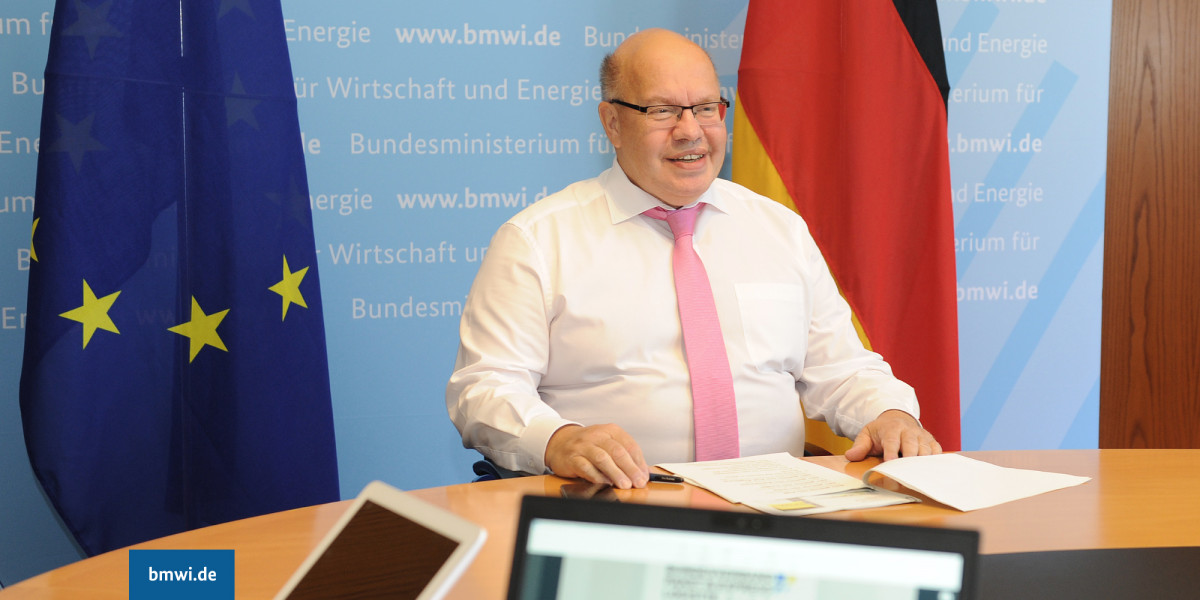 "Some decisions should not be put into questions every few months:" Altmaier says basic principles of climate action should not be questioned in election campaigns. Photo: BMWi

One year before Germany's next general election, economy minister Peter Altmaier calls for a "historic consensus" between all democratic parties, businesses and civil society to ensure that climate action and the decarbonisation of the economy do not become pawns in election campaigns. The conservative politician called rapid and determined measures to curb global warming "the key task of our generation" and warned that especially young people could become alienated from politics if lawmakers failed to act on their concerns about climate change. Altmaier also presented a list of proposals he will make to his government colleagues aimed at ensuring emissions reduction in the country no longer depends on day-to-day politics. [UPDATES comments by env min Schulze, Altmaier on EU targets, party reactions]

Climate policy in Germany needs a "historic consensus" from industry, civil society and all democratic parties in parliament, in order to succeed and not be watered down constantly by political day-to-day business, economy minister Peter Altmaier has said. Reducing global warming is "the key task of our generation" and far too important to come under the wheels of relentless political debate about the general aims and tools to achieve it, the minister said, reiterating a very critical assessment of Germany's climate policy record of the past decades. "We're headed towards an ecologic catastrophe and we've known about this for at least 30 years."

Altmaier added that the government had "disappointed many people who consider climate action to be important." He argued that "many things could have happened a lot quicker" in terms of emissions reduction since the 1990s. This has not been the case due to a constant conflict between climate activists and business, as well as a disregard of the topic's overwhelming importance by consecutive governments, he argued. Speaking one year before Germany holds its next general election in autumn 2021, Altmaier urged a cross-party consensus that "takes basic assumptions out of the political debate" and puts German climate policy on a solid footing that cannot be shaken by election campaigns or changes in government.

Observers on social media were quick to wonder whether Altmaier's initiative was a tactical move in light of the upcoming elections, interpreting the statement by the minister from the conservative CDU/CSU alliance as an invitation towards the Green Party. A coalition between the two camps is seen as one of the most probable outcomes of the next election, although none of the parties has confirmed they will work together. However, Altmaier insisted that his intervention was aimed at all parties in parliament willing to work towards a true consensus. Altmaier's intervention came only days after finance minister Olaf Scholz, who is also candidate for chancellor of the CDU/CSU's coalition partner, the Social Democrats (SPD), also urged that decarbonsation in Germany must be made "irreversible."

Altmaier is not the first to call for such a societal compromise. In 2019, his colleague and head of Chancellor Angela Merkel’s Christian Democratic Union (CDU) Annegret Kramp-Karrenbauer had already advocated for a "national climate consensus" in what media commentators saw as an attempt to "moderate away" the Green Party's key campaign issue.

He said young people in particular are beginning to protest against the fact that they will be the ones bearing the lion's share of damages and costs caused by global warming, and that policymakers risked losing them as allies in the democratic process if their calls went unheard. The government therefore has to present credible strategies for achieving the goal of greenhouse gas neutrality in Germany and Europe by 2050, but also ensure that this does not happen at the expense of economic competitiveness. "Otherwise we'll do climate action a disservice," Altmaier added, arguing that Germany has to convince other countries with best practices in sustainability that retain economic strength and provide incentives to emulate. The economy and the climate are like "Siamese twins," he continued, explaining that the aims in one field cannot be achieved without securing stability in the other.

He stressed that the goal of reaching climate neutrality by the middle of the century, rather than an 80-90 percent reduction of greenhouse gases, will mean "a massive change not only in quantity – but especially in quality" since this implied that flights emitting CO2 and steel factories using coke coal would no longer be allowed. This is technically possible, Altmaier said, adding that now was the time to acknowledge the costs and other consequences of this momentous decision.

Regarding the EU Commission's expected proposal on 16 September to increase the bloc's 2030 emissions reduction target, Altmaier said he did not want to make premature conclusions what this would mean for Germany but promised he would "do my part" if a higher target is adopted. German industry representatives had heavily criticised the expected proposal, arguing there would not even be clarity on how it could be achieved. Environment minister Svenja Schulze, who has already put herself behind raising the target from 40 to 55 percent compared to 1990 levels, said she would "take my colleague by his word" in coming government meetings. Altmaier would now be able to "walk the talk" and accelerate important developments like renewables expansion. "If we had had this confession two years ago, we could have avoided some meaningless disputes about the Climate Action Law, the carbon price or wind power distance rules," Schulze said according to media network RND.

The minister presented a catalogue containing 20 concrete proposals for anchoring climate action more firmly in the country's political structure. These include a "Charter for Climate Neutrality" that unites actors from all areas of society behind the common goal of achieving net-zero emissions by 2050. It should spell out detailed annual reduction steps from 2022 onwards, "so that each generation knows what they are facing in terms of emissions efforts." He further proposed to devote a fixed share of GDP for climate action each year; a pledge of public institutions to reach neutrality by 2035; new market-based emissions reduction tools, such as carbon contracts for difference or emissions reduction auctions; a publicly accessible scoreboard that illustrates in real time how important actors work on decarbonisation; an industry label for climate friendly products; institutions that promote German and European climate efforts and achievements globally, and other measures.

"Some decisions should not be put into questions every few months," Altmaier said, arguing that "business and climate activists have to understand that they can only win by working together." He said the biggest difficulty for many companies will be uncertainty regarding the course of climate policy, which adversely affects necessary investments. "There can only be clarity if we all agree on 2050,” he warned.

Representatives of other parties in a first reaction criticised Altmaier's proposal. Michael  Theurer of the pro-business party FDP calling it a "harbinger" of a CDU/CSU-Green Party coalition after the 2021 election, newspaper Die Welt reported. The minister would bet on "a CO2 tax and nationalisation instead of the social market economy," he argued. Green Party co-leader Annalena Baerbock told news magazine Der Spiegel that her party would always support policies that strengthen the Paris Climate Agreement. But she questioned the propsals "seriousness" and said the Greens would not be available for "red herrings" that distract from concrete policymaking.

Matthias Miersch of the CDU's coalition partner SPD told RND Altmaier "didn't do his homework" before announcing his proposal. With respect to key energy transition policies, the minister "didn't move things forward for years," he criticised. The Left Party's Lorenz Gösta Beutin argued Altmaier's ideas came too late and are "to weak and non-binding" to be effective. Moreover, a climate consensus that claims to span the entire society would amount to "removing policymaking altogether."