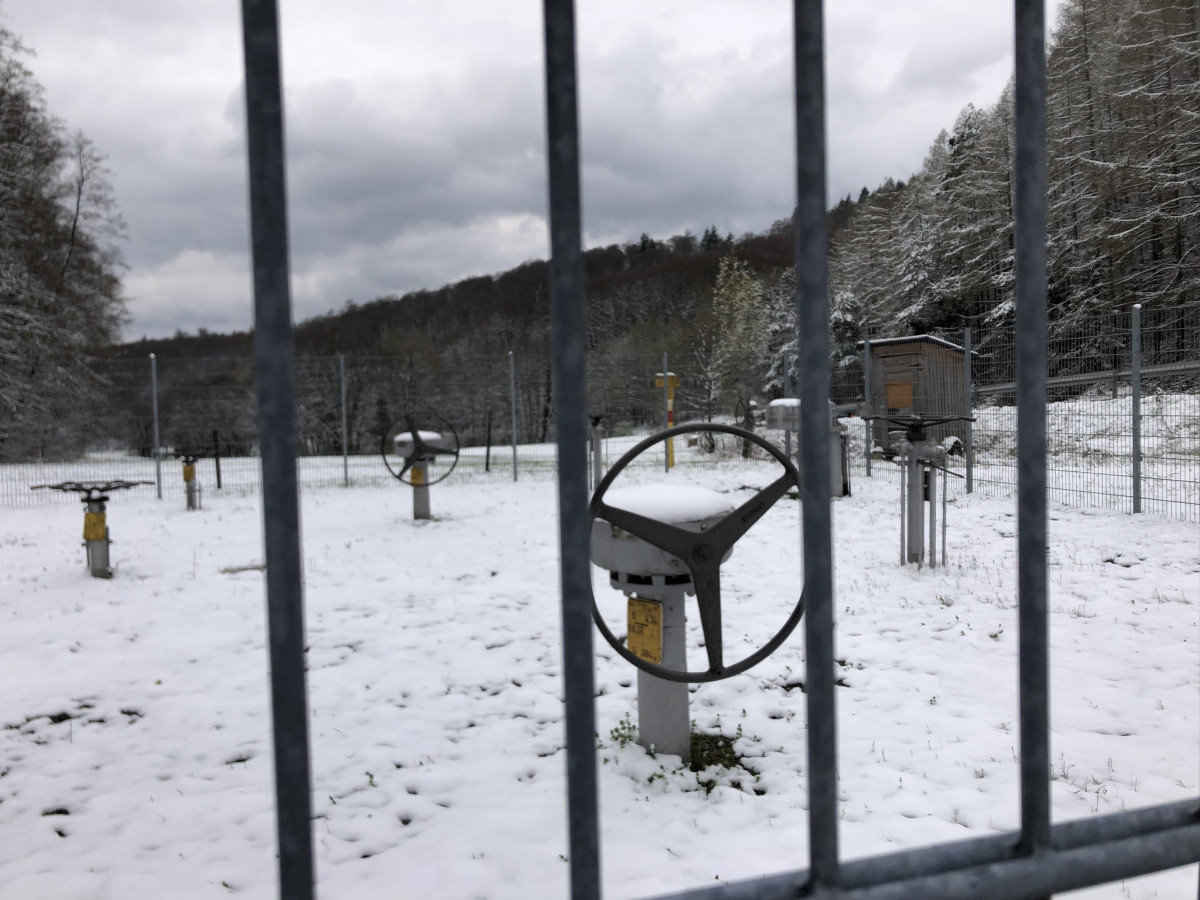 A halt to Russian gas supplies could be a major challenge for Germany next winter and see the economy shrink. Photo: Appunn/CLEW.

Germany is facing a 2-percent drop in its GDP in 2023 in case of an immediate halt to imports of Russian oil, gas and coal, leading economic institutes said in their joint forecast. This is in line with other recent forecasts, but stands in contrast to warnings by the government that a halt especially to gas imports from Russia would plunge Germany and Europe into a deep recession. Germany is under pressure from other EU member states to agree to a full embargo on Russian fossil fuels.

Leading German economic institutes have said an immediate embargo on Russian fossil fuel supplies would lead to a 2.2 percent fall in GDP in 2023 – in line with other recent forecasts, which stand in contrast to the government’s warnings of stark consequences for the economy. The joint economic forecast by IfW, DIW, Ifo Institute, IWH and RWI Essen foresees a 1.9 percent GDP increase this year.

Still, the economic institutes warn of a possible economic downturn to come. “If gas supplies are stopped, the German economy is facing the threat of a sharp recession,” said Stefan Kooths, vice president of the Kiel Institute for the World Economy, the lead author on the report.

Due to the high level of uncertainty about gas supplies from Russia, which are important for the German economy, the institutes calculated two scenarios for economic development in their forecast. One assumes continued gas deliveries and no further economic escalations (baseline scenario), the other assumes an immediate halt to Russian gas deliveries (alternative scenario). In the scenario of an immediate embargo, gross domestic product (GDP) falls by 2.2 percent in 2023. The cumulative GDP loss in the event of a supply freeze amounts to 220 billion euros in the two years 2022 and 2023 alone, which is equivalent to more than 6.5 percent of annual economic output.

Germany is under considerable pressure from other EU member states to sign on to a comprehensive energy embargo on Russian oil and natural gas supplies. However, the government has time and again warned that weaning the country off Russian gas would plunge Europe into a recession and endanger hundreds of thousands of jobs. The EU – with Germany’s support – has recently decided to stop hard coal imports from Russia but agreed a four-month phase-out period. An oil embargo is currently being discussed.

While especially gas-intensive businesses, such as chemicals company BASF, have warned against an embargo, 40 percent of German companies are in favour, according to the German Business Panel survey by the University of Mannheim, reported Süddeutsche Zeitung.

Since the Russian invasion of Ukraine, the mood among German companies has deteriorated dramatically, writes Süddeutsche. Before, companies on average still expected to make more profit and invest more in 2022 than in the previous year – that would have been the upswing after the coronavirus pandemic. But now both values are declining rapidly, averaging minus four percent, the survey showed.

Energy industry association BDEW’s president Marie-Luise Wolff cautioned against introducing an embargo too quickly. “This must be done swiftly, but still according to the principle of ‘care before haste’,” she said. “It is no use spreading overly optimistic assumptions and unsupported assertions. After all, we are talking about nothing less than the transformation of the entire German industry, and the concept for this cannot be written down on a few pages.”

About half of the people in Germany are already changing their energy consumption habits to save money and gas but a majority is opposed to a quick embargo on Russian energy supplies, a survey conducted by pollster Allensbach Institute in March 2022 found. In the survey carried by the Frankfurter Allgemeine Zeitung that was made before reports about war crimes committed by the Russian army in Ukraine had emerged, 57 percent of respondents said they agreed with the statement: "Of course it is problematic that Germany continues to buy oil and gas from Russia. However, we cannot replace the energy supply from Russia in the short term without bottlenecks or further price increases. So for the moment we have to continue buying oil and gas from Russia."

By contrast, 30 percent agreed that “Germany should immediately halt the purchase of oil and gas from Russia.” The institute stressed that most other economic sanctions on Russia enjoyed widespread backing and that 68 percent wanted the country to become more independent from Russia. Over 70 percent of respondents said high energy prices and inflation were causing them great worries and nearly two-thirds believed that their own energy security was at risk. While only about one in four respondents in 2019 said they worried about the country’s long-term energy security, the figure climbed to 86 percent in 2022.

Regarding energy production and climate, 77 percent favoured a rapid expansion of renewables, but a majority, 54 percent, also said they doubted Germany would have a power system fully based on renewables by 2050, the institute said. Compared to 2021, the support for a fast coal phaseout dropped from 34 to 23 percent and 57 percent said the country’s remaining nuclear power plants’ runtime should be extended beyond the current end-of-year deadline.