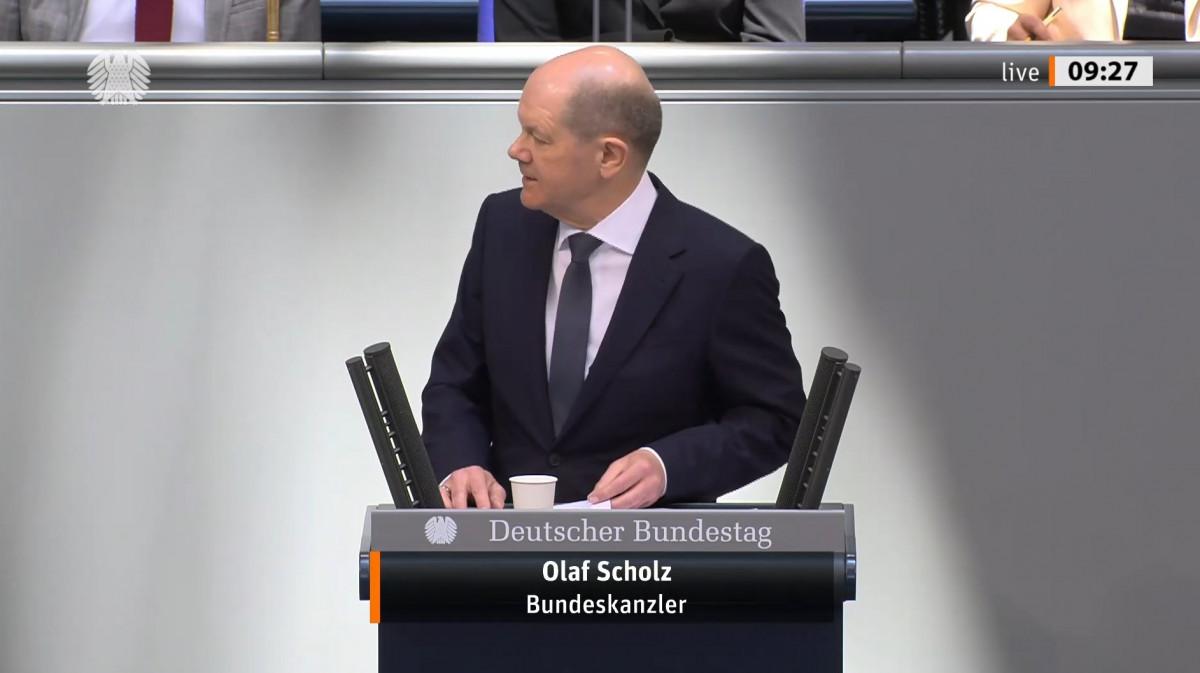 A sudden stop of energy imports from Russia would threaten "hundreds of thousands of jobs" and push Europe's economy into recession, German Chancellor Olaf Scholz warned. He said Germany will end its energy dependence as quickly as possible by speeding up the rollout of renewables and taking steps to save energy. With a view to EU leaders' pending discussions about the energy crisis, German industry warned the bloc is unprepared for a short-term embargo and must not take "hasty reactions with incalculable consequences”. Meanwhile, German authorities and industry have started preparations for a drop of Russian gas supplies, by discussing a shutdown sequence in case of an emergency. [UPDATE adds govt official quotes + Habeck reaction to Putin announcement gas contracts will be in roubles]

An immediate stop of fossil fuel imports from Russia to Germany would gravely endanger Europe’s economy, said Chancellor Olaf Scholz. Germany’s dependence on Russian oil, coal and gas imports had increased over decades, but Germany would now end it “as quickly as we can”, Scholz told lawmakers during a debate on the federal budget in the Bundestag.

“But to do so from one day to the next would be to plunge our country and the whole of Europe into recession. Hundreds of thousands of jobs would be at risk, entire industries would be on the brink.” The sanctions implemented up until now already “hit many citizens hard, and by no means only at the petrol pump”, said Scholz. Sanctions must not hit the European states harder than the Russian leadership, as “it serves no one's interests if we are willingly putting our economic substance at risk”. During a press conference, Scholz’ spokesperson Steffen Hebestreit was later asked whether the chancellor’s comments were set in stone. “The statement that the chancellor made on behalf of the federal government on the subject of the export ban, [he made] for the status quo,” replied Hebestreit.

A government source in Berlin said that Scholz and ministers have emphasised an embargo is “not on their agenda currently” due to the high dependence on Russia. The inversion of the argument would thus mean “once we are independent enough, we can think about it. But we are far from that point.” Still, current efforts to become less dependent on Russian supplies in the short term “will definitely enhance our ability to act.”

At the same time, Germany would stick to its basic strategy that “all options are on the table” to keep a certain flexibility of possible actions. The official added that it might not always be necessary to use sanctions, as companies have already decided to forego Russian sources. “If demand gradually moves away from Russian energy commodities in other directions, then we may not need sanctions at all.” 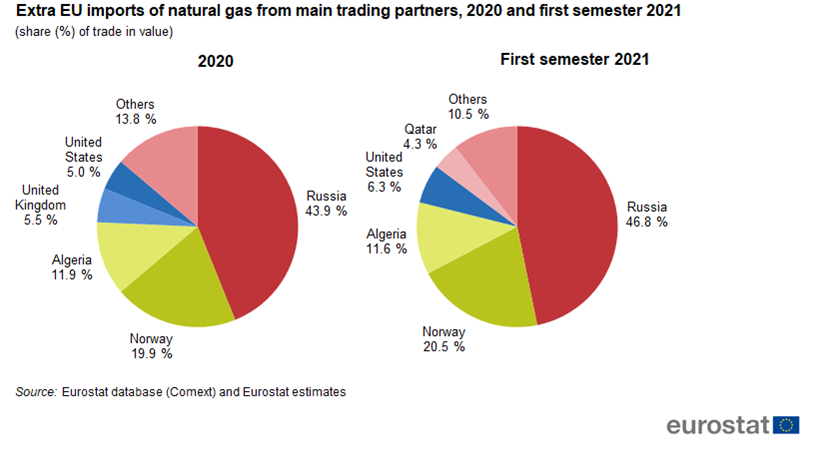 Scholz said that the only sustainable reaction to energy dependence and high prices are renewable energies and energy efficiency. The motto is not “now, slow down!”, but “Now more than ever”, said the chancellor and called for a quicker roll-out of renewables.

With a view to the European Council summit this week (24-25 March), where EU leaders are set to debate how to tackle high energy prices, Scholz came out against fundamental changes to how the European market works. “I say quite frankly: there will be no undermining of market mechanisms or permanent subsidies, especially on fossil energy. Fiscally, such a thing would not be sustainable and ecologically, completely the wrong incentives would be set.”

The German government has repeatedly highlighted its dependence on Russian supplies and has opposed an all-out energy embargo called for by several EU member states. It has also generally been opposed to fundamental changes to the European energy markets to cushion the effects of high prices on citizens.

“We do not assume that there will be an immediate embargo decision” at the European Council, said the official in Berlin.

German industry warned the EU against "hasty reactions with incalculable consequences in the further handling of sanctions”. The bloc is not prepared for a short-term, comprehensive energy embargo, industry lobby group BDI said. "It would jeopardise its unity and ability to act economically and politically. A lack of energy supplies would risk production stops with incalculable consequences for supply chains, employment and also our country's political capacity to act," the association said.

Germany's steel industry also warned against the dire economic consequences of a gas embargo. "Without natural gas from Russia steel production would currently not be possible," said industry association VW Stahl, adding steel is a base material and the starting point for nearly all industry value chains. "An immediate import stop of Russian gas would therefore not only lead to production stoppages in the steel industry, but also to a slump in industrial production in Germany and the EU," the lobby group warned. Germany needs to reduce its dependency on Russian energy imports by rolling out renewables, establishing alternative supplies, and scaling up a hydrogen economy - but an immediate embargo on gas imports could lead to permanent job losses and grave economic damages, the association said.

The steel industry uses gas as a fuel for heat generation and for chemical reactions in various steps of steel production and processing. German steel companies consume around 2.1 billion cubic metres of natural gas per year, while the country's entire industry uses 38 billion cubic metres. "Economic alternatives are not yet foreseeable in the medium term before 2030," the steel industry said.

German authorities have started to make preparations for a drop of Russian gas supplies. The country's grid agency, the regulator overseeing energy infrastructure, discussed the criteria for cutting the supply of large industry consumers with the economy ministry, industry association BDI, and energy industry association BDEW last week. "It's about being prepared for a case that we hope will never materialise," the grid agency's head Klaus Müller said, according to a report in Frankfurter Allgemeine Zeitung.

Large industrial groups have already received letters from network operators asking them to outline their energy needs in anticipation of possible shortages next winter, people who have seen the requests told the Financial Times. Two industrial companies with plants in the east and south-east of Germany told the newspaper they had been warned by their local suppliers that gas deliveries could be curtailed by the end of the year.

Reuters reported that Russian president Vladimir Putin announced his country would switch its gas sales to “unfriendly” countries to roubles. Economy minister Habeck said: "This is first and foremost a breach of the contracts and we will talk to European partners about how to respond to this."