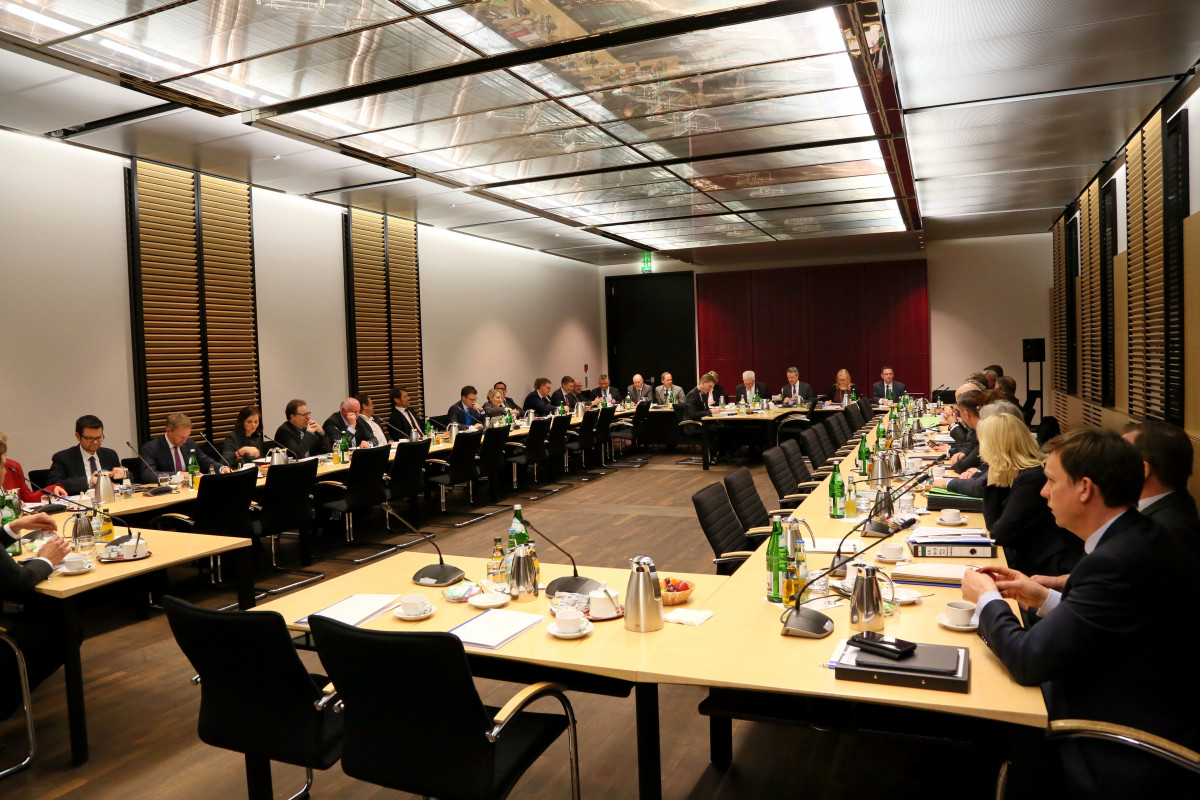 German lawmakers have reached a preliminary agreement to raise the planned CO₂ price for the buildings and transport sectors. The starting price of the mechanism contained in the country's so-called climate package is to be increased from 10 to 25 euros for the year 2021 and will gradually climb to 55 euros in 2025. Additional revenues will be used to lower the power price, a document on the agreement said. Energy industry, researchers and NGOs who had criticised previous plans as not ambitious enough welcomed the new deal, whereas chemical industry association VCI warned it could threaten the competitiveness of German companies. [UPDATE adds comments by Merkel, BDI and media commentaries]

Members of Germany’s national parliament and the federal and state governments have found a compromise on contentious points from chancellor Angela Merkel’s climate package. Lawmakers agreed to raise the 2021 starting price in the country’s planned national CO₂ pricing system for transport and buildings from 10 to 25 euros, said a document from the talks seen by Clean Energy Wire.

Additional revenues resulting from this increase over original plans will be used to lower the renewables levy consumers pay with their power bills (EEG surcharge), and to pay for a slight raise of the commuters allowance, said the agreement.

Chancellor Angela Merkel commended the “excellent work” of the negotiators and said she was happy that the council of state governments would likely be able to officially accept the deal at the end of this week. “What particularly pleases me is that there was a great will across party lines to find a solution here and not to have a political impasse. That is what distinguished the matter somewhat from the Madrid climate conference, fortunately positively on our side,” she said.

Meanwhile, a survey by Forschungsgruppe Wahlen for public broadcaster ZDF showed that 59 percent of respondents did not support the demand to increase the planned CO₂ price. Only 27 percent say they think that a higher CO₂ price would lead to more climate-friendly behaviour.

The agreement on CO₂ pricing was reached by a working group set up by the mediation committee between the national parliament (Bundestag) and the council of state governments (Bundesrat). States had appealed to the mediation committee at the end of November, as they want financial compensation for the planned reductions in value-added tax for train tickets and the tax incentives for energy-efficient buildings. Officially, the committee is debating these tax projects of the climate package. However, the process was now used by the Green Party – which is part of many state government coalitions – to also negotiate a higher CO₂ price.

The full committee is scheduled to meet again on 18 December to decide a wider package, including the CO₂ price agreement. Discussions on tax rebates for energy-efficient modernisation of buildings were ongoing as of Monday morning (16 December).

Winfried Kretschmann, Green state premier of southern industrial powerhouse Baden-Wuerttemberg, told news agency dpa that “our pressure has ensured that the meagre entry-level price of the grand coalition was almost tripled" and thus "could have a certain steering effect".

Holger Lösch, managing director of industry association BDI, said, “Of course we are very worried” as the increase does not take into account the competitive situation many small and medium-sized German companies are in. Other countries which already have such a carbon price are easing the burden on their industries at the same time, and Germany should do the same, Lösch told Deutschlandfunk.

“It’s good we found an agreement with the Greens,” said Matthias Miersch, deputy parliamentary head of the Social Democrats. “In comparison to their demands the agreed entry-level price is moderate,” he added. This was important, as “climate action must not be forced via the price.”

Researchers, economists and Green Party lawmakers had criticised the 10-euro entry-level price in the planned carbon pricing system as too low to cause a change in the behaviour of citizens. Both Bundesrat and Bundestag had approved the bill already, so lawmakers now have to introduce an amendment and adopt it in parliament early next year.

The states will also receive a total of 1.5 billion euros in financial compensation between 2021 and 2024 to ensure a “fair sharing of the burden” resulting from implementing the federal government’s climate action programme, said the agreement.

Good signal for many, but red warning light for mid-sized chemical industry

“This is a very good signal for climate action,” said Kerstin Andreae, head of energy industry association BDEW. With the agreement, the federal and state governments showed that they “want to take serious steps in emissions trading. The entry-level price of 25 euros per tonne of CO₂ in the transport and buildings sector corresponds - as we demanded - to the allowance price in European emissions trading,” said Andreae.

Government advisor Ottmar Edenhofer – head of the Potsdam Institute for Climate Impact Research (PIK) and the Mercator Research Institute on Global Commons and Climate Change (MCC) and long-time defender of a higher CO₂ price – said the agreement is a “courageous step” and the price path “might actually lead to greenhouse gas reductions”. Especially in view of the weak result at COP25 climate conference in Madrid “it is good that Germany wants to make its contribution to stabilising the climate,” said Edenhofer.

NGOs cautiously welcomed the agreement. However, Martin Kaiser, Greenpeace Germany’s managing director, said “even a price of 25 euros per tonne is still too low.” A steering effect would not happen before additional increases by 2023 – “much too late,” said Kaiser. He called for a price of at least 80 euros per tonne of CO₂.

The German Chemicals Industry Association (VCI) warned that the government should not forget businesses facing international competition. “With the increase of the CO₂ price from 10 to 25 euros, the warning light for the competitiveness of SMEs in the chemical industry no longer flashes yellow but red,” said VCI managing director Wolfgang Große Entrup.

The climate package’s basic design flaw remains, as the commuters’ allowance increase is still part of the deal, writes Antje Hönig in an opinion in Rheinische Post. “Thus the steering effect of the CO₂ price is immediately eliminated,” Hönig states. “Those who aim to persuade drivers to switch to alternative drives or means of transport must make them feel the CO₂ price and offer them an alternative infrastructure at the same time.”

The new agreement means that Germany is entering into the “next climate decade more ambitious than it originally seemed,” writes Manfred Schäfers in an opinion piece in Frankfurter Allgemeine Zeitung. “With some questions still unanswered, one thing is certain: the burning of oil and gas will certainly not become cheaper any more.”

The decision to increase the CO₂ price is “somewhat courageous”, as the effects will become clear “in the election year 2021, of all years,” writes Klaus Stratmann in an opinion piece in Handelsblatt. “The headlines about a ‘petrol price shock' are foreseeable.” The government must ensure that there will not be a burden on small and medium-sized companies in industry – those companies not under the European Emissions Trading System (ETS), Stratmann adds.

Cordula Tutt writes in WirtschaftsWoche that with the agreement the government’s “climate package” is worthy of its name. The success of the negotiations likely came down to the Green Party’s pressure, as well as the calls for planning security and good framework conditions by German industry, writes Tutt.