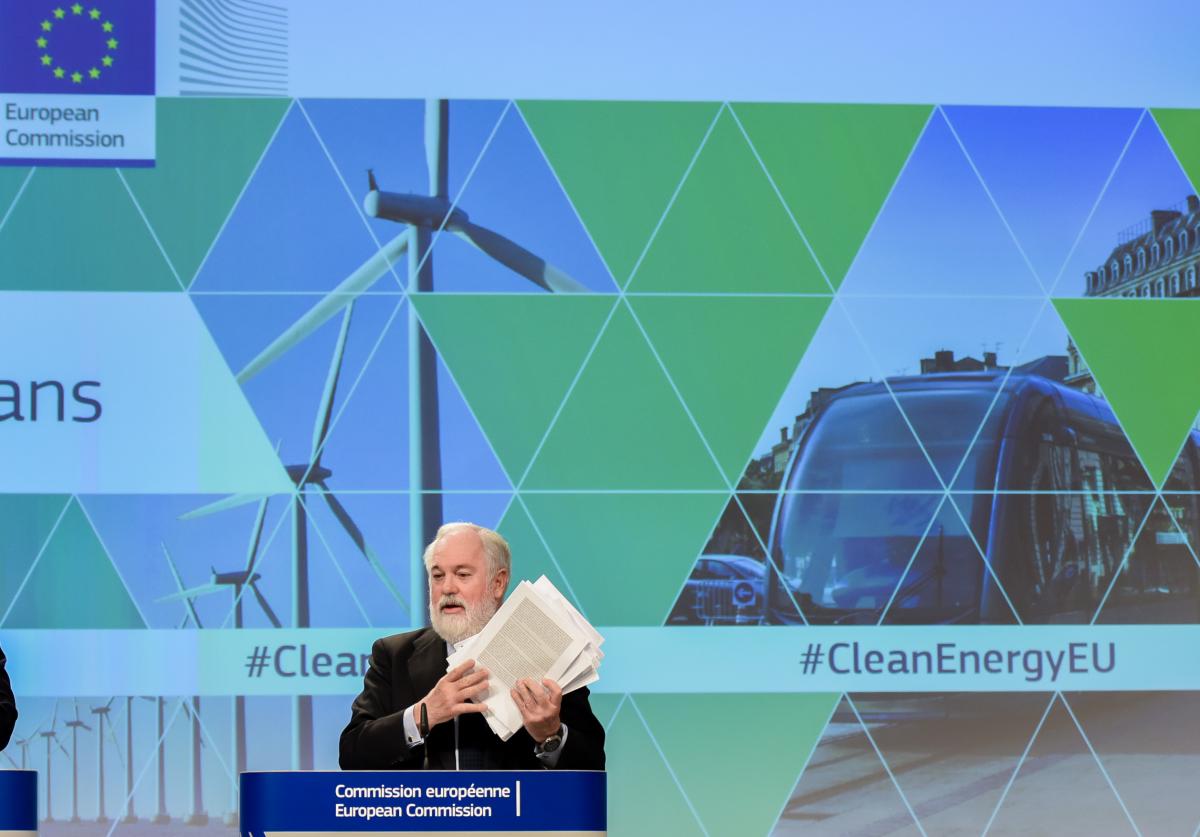 Miguel Arias Cañete, EU Commissioner for Climate Action and Energy
“Putting energy efficiency first, achieving global leadership in renewable energies and providing a fair deal for consumers” are the objectives of the EU Commission’s energy package. The paper presented on Wednesday, also dubbed “winter package,” was greeted with mixed reactions. Many stakeholders welcome the general aim of integrating European energy markets and capacities, but the specifications for cross-border cooperation and the role of renewables and fossil fuels in the Commission's several hundred pages-long package have been met with criticism.

“More coordination and convergence of national energy policies based on a strengthened European market and an ambitious efficiency goal of 30 percent until 2030 – that’s pointing in the right direction. (…) Also, it is important that energy security is no longer regarded from a national but rather from a cross-border perspective. A common and well integrated market needs fewer power plants and therefore decreases costs for consumers. For other topics, however, this is still is no quantum leap. The proposition for the renewable energy directive misses the chance to stipulate concrete guidelines for national support schemes. A patchwork of individual permissions will not make us the frontrunner in the international race for jobs of the future.”

“The package puts Germany’s energy transition in chains and blatantly spurns the Paris Agreement. With the capacity markets, the still powerful coal and nuclear lobby is seeking a life insurance for its dirty and dangerous plants (…) It is careless to abolish guaranteed reimbursements for renewables before coal plants can cover the high follow-up costs of its dirty power via a functioning emissions trading scheme (…) The German government must defend grid priority, the guarantor of the Energiewende’s success,” Schinerl said in a press release

“The commission’s propositions are a long overdue sign against single-handed national energy policies (…) From now on it will be important to tap into the potential for bringing down power prices with a common power market. Since 2008, the costs for supporting renewable energy sources and combining heat and power have increased threefold – with Germany leading the field. This distorts competition in Europe and weakens our companies (…) We were hoping for clear criteria regarding cost efficiency within supports schmes.”

“The commission’s recommendations are a logical step towards a functioning EU energy market (…) Premature prophecies of doom such as calling the winter package the end of renewables ignore technological and economic realities (…) We soon need clarity when it comes to the design of tendering procedures in order to have sufficient investment security for the further expansion of renewables. The goal has to be to keep costs down.”

“The propositions for renewables lack ambition and determination. A share of 27 percent of energy consumption by 2030 is way too low, it ought to be increased to 45 percent (…). Grid priority for renewables (…) is a cornerstone for supporting renewable energy sources. It offers investors incentives and planning reliability. Diminishing this priority (…) put future investments in renewables at risk (…) Technologies with low CO2-emissions must be given priority (for capacity reserves). Coal must not be subsidised through the backdoor.”

“The energy efficiency directive is extremely effective. Without it, affordable energy transition in Europe would be inconceivable. If we are ambitious in this field, our economies can only gain. It comes therefore as no surprise that many companies are eager to see an even more ambitious revision of the directive.”

“The (…) energy package misses the opportunity to make the European Union the leader in renewable energy. The present framework for support schemes lacks investor and legal security (…)” Limiting grid priority “slows down energy transition” and “undermines national climate protection targets (…) Designing their energy transition, ownership structures and the technologies used should remain within the realm of nation states (…) Forcing member states to open their markets in spite of very different surrounding conditions leads to distorted competition.”