German reactions to reports on US withdrawal from Paris Agreement 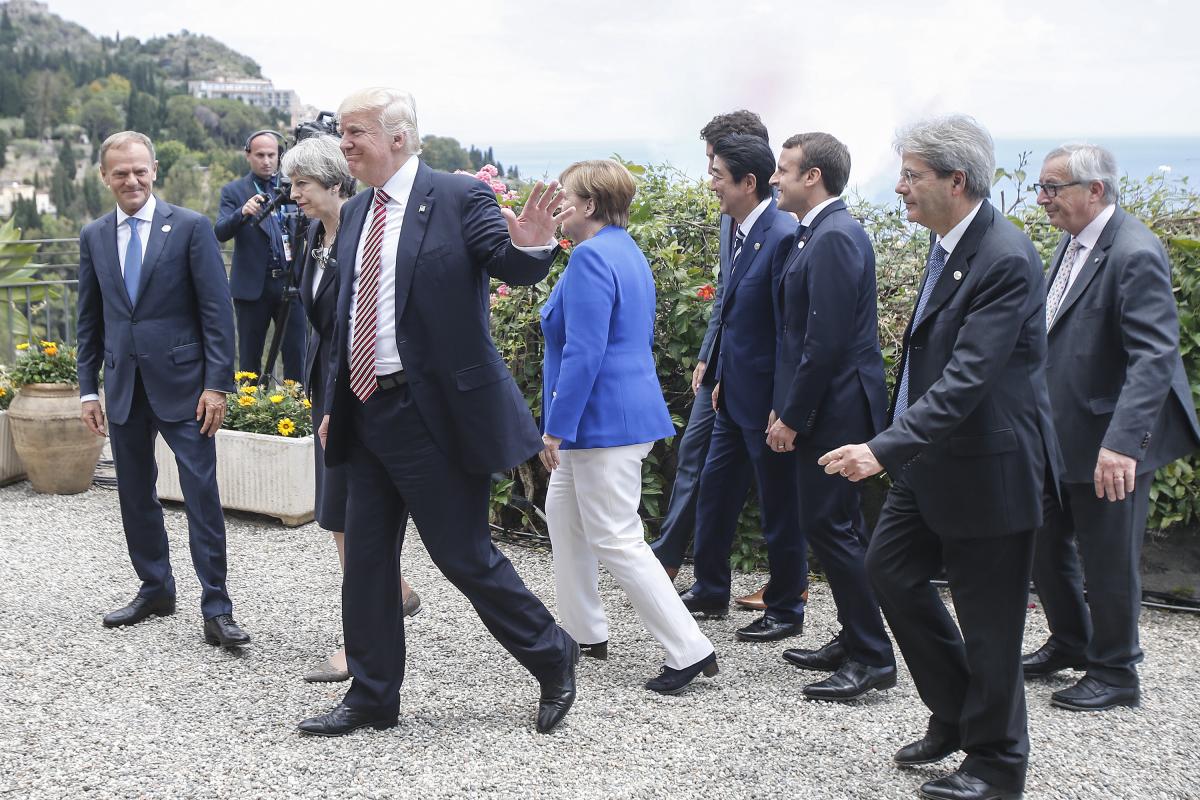 US President Donald Trump at the G7 summit in Italy. Photo: EU Council
According to several US media reports, the Trump administration has decided to withdraw from the Paris Climate Agreement. The US President said on Twitter he would announce his decision on Thursday. The USA would be the first country to leave the seminal 2015 treaty signed by nearly 200 individual nations that agreed on keeping global warming well below two degrees Celsius. CLEW provides first reactions from Germany.

Please note: This collection of reactions will be updated continuously.

A spokesperson of the German Federal Government told Frankfurter Allgemeine Zeitung it had no information on a decision by the Trump administration as of yet. However, she affirmed Germany's strong commitment to the Paris Agreement. "The government hopes the US will remain a party to this agreement also in the future," she told the newspaper.

"There is time to assert pressure until the US administration announces its decision. If Chancellor Angela Merkel wants to leave a final mark before the federal elections in September, she will now pick up the phone, call her colleague across the Atlantic and persuade him to remain in the Paris Agreement."

“If we want to live up to our responsibilities towards our children and their children, then there is no reasonable alternative to a sustainable climate policy. That’s why I think it’s disastrous, if climate policy is sacrificed on the altar of short-term political and economic interests – which seems to be the combination for US President Trump.” [link to video]

“It would not substantially harm the progress of global climate policy, should the US actually leave the Paris Agreement; it would harm the USA. China and Europe will become global leaders on the path to a clean and secure energy future, and they will reinforce their position, should the US backslide into a domestic focus. Innovative US states like California – the sixth largest economy of the world – will continue their emission reduction efforts. Trump’s people sit in the trenches of the past, instead of building the future. What they do not recognise: Climate wars are over – the race for sustainable prosperity is on.” [Zeit Online]

“A possible decision of US President Donald Trump to withdraw from the Paris Agreement would be disappointing. According to the World Energy Council`s energy scenarios until 2060, an even much closer international cooperation would be necessary in order to reach the global climate protection goals. However, the US-President`s influence on market developments is limited: Decreasing technology costs and innovations are the driving forces towards more climate-friendly energy supply worldwide.”

Christoph Bals, Policy Director of environmental NGO Germanwatch and member of the board at Climate-Alliance Germany

“The disgraceful drama by President Trump is a remarkable act from the tragedy of short-term horizons. That’s what it looks like when somebody is proud of not knowing his responsibility, harming countless people and surrendering the moral and leadership role of his country. A clear signal for the implementation of the Paris Agreement by 19 countries at the G20 summit in Hamburg would now be the right reply.”

“A country that usually stands for innovation does not want to take part in the most fascinating and innovative industry policy project? It's hard to believe. This is a heavy blow for the international climate policy debate. However, it won't stop the global energy transition. Not even in the USA, as we know from many discussions we've had in the country with a variety of players.”

“It would be a bitter setback for global climate protection, but not the end. Renewable energies grow fast, also in the USA. Even Republican states like Texas don’t let Trump spoil the booming wind energy business. Trump can delay the decline of climate-harmful coal, but he won’t be able to stop it.” [interview in Stuttgarter Zeitung, 1 June 2017]

“Should Trump preserve energy technologies of the past, it would set the US back several years in the competition for climate-friendly technologies. And it will be expensive, as investing in the past means stranded investments. […] US energy transition cannot be stopped, because companies more and more bet on the future, not on the past. […] Yet, the real loser is the global climate. Other countries will hardly be able to step in for necessary emissions reduction efforts. […] Trump is the wrecking ball for climate protection. […] The other countries will have to get used to negotiating without the US. There will be G6 and G19 decisions for climate protection. [German] Chancellor Angela Merkel will have to take on the leadership role for global climate protection.”

“The right answer to Trump would be for Angela Merkel to proclaim a European Climate Union, for example with [French President Emmanuel] Macron, and announce Germany’s exit from coal power at the next G20 summit.”

"The US further isolates itself and loses its voice in future climate negotiations. Trump's decision is a heavy blow for international climate policy [...] It's a real problem that the US are not going to pay into the climate funds after the exit anymore; which is meant to help poorer countries to implement climate protection measures [...] But this is not the end of climate protection in the US: The federal states mostly make energy policy decisions themselves."

"A possible withdrawal by the US from the Paris Climate Agreement would show that the importance of businesses increases when it comes to achieving the climate targets. Companies in the US and beyond have to demonstrate that they seize the opportunities offered by climate protection and actively engage in transforming the economy. Because one thing is certain: Corporate climate protection is an innovation driver and a way for businesses to become competitive for the future."