Germany will probably reach its target of having one million fully electric or plug-in hybrid cars on the road this year, government advisors have said. The head of the country's National Platform Future of Mobility (NPM), Henning Kagermann, told business daily Handelsblatt he was pleased "that it appears we will reach the one million mark in e-vehicles this year." NPM manager Franz Loogen, who heads the platform's climate division, even forecast that "we will have one million e-cars on the road by the middle of the year."

In 2010, the government set the electric mobility target for 2020, but the NPM last year postponed it until 2022 given initially sluggish demand. But sales picked up sharply in the second half of the year due to new government incentives, pushing total registrations to almost 600,000 electric cars by the end of the year, according to auto industry association VDA. About half of these were plug-in hybrids, which also count towards the government's target. Environmental activists criticise the subsidies for plug-in hybrids, because many are rarely driven in electric mode. Germany plans to have seven to ten million electric cars on the roads by 2030.

The NPM recommended in its latest progress report that plug-in hybrids should be equipped with an automatic switch to increase the use of electric propulsion. "Due to the high proportion of internal combustion engine-powered vehicles in the existing fleet and the current positive market development of plug-in hybrid vehicles, CO2 emissions can be reduced through the use of alternative fuels,” the NPM report states. It also says plug-in hybrids can help preserve car industry jobs during the transition to clean mobility, because they can "spread out the reduction in the workforce over time." Registrations of new pure electric vehicles recently overtook plug-in hybrids in Germany.

Buyers of pure electric vehicles in Germany get a premium of 9,000 euros, and those opting for a plug-in hybrid 6,750 euros. Drivers installing a charging point at home can receive an additional 900 euros. Loogen warned the current rise in sales should not yet be considered a breakthrough, and that Germany should not only rely on electric mobility. "We will only lower CO2 emissions in the transport sector if we rapidly scale up all technologies and can sell them in sufficient amounts and at competitive prices. This is true for electric cars, electric buses, but also for synthetic fuels." 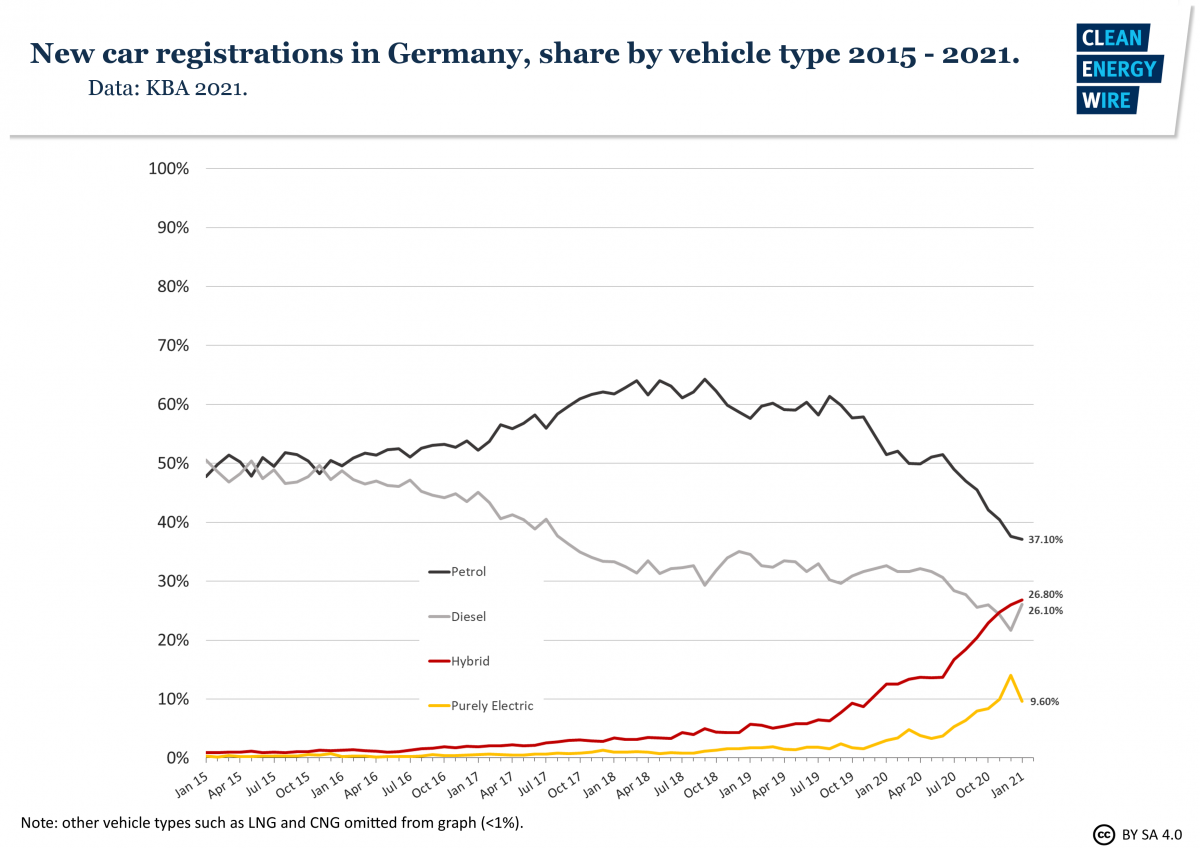