Germany stays out of call for stronger carbon pricing in EU 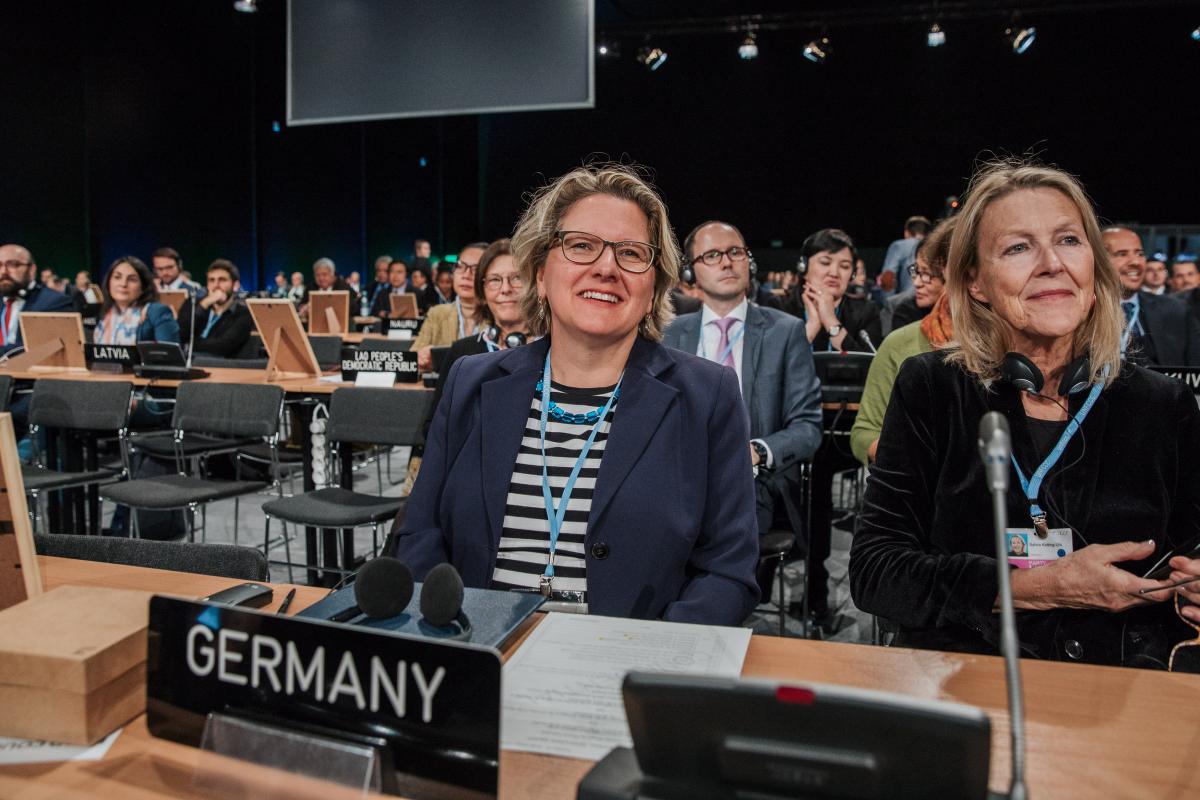 Germany abstained from a call by nine other European countries for a stronger and extended role of carbon pricing at the COP climate conference in Katowice. The German environment ministry said it did not want to pre-empt the country’s coal commission in charge of defining instruments for an exit path from coal-fired power generation.

Germany decided against joining a call by other European countries to “strengthen and extend carbon pricing in Europe” because the environment ministry didn’t want to interfere with ongoing discussions on CO2 pricing by the country’s coal commission.

The nine signatories call for an extension of the European Emission Trading System (EU ETS) with the aim of strengthening the carbon price and reaching the long-term objectives of the Paris Agreement. Currently, only 52 percent of all EU emissions are covered by an explicit carbon price. The countries therefore suggest that added mechanisms such as carbon price floors or carbon pricing in non-ETS sectors would provide “robust and predictable price signals” across the economy that would trigger more effective decarbonisation.

The initiative by the French government was published during the second week of the UN climate summit in Katowice where countries are negotiating to finalise the implementation rules of the Paris Agreement. Environment and energy ministers from France, UK, Netherlands, Sweden, Denmark, Finland, Ireland, Italy and Portugal signed the statement.

Although the German delegation in Katowice is pushing for strong and transparent rules, particularly in the area of emission markets, the environment ministry, which was approached by France to join the CO2 price declaration, decided to stay out of it.

“Environment minister Svenja Schulze decided to not sign the statement out of consideration for the work of the commission on structural change and the coal phase-out,” a ministry spokesperson told Clean Energy Wire CLEW. The minister who was generally very much in favour of extending CO2 pricing and had said so repeatedly in the past, didn’t want to commit Germany in an international statement. All the concrete ideas on CO2 pricing had to come from the coal commission, which is due to deliver its recommendations in early February 2019. “We don’t want to act prematurely on this, that would be counterproductive,” the spokesperson said.

#Germany no longer among EU states seeking stronger EU #carbonpricing, must be heartbreaking for anyone that voted for more of the #climate chancellor https://t.co/2dguXgQSbP… #EUETS #OCTT

Germany and France launched a working group this year to better coordinate climate policies. The group looks at how each economic sector can make its contribution to reaching the goals of the Paris Climate Agreement and how certain instruments - such as the EU budget, or “options for a price on CO₂” - can be used in the most efficient and intelligent way.

Observers noted that a carbon price would put the French nuclear-heavy power sector at an advantage over Germany’s, where CO2-heavy coal and natural gas play a more prominent role. Some German business associations warned that this might drive power prices up in Germany, putting companies at disadvantage compared to their French competitors.

“All countries face same challenges, but some simply tackle them” - Green MP