Germany’s primary energy consumption rose by 0.8 percent in 2017 compared to the previous year, according to preliminary calculations by energy market group AG Energiebilanzen. This was due to a strong economy, the group wrote in a press release. Germany consumed a total of 13,525 petajoules of energy in 2017. The increased use of petrol and diesel in transport, and of naphtha in the chemical industry, has led to a 3 percent rise in mineral oil consumption. Natural gas consumption grew 5.2 percent due to its increased use in electricity generation and heating, while hard coal and lignite use decreased in 2017 (-10.4 percent and -0.6 percent, respectively). Nuclear energy consumption decreased by 10.3 percent. Renewable sources supplied 6.1 percent more than in 2016, and electricity feed-in from wind rose 34 percent. This brings the overall share of renewables in Germany’s total primary energy consumption to 13.1 percent (12.5 percent in 2016). AG Energiebilanzen expects energy-related CO₂ emissions to stagnate in 2017. 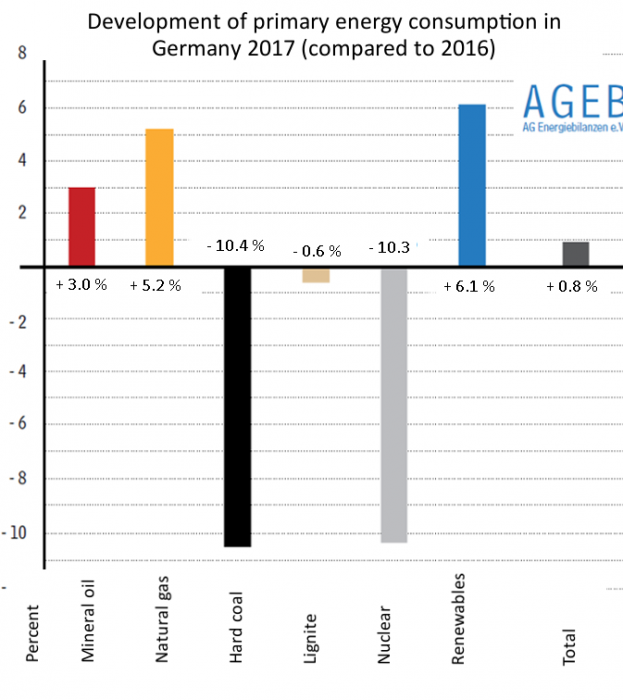 For background, read the CLEW article Germany's energy use and emissions likely to rise yet again in 2017, and the factsheet Germany’s energy consumption and power mix in charts.