Global aviation is responsible for 3.5 percent of human-made climate change, according to an international study involving the German Aerospace Centre (DLR). Only one third of the climate impact from air traffic is due to CO2 emissions, while two thirds result from non-CO2 effects such as contrails. "The study is the first of its kind since 2009 and provides the most comprehensive insight to date into the impact of air traffic on the climate," a DLR press release said.

The researchers said contrail cirrus clouds, which consist of ice crystals and form behind planes flying at high altitudes, have had the largest impact on the climate. The CO2 emissions from aviation – totalling 32.6 billion tonnes between 1940 and 2018 – have accounted for the second most important effect, according to the study, led by Manchester Metropolitan University and published in the Journal Atmospheric Environment. "About half of the total cumulative CO2 emissions have been generated in the last 20 years alone, mainly due to the expansion of the number of flights, routes and fleet sizes, especially in Asia," the DLR added.

The aeronautics researchers said that they are researching methods and technologies that could help achieve CO2-neutral planes by using biofuels, hydrogen, and hybrid-electric propulsion systems. In order to reduce the non-CO2 effects, the DLR is investigating procedures for optimising flight routes and altitudes to avoid regions and altitudes where condensation trails would occur due to temperature and humidity. 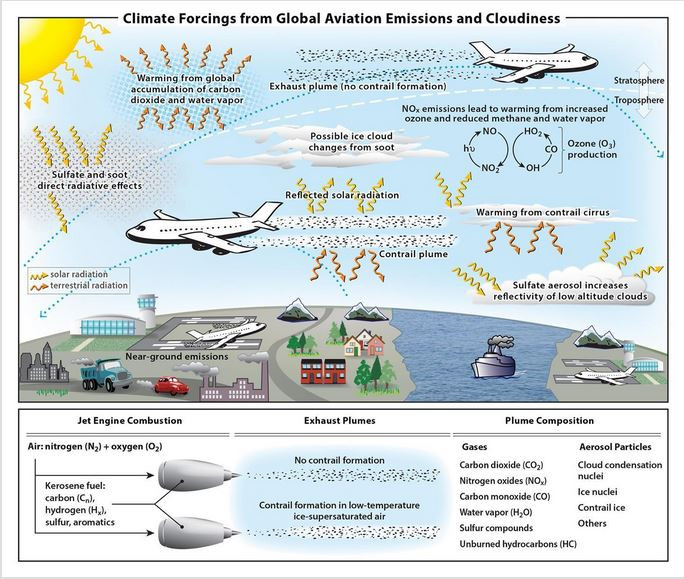