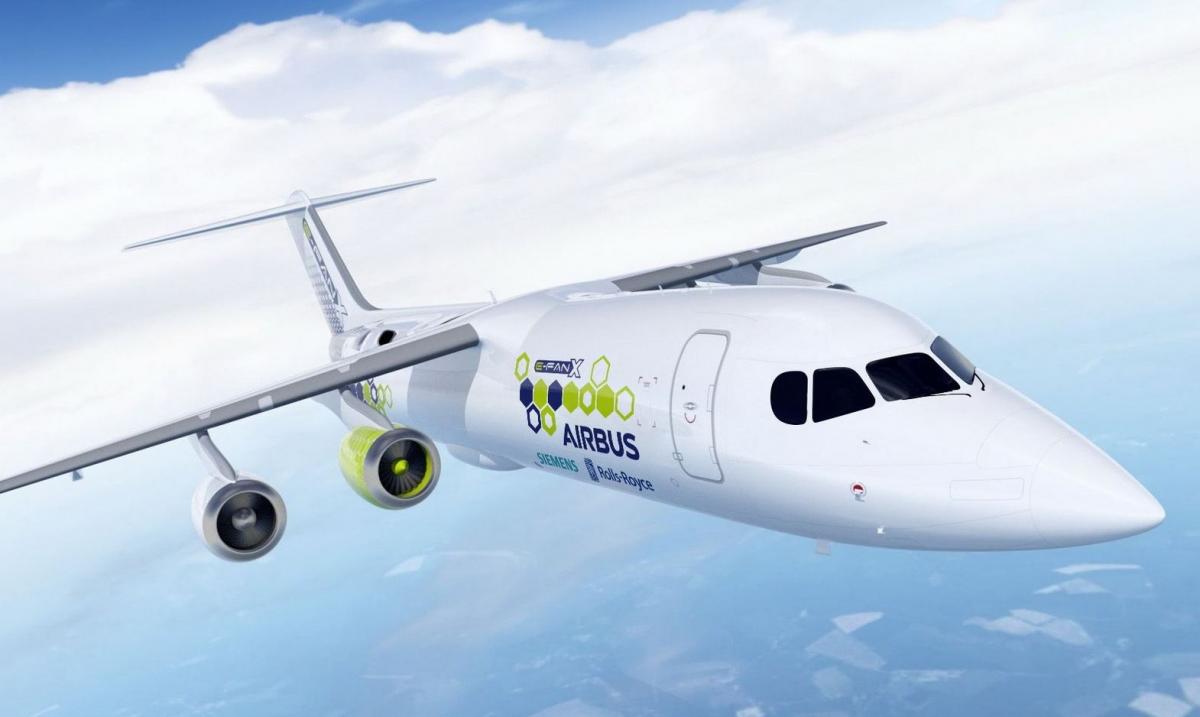 Airbus, Rolls-Royce, and Siemens demo version of a hybrid-electric passenger plane. Illustration: Siemens
Josef Kallo, director of the Institute for Energy Conversion and Storage at Ulm University and coordinator of the Research Group Energy Systems Integration at the German Aerospace Center (DLR), says electric flight is not just a distant vision. He sees hybrid electric motors in combination with fuel cell technology as a promising place to start. But the sky’s the limit as far as future development goes – this is just the beginning. The main obstacle to more rapid progress in electric flying is comparatively cheap kerosene. 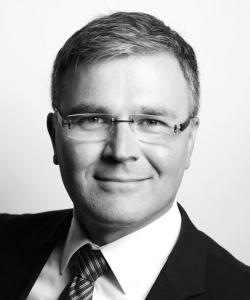 Clean Energy Wire: Is electric flying a distant vision or about to become reality?

Josef Kallo: Electric flying is definitely no longer a crackpot vision. I would say it simply depends on how we plan to treat the environment in the future. On rather short distances – up to about 1,000 or even 1,500 km – we definitely have the chance to use electric motors in combination with fuel cell technology, but it remains a question of price. As long as kerosene remains as cheap as it is today, and as long as we don’t worry about external costs such as environmental damages and climate change, conventional technologies will always have a cost advantage.  But if we take these costs into account – for example using a price on CO2, or other levies on externalities like noise emissions – then we will have to think about alternatives. But we need to put this into perspective: the development and approval of these technologies for a roll-out on a large scale will take another 10, 15 or even 20 years.

What is your current research focus?

At the moment, we concentrate on aviation because it has become a highly interesting research area. In general, we focus on fuel cell hybrids, and hybrids combining innovative electric motors and combustion engines, including the necessary infrastructure, such as storage. One of the most interesting questions facing us today: how can we realise reliable and secure energy supply systems that are redundant? Or, translated into plain language: How can we make sure a plane can continue to fly even if one system fails? This requires a highly intelligent combination and integration of different energy systems.

When do you expect renewable flying to take off?

The development of smaller planes – we’re talking 4 to 10 seaters – could proceed relatively quickly with the right financial support. But we’re still talking 8 to 10 years until a safe plane gets official permits. Regarding larger planes in the range of up to 40 seats, we will definitely need another 15 to 20 years. 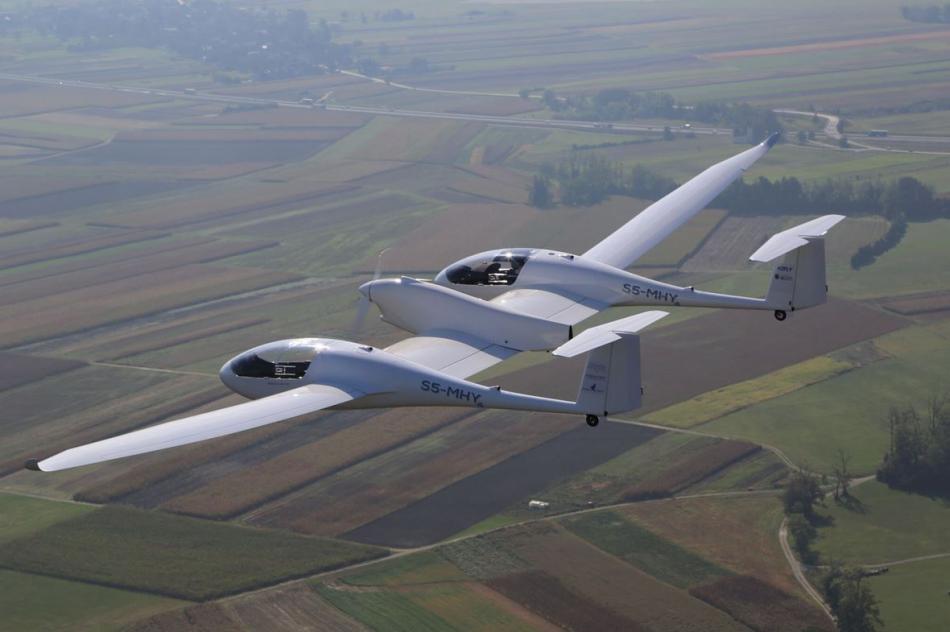 You work in close cooperation with the aerospace industry. How seriously do relevant companies take this issue?

Companies like Siemens [See Factsheet], Rolls-Royce, Airbus, MTU, and others take electric flying very seriously at the moment. Especially larger power outputs have turned into a pressing issue – for a 40-seater, we’re talking about a megawatt. Given the long experience of these large industry partners, and the possibilities they have, I definitely expect rapid progress on these issues.

What do you consider the size limit for electric hybrid concepts?

From a researchers’ point of view, I would say the limit is 40 to 70 seats – that’s a conservative guess, and based on what we would consider a realistic option, rather than a vision. If technology continues to advance – batteries with higher energy density, fuel cells with a larger power output – then we could also talk about aeroplanes with more passengers.
Very large planes, such as the Airbus A380, could continue to fly with synthetic kerosene, which is a great advantage. This possibility could enable an emission-free scenario where very large planes continue to fly with synthetic kerosene, while we can electrify shorter regional routes, some of which are used by large numbers of passengers. These shorter distances can also be very interesting regarding the return on investment. On some selected routes, you should really be able to earn money on these short distances, creating real business cases. 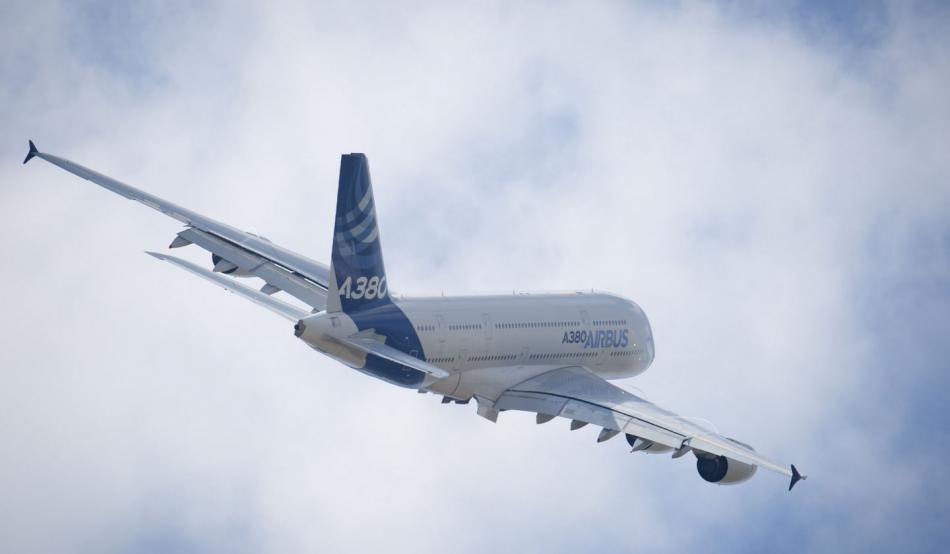 Do you expect purely battery-powered aeroplanes as well?

We differentiate between fuel-cell hybrids and hybrids with a gas turbine generator unit. In both systems, the electricity generated will be used to power an electric propulsion engine. According to our calculations, a purely electric plane powered by a battery will only have a very short range of a few kilometres. This is why we concentrate on hybrids. And in this area we definitely see the possibility of replacing around 60 to 70 percent of all conventional aeroplanes powered by hydrocarbons on regional routes.

What do you make of urban flying taxi concepts like those presented by German start-ups Lilium and Volocopter?

These are very interesting concepts if we combine various parameters. If these flying vehicles are quiet – and some of them already are – then I definitely see a chance for these visions to become reality. The second issue is range. At present, they are talking about flight times between 15 and 45 minutes. With 45 minutes, you can already achieve quite a lot. But I believe the operations will also play a crucial role – How can I recharge the battery? Or do I incorporate a hybrid?
But it must be noted that all these concepts involving vertical take-off and landing have an extremely high power demand at the beginning and the end of a flight. In comparison with winged aeroplanes, the output has to be almost an order of magnitude higher. For us as researchers, that is a super interesting topic. We will have to see. 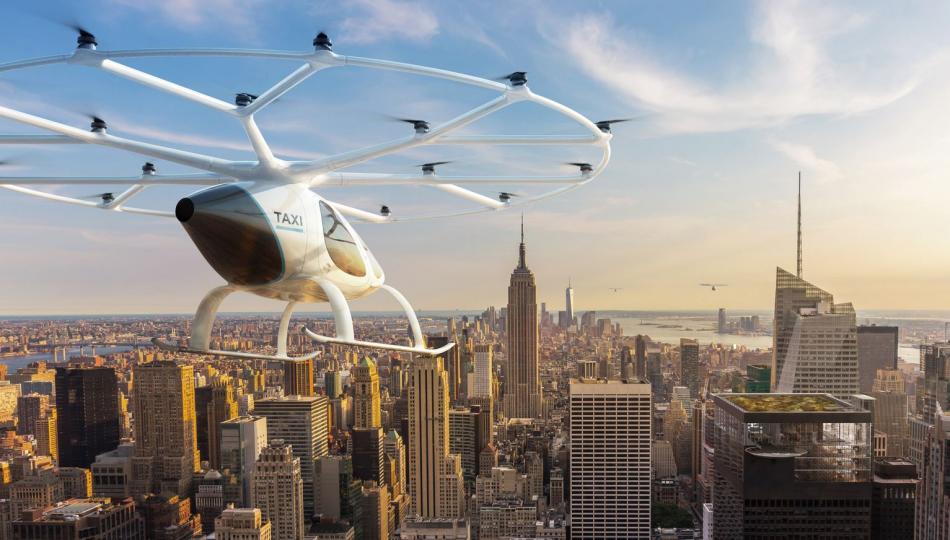 Your earlier statements on electric hybrids on regional routes suggest that it could almost become possible to make air transport largely emission-free across Europe by 2050 at the latest, if we have the will to do so.

[Laughs] Well, there are a whole number of preconditions. We could definitely serve regional routes between 500 and 1000 kilometres with these planes. But it would require a huge effort to shoulder the necessary development costs. We’re talking about very large investments here, because security is always the top priority. So we need to think about how it could be realised. But as far as functionality is concerned, I have no doubts whatsoever.

Today, as a researcher, I would say it will get tight if we move to larger ranges of about 2,500 to 3,000 kilometres or even higher. But solutions exist already. They remain very costly, but they have been realised in pilot projects. But we’re a long way from mass production, which is why costs are so high.

Hydrogen’s energy density is about three times as high as kerosene’s. But if you take the fuel tank into account, it’s very different – with hydrogen, you end up with around 60 percent of the energy content compared to a conventional kerosene system, because the hydrogen tank is much heavier due to security issues. That is the key problem that puts a limit on hybrid ranges.

What do you consider to be the main obstacle to a breakthrough of these technologies?

Put simply, it’s the price of kerosene. Things would already look very different if all external costs of fossil fuels were internalised, for example with a tax on CO2. But even with today’s kerosene price, the clean alternatives are no longer 10 times as pricey, but rather 1.5 or 2 times as costly. Especially if we talk about a time span of 30, 40, or even 50 years, you would definitely expect the price of kerosene to rise. Then, we will also have to talk about making renewable kerosene using hydrogen and CO2.

Would it not be easier to switch to renewable kerosene straight away instead of first building a parallel hydrogen infrastructure?

The production of renewable kerosene requires an additional chemical transformation process, which reduces efficiency because some of the energy is lost in the process. But on the other hand, we already have a kerosene infrastructure which is much easier to manage than a hydrogen infrastructure. So there is a trade-off: lower efficiency, but an existing infrastructure. Basically, I wouldn’t take any bets on which technology will prevail in the end. From my experience of the last 25 years, I suspect that we will need all available technologies given the incredible demand for energy and the environmental consequences we face today. So for me, the question is not: ‘Will it be this technology or that one?’ But rather: Any technology that helps us to reduce CO2 emissions and fly with renewable fuels is interesting. 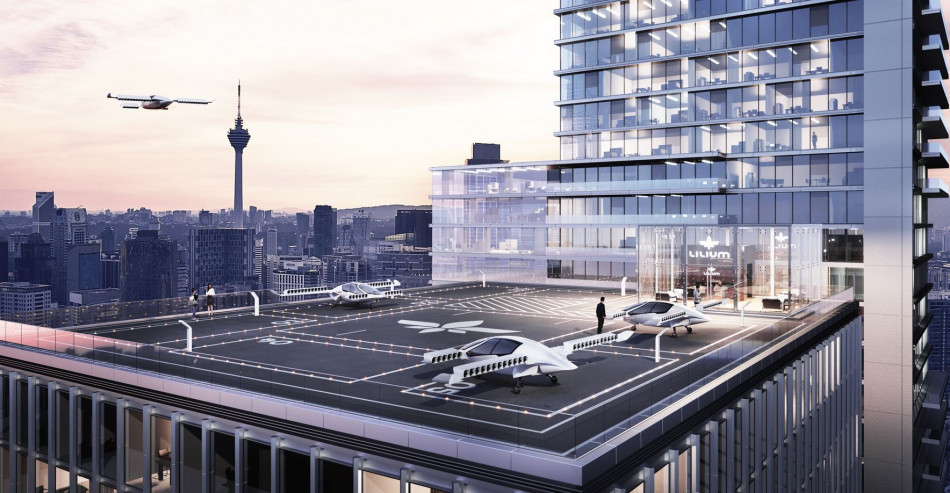 But don’t you think it would be more efficient to choose one technology so we don’t have to operate two parallel infrastructures?

If you look at the amount of haul capacities that will be needed, and the amount of energy that will be required to run it, I’m not so sure if it will be necessary to choose. I also believe we will have a whole variety of technologies for road transportation as well – batteries for shorter distances, hydrogen for vehicles that will need to travel 500 kilometres or more after a filling stop of 5 minutes, and also combustion engines for regions with no infrastructure. We have to think globally, and every technology will have its justified use case.

Also, just keep in mind the growth of economic output. In 1990, global GDP was around 60 trillion dollars. Today, it’s around 108 trillion. Even if we talk about development costs of a few billion or even a few dozen billion for a new infrastructure, we’re basically dealing with comparatively small sums. It’s almost a drop in the ocean.

Another environmental concern related to flying is noise pollution. What impact will the electrification of flying have?

We now have the chance to put electric engines to use. And an electric motor can be run at full load at a very low revolutions per minute. And lower revolutions per minute guarantee a quieter plane, which is a great advantage. I encourage anyone to see the technology with their own eyes before judging it. Just an anecdote: We had several incidences when we had to point out to visitors that a plane is taking off full throttle a mere 100 metres away, because otherwise they would not have noticed. You definitely couldn’t miss a combustion engine plane at that distance!