Factsheet
In a landmark ruling, Germany's Federal Administrative Court in Leipzig decided that local driving bans can be a legally admissible measure to enforce EU clean air rules. This factsheet provides answers to the key questions regarding diesel driving bans in Germany. (UPDATE after court's verdict on 27 February)

Why is there a discussion on diesel driving bans in Germany?

Nitrogen dioxide (NO2) pollution levels exceed EU rules in almost 70 German cities and towns. Diesel car exhausts are responsible for the lion's share of the pollutant, which causes respiratory diseases.

After years of failure to curb excessive pollution, NGO Environmental Action Germany (DUH) took local administrations to court to force them into action. As a consequence, local courts ordered western German cities Stuttgart – home of carmakers Daimler and Porsche – and Düsseldorf to reduce nitrogen dioxide levels below EU limits, if necessary by banning the use of most diesel cars.

The federal states, strongly resisting an unpopular “dispossession of diesel owners,” countered that driving bans were unlawful and transferred the matter to the Federal Administrative Court in Leipzig, which has the last word on such matters.

The EU has put increasing pressure on Germany to act on pollution levels, and has threatened to sue the country. At a meeting held in Brussels in January, the European Commission granted Germany a last deadline to propose concrete measures on how it intends to comply with the EU’s air quality standards. In its reply, the German government proposed a range of measures, including a vague proposal to make public transport free of charge in polluted cities. 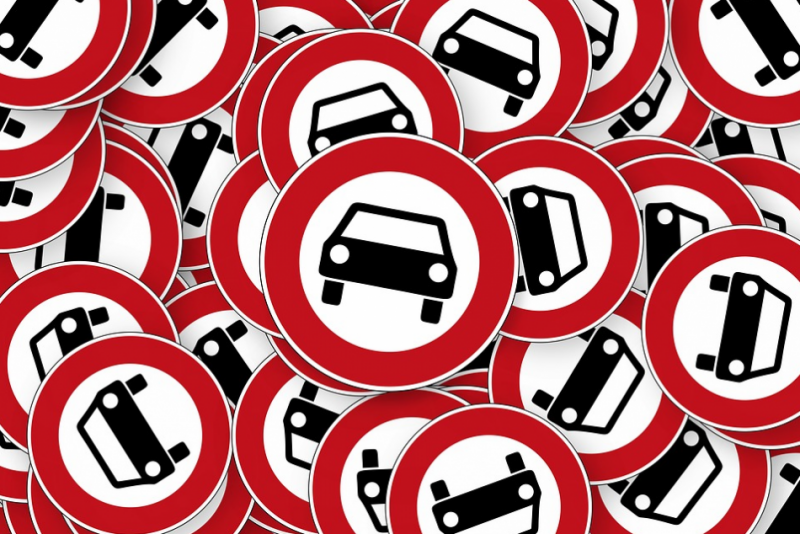 No, the court only said driving bans can be a lawful measure to reduce air pollution. This opens the door to driving bans because it confirms the earlier rulings from the local courts. But the decision to introduce driving bans – including details on timing, affected areas, etc. - rests with local administrations.

Can driving bans still be avoided?

Driving bans could be avoided if affected cities find other ways to comply with EU rules on air quality. One option would be the retrofitting of diesel cars to make them cleaner. But many experts believe bans are the only way to reduce pollution sufficiently in the short term.

According to Germany’s General German Automobile Club (ADAC), hardware diesel retrofits could reduce pollution in heavily affected cities like Stuttgart by up to 25 percent and are therefore “indispensable” for avoiding general driving bans.

But in the wake of the ruling, the City of Hamburg has already announced that it would follow through with plans to introduce driving bans for older diesel vehicles on two of its most polluted roads starting at the end of April.

Only the most recent generation of diesel engines would be exempt from driving bans, because they meet emission rules not only in the lab, but also on the road.

Carmakers have shunned away from expensive mechanical retrofittings to make older diesel cars cleaner, prefering software updates to make exhaust cleaning systems more efficient. But this method is not possible in older cars, and has been criticised as insufficient by many experts, including the environment ministry.

The General German Automobile Club (ADAC) says it has proof that the mechanical retrofitting of older diesel cars in order to cut air pollution “is not only possible but also highly effective.” The influential car club says tests have shown that emissions of diesel cars that meet the previous Euro 5 emissions standard can be reduced by 70 to 90 percent if the vehicles’ hardware is adjusted appropriately at a cost of between 1,400 and 3,300 euros per car. A debate who would have to bear the costs of mechanical retrofittings, and whether taxpayer money should be involved, is already in full swing in Germany.

What is the federal government's position on driving bans?

Chancellor Angela Merkel has said it was the government’s intention to avoid driving bans for specific car models “by all means”. The coalition agreement between Merkel’s conservatives and the Social Democrats stated in early February that the new government wants to “avoid driving bans and increase air quality” and “safeguard the industry’s competitiveness.” The document also says the future government wants to reduce pollutant emissions from road transport at their source. “This includes – if technically possible and economically justifiable – technical improvements of vehicles in the existing fleet.” A decision on steps to further reduce NOx emissions – “including technical retrofitting” – will be taken in 2018.

The diesel share of new car registrations in Germany is already in sharp decline, dropping from around 50 percent at the start of the dieselgate scandal to 33 percent at the start of this year. One reason why diesel engines have been so dominant in Germany is that diesel fuel is considerably cheaper than petrol because of lower taxation levels. The dieselgate scandal has triggered calls to abolish the “diesel subsidy” worth billions of euros per year. See the Diesegate timeline for details. 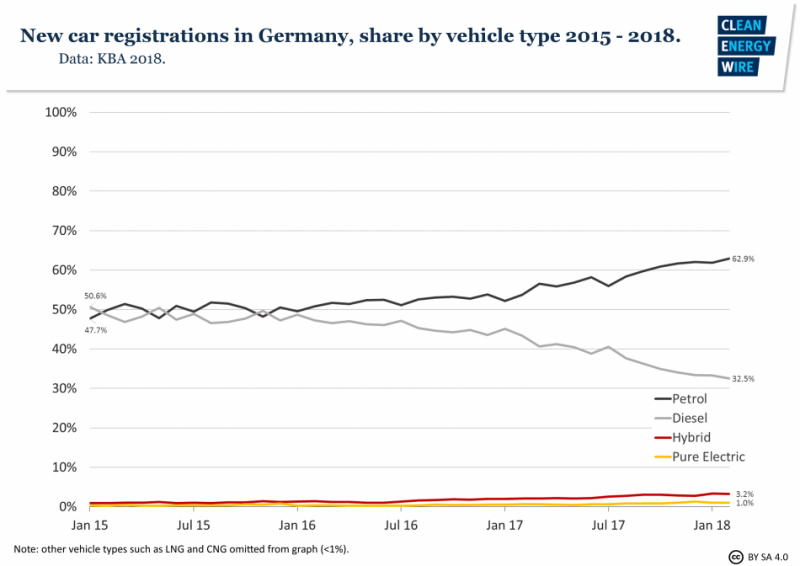 How does the discussion on driving bans affect the value of used cars?

There are around 15 million diesel cars on German roads, and the vast majority of these would be affected by a ban. The diesel crisis has already had a negative impact on the resale value of diesel cars. According to the German Association for Motor Trade and Repair (ZDK), auto dealers are deeply unsettled, and the threat of driving bans in metropolitan areas “makes used diesel cars almost unsalable.” Used diesel passenger cars have lost several thousands of euros in value and stood on dealers’ plots an average of 100 days; petrol cars just 80 days. A drop in vehicle resale prices also affects the carmakers, because it pushes up the price of leasing contracts, which are based on assumed residual values.

Is the population in favour of bans?

Less than half of German citizens would approve of driving bans on dirty diesel cars. In a representative survey by pollster YouGov ahead of the crucial court ruling, 43 percent of respondents said they were in favour of such a ban, while about the same proportion of respondents regarded bans to be “bad or very bad” in certain urban areas, according to Focus Online.

Most Germans are more afraid of driving bans than of the air pollution associated with these cars, according to Germany’s federal consumer advice centre association vzbv. “You simply cannot taste or see nitrogen oxides. That’s what makes it so difficult to assess how dangerous they really are.”

Why does the car industry have such a large influence in Germany?

Germany is home to industry giants BMW, Daimler, and Volkswagen. Including suppliers, the industry employs around 800,000 people in Germany, and has very strong links to policymakers. The federal state of Lower Saxony is a major shareholder of carmaker VW.

Why do driving bans matter for the climate?

The pending ruling strictly concerns local nitrogen oxide (NOx) emissions, but will have ramifications on Germany’s climate ambitions. Germany is struggling to manage the shift to a more sustainable transport system. Combustion engine driven cars not only cause local air pollution, but the sector is also responsible for around 20 percent of the country’s greenhouse gas emissions. Diesel driving bans are set to hasten the decline of diesel cars, and could prove an important boost for electric cars and green mobility in general. [Read more on this in the CLEW article Why the German diesel summit matters for climate and energy]