Daimler subsidiary Mercedes-Benz has given up on fuel cell-powered hydrogen cars. Mercedes-Benz will soon stop production of its only fuel cell model, the GLC F-Cell, and does not plan any other models with this propulsion system, said the head of Daimler Truck, Martin Daum, according to a ntv report. Mercedes-Benz' fuel cell division will be fused into a now-joint venture between Daimler Truck and Volvo announced earlier this week. The partnership plans to launch a fuel cell truck in the second half of the decade.

Mercedes' announcement makes BMW the only proponent of fuel cell cars among major German carmaker groups. VW already fully committed to battery electric vehicles last year. Mercedes has been working on fuel cells for 30 years, "chasing the dream of a zero-emissions car that has a long driving range, three-minute fill-ups, and emits only water vapor," writes Bradley Berman in an electrek report, adding they are twice as costly to build as battery-powered electric cars.

Many mobility experts have also long called for a policy focus on battery electric vehicles because they use energy much more efficiently than fuel cell vehicles. Battery-powered models have an overall efficiency of 70-90 percent, while fuel cells vehicles are limited to 25-35 percent, according to Volkswagen. "The conclusion is clear: in the case of the passenger car, everything speaks in favour of the battery and practically nothing speaks in favour of hydrogen," the company said in a recent position paper. “No sustainable economy can afford to use twice the amount of renewable energy to drive with fuel cell passenger cars rather than battery-powered vehicles.” 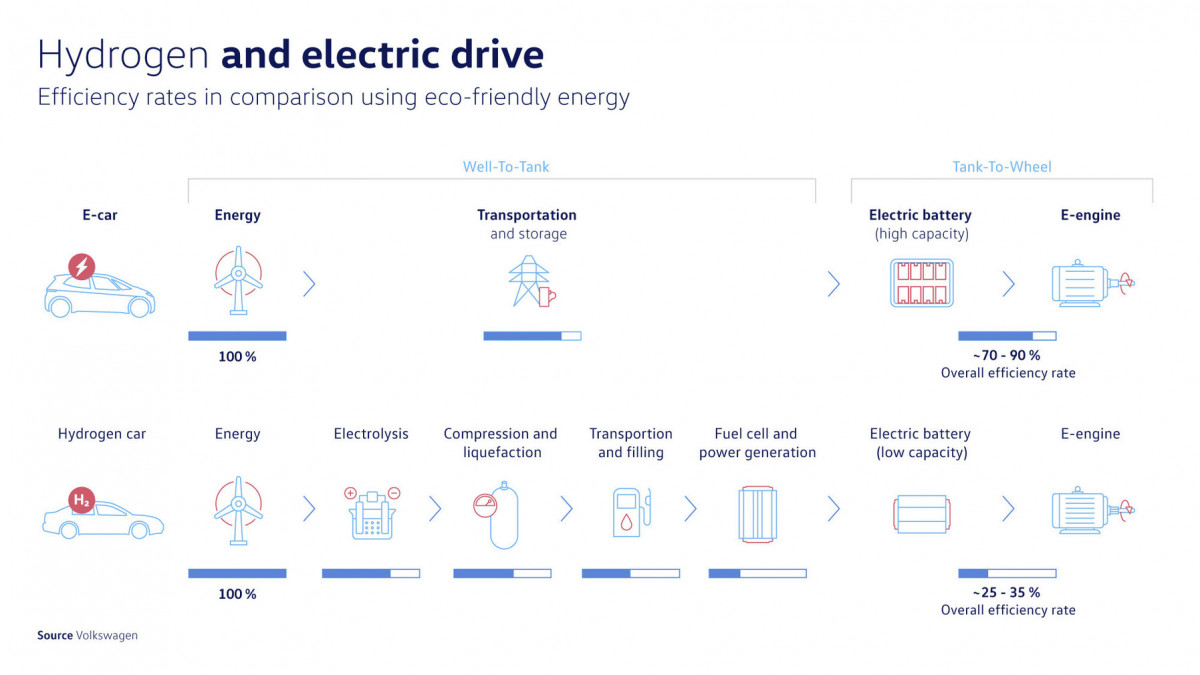