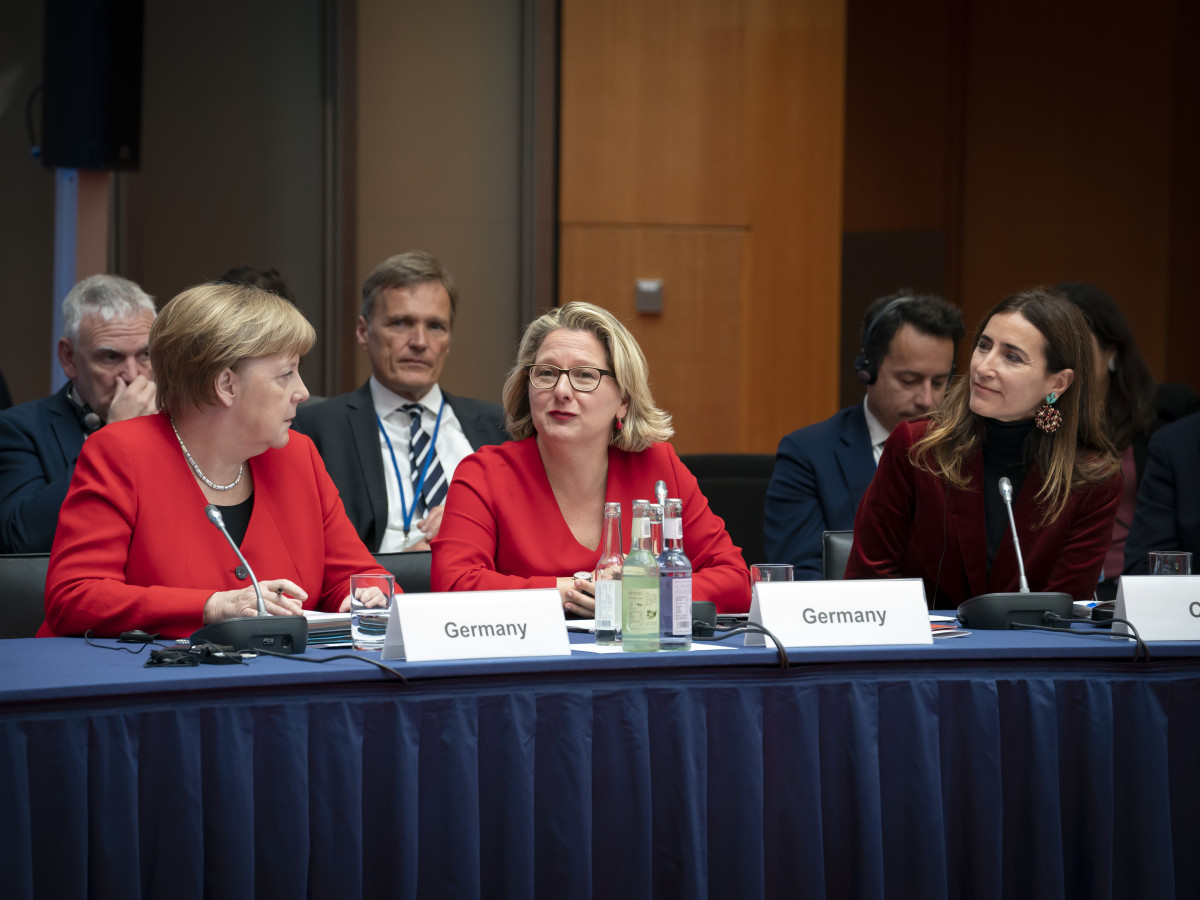 German chancellor Angela Merkel must use the Petersberg Climate Dialogue (PCD 11) on 27-28 April to make clear that now – amid the coronavirus crisis – is the moment to “rebuild better”, said Greenpeace International head Jennifer Morgan. “As the host, chancellor Merkel has a unique responsibility,” Morgan told journalists in an online briefing, adding that the conservative will be one of the first, if not the first head of state to speak at length on this. “She has to bring climate science up to the front of the decision-making, just as she has brought the science up to the front of the COVID-19 decision-making.” Merkel had become an “icon of how to lead during a moment of crisis” on the coronavirus pandemic and she needs to help the world see how to “bring these different crises together so that we come out stronger all around,” said Morgan. The PCD needed to bring together the recovery from COVID-19 and the economic recovery with green and just packages, international support and cooperation to reduce emissions and increase resiliency – in essence combining the planned recovery measures with Paris Climate Agreement goals. The European Green Deal is a good vehicle to do so and Merkel should make it clear that Germany stands together with other European countries supporting and strengthening it.

Germanwatch’s political director Christoph Bals said he has similar expectations from Merkel’s keynote speech at the PCD. “We expect a clear message that the European Green Deal will be a framework to guide all investments and framework conditions for a better recovery. Merkel should make clear she supports this as German chancellor, but also in the role as EU Council presidency,” he said. The right recovery programmes now – such as for building modernisation or a carbon-neutral steel industry – could even speed up the process of reaching ambitious targets. Bals warned that the moment to act is now. “We must get it right this time and we only have this one chance, because we will have much more stressed public budgets two years from now.” He added that the next 6-18 months are extremely important – similar to the dimensions after World War II – for redirecting the course of the world. “Climate will be a big part of this debate.“

The German government has decided to hold this year’s Petersberg Climate Dialogue – which includes about 30 environment ministers from around the world – online. The annual meeting is seen as a key milestone on the road to the UN climate negotiations. COP26 in Glasgow has been postponed to 2021, but Germany says it is “essential that the exchange on the important issue of climate action continues.” The UK, as the president of COP26, will co-chair the Petersberg Climate Dialogue, parts of which will be livestreamed.