Merkel reassures Ukraine on Nord Stream 2 ahead of talks with U.S. President Biden 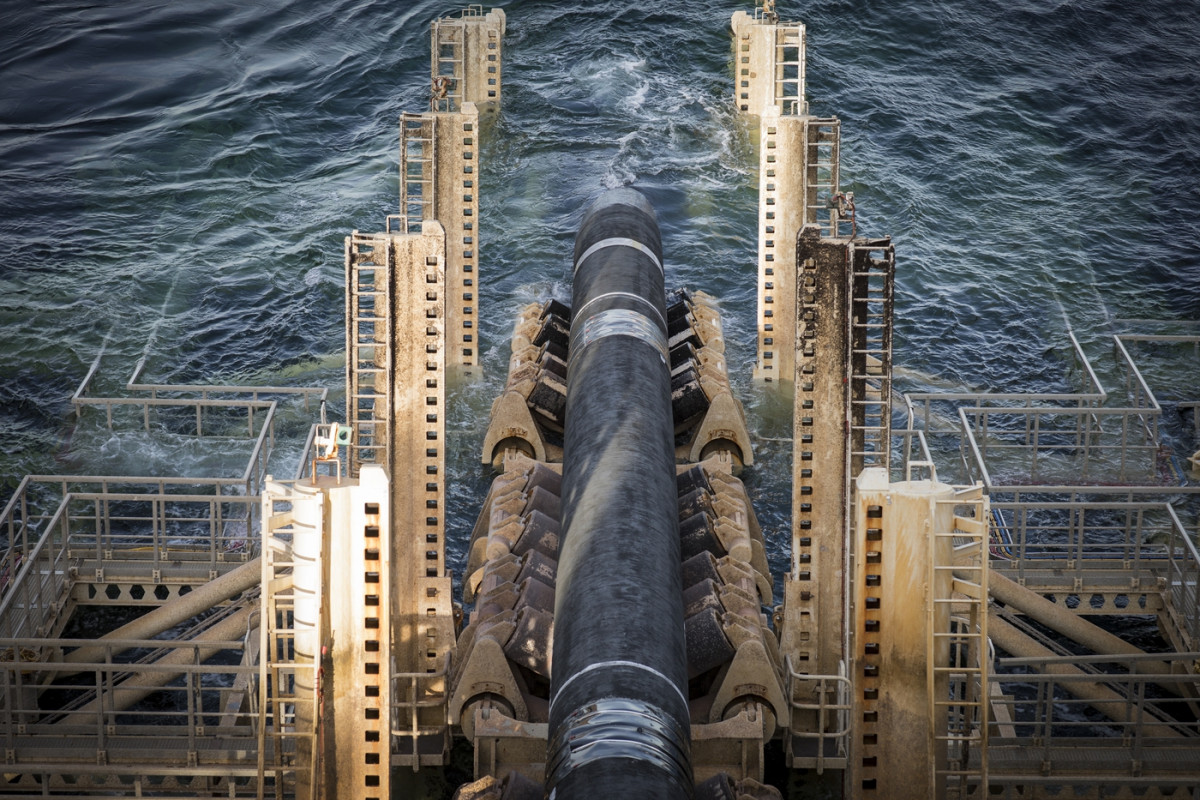 Outgoing Chancellor Angela Merkel has reassured Ukrainian President Volodymyr Zelenskiy that Germany would do everything to ensure Ukraine remains a gas transit state even after the completion of the contentious Nord Stream 2 pipeline. She will travel to Washington, D.C., this week to find a “common position” on the project in talks with President Joe Biden, said the chancellor. The pipeline is 98 percent complete and scheduled to start operation this year, Nord Stream 2 AG CEO Matthias Warnig told Handelsblatt.

German Chancellor Angela Merkel has said that Ukraine must remain a gas transit state even after the planned completion of the contentious Nord Stream 2 pipeline, which is to directly connect Russia and Germany. Her comments came just days before a planned visit to the U.S. capital Washington, D.C., where the chancellor aims to find a “common position” on the issue with President Joe Biden.

“We will do everything we can to make it very clear that Nord Stream 2 is not a substitute for the promised transit deliveries through Ukraine,” said Merkel alongside Ukrainian President Volodymyr Zelenskiy in Berlin. Merkel said Germany takes Ukraine’s worries seriously, and that the EU and Germany will continue to see to it that transit through Ukraine remains part of EU gas supplies.

“I believe we are not without power in this regard. We have promised this to Ukraine and we will stick to it,” she said. This would be true for any new German chancellor, she added.

Zelenskiy asked for “guarantees” on energy security by Germany, France and the EU. “Nord Stream 2 brings a potential security threat for Ukraine and the region,” Zelenskiy said, adding that a solution had to be found with the help of the Normandy-format talks, which brought together leaders from Ukraine, Russia, France and Germany.

Nord Stream 2 under the Baltic Sea has been the subject of heated debates for years. The project would open an additional route for Russian gas to flow directly to Germany. Proponents argue the pipeline is a commercial investment that is key to Europe's supply security, while opponents criticise Nord Stream 2 on environmental, geopolitical and security grounds. Together with other major pipelines serving Europe, such as Nord Stream 1 and TurkStream, the completion of the new route would enable Russia to bypass Ukraine and other eastern European countries.

Gas transit from Russia to western Europe has been a key source of income for Ukraine, as well as some guarantee of security, both of which the country’s government sees at risk with a completed Nord Stream 2 pipeline. The conflict between Russia and Ukraine had reached a climax with the annexation of the Crimean Peninsula by Russia in 2014. In 2019, the two countries reached a new gas transit deal through 2024 (with the option to prolong it for another ten years) after the European Union had facilitated talks.

“Common position” by Germany and U.S. in the making

Merkel said she would discuss the project with president Biden during her trip to the U.S. this week (14-16 July) to establish “a common position,” though she did not yet expect a final document by then. Merkel’s spokesperson, Steffen Seibert, said talks between the U.S. and Germany are ongoing. A deal could involve a sort of guarantee that Germany would cut off the pipeline if Russia stops deliveries through Ukraine, or support Ukraine on other energy issues, such as building up a hydrogen infrastructure as a way to replace current gas transit revenues.

In an attempt to revive the transatlantic relationship and show goodwill, the U.S. has recently decided not to impose sanctions against the German company behind the gas pipeline, Nord Stream 2 AG, and its CEO Matthias Warnig. Merkel and Biden also briefly talked about the project on the sidelines of the G7 summit in the UK. However, there is bi-partisan opposition in the U.S. Congress, which could hinder a deal between the two countries.

The pipeline is 98 percent completed. The first line has been finished, Russia’s President Vladimir Putin said recently, while completion of the second line could follow in August, said pipeline company CEO Warnig in an interview with Handelsblatt. The goal is to start operation still in 2021. However, official certification of the pipeline once completed could pose yet another hurdle due to the U.S. sanctions regime.

Merkel has continued to stand by the project, calling it a purely economic undertaking for years, before saying in 2018 that “political factors must also be taken into account.” Nord Stream 2 is “a stain on her otherwise expansive and nuanced legacy, and a liability to her successor,” wrote Andreas Kluth in an opinion piece for Bloomberg.

“The geopolitical threat posed by Nord Stream 2 seems blatant enough for Poland, the Baltic republics, France, the European Union and other allies, which all oppose the pipeline alongside the U.S. Nonetheless, the Germans keep burying their heads in the sand like geo-strategic ostriches.”