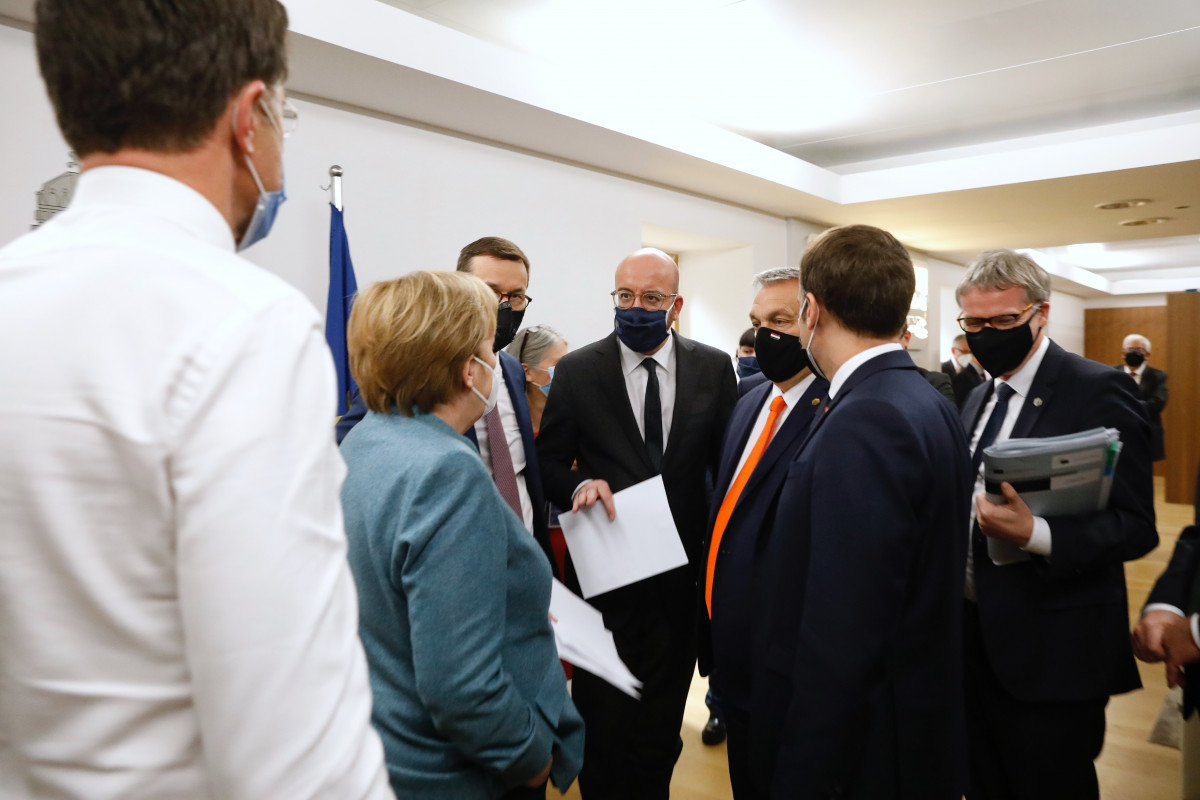 The EU’s ‘Fit for 55’ package of climate and energy legislation will be “incredibly difficult” to get through member states and German chancellor Angela Merkel’s successor must be willing to spend time, energy and diplomatic capital, says Connie Hedegaard, first European commissioner for climate action between 2010 and 2014. In an interview about current challenges facing European climate policy and Merkel’s climate legacy, the former Danish environment and climate minister recalls their joint trip to melting glaciers in Greenland; tough negotiations when Germany’s auto industry interests were at stake; and Merkel the leader, who has long understood the importance of climate change. Hedegaard calls on the next German government to play a strong role in European climate action.

Clean Energy Wire: You were European Commissioner for Climate Action 2010-2014. If you compare then and now, and look at the situation today, what kind of moment or situation are we in today in 2021 in regards to European climate policy? 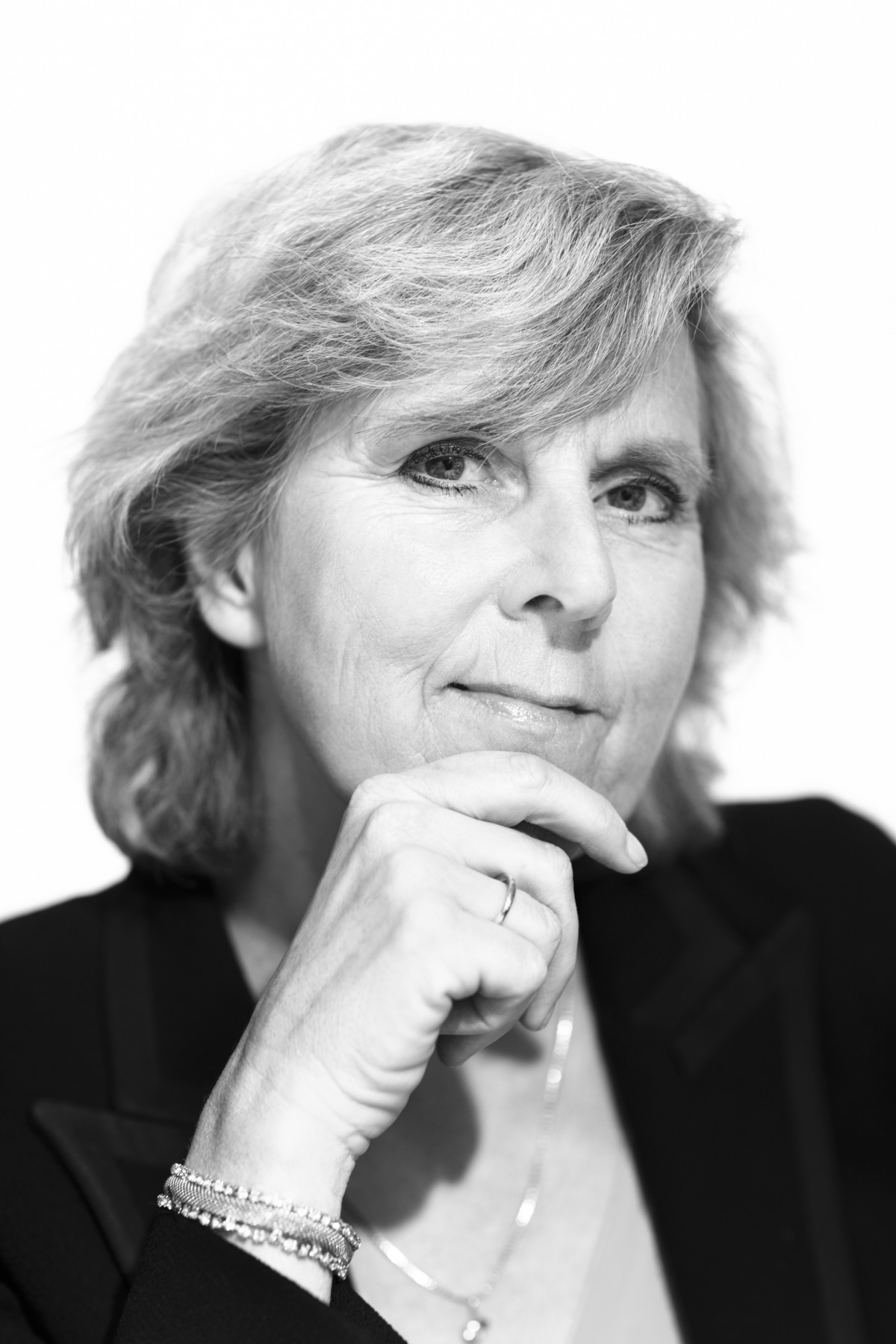 Connie Hedegaard: There is a main difference between then and now. When I became Commissioner in 2010 – shortly after the climate conference COP15 took place in Copenhagen, Europe was very much impacted by the economic crisis, yet there was a sense of urgency on climate. Scientists told us we have a window of about ten years, before we would start to really feel the impacts of climate change – like forest fires and floods. Ultimately, EU member states then agreed on the 2030 targets in 2014.

Back then, we spoke about climate change as something that would happen in the future, with some even asking whether it would happen at all. Now the future is here and people can see the effects – at an economic level, but also how it impacts lives, to the point where heavy floods in July were responsible for many deaths in Germany and neighbouring countries.

The atmosphere for ambitious action has changed and more and more people come on board – big companies, the investment community are starting to act.

The current European Commission has introduced its green growth strategy the European Green Deal. How do you see Europe’s role in the world today? Doesn’t the fight against climate change rather depend on larger emitters like the U.S. and China?

For sure it does, but Europe has a role to play in showing that it is feasible to transition societies into low-carbon economies. We also have an obligation as one of the richest regions in the world: if we are not serious about it on our own continent, how could we ask others? But of course, it is absolutely imperative to get the other big economies into the picture, which has always been the European aim at climate conferences, and which is also part of the thinking behind the Paris Agreement.

Europe has a role to play to develop solutions, to show the way, to push in international talks and it has quite some soft power that you need in the end to also get in China.

Today, it is a positive sign that U.S. President Joe Biden has brought his country back to the table. For example, after four years of Donald Trump, you can now again discuss climate at the G20, and that is crucial.

Europe has a role to play to develop solutions, to show the way, to push in international talks and it has quite some soft power that you need in the end to also get in China. It has been Europe that has kept this agenda alive also when others did not.

Germany is a key country when it comes to these European efforts, not least due to its size; so the country’s leader Angela Merkel has been an important figure. What has Merkel's influence been, specifically on EU and international climate action? So what will the world lose when she leaves office?

The last question depends on which role her successor will take on. Before climate became “Chefsache” in all prime ministers’ offices, the big advantage was Merkel’s experience. Because of her background as environment minister and because she had been to Kyoto, and maybe also because of her background as scientist, she understood the importance of the issue. In 2007, the Danish prime minister and myself invited her and environment minister Sigmar Gabriel to Greenland. She wanted to see for herself, talk to the scientists and thus understand better the effects of climate change.

I have always had the feeling that when she was in the room with other heads of state and government that there was one there who really cared and understood why this was important.

You've encountered the chancellor many times over the course of your career as European Commissioner and environment minister. Was climate always high on her agenda, also compared to other countries?

I’m not going to analyse what her priorities were. During the economic crisis years, was climate at the top of her or other leaders’ agenda? Probably not, because one day Greece was going down the drain, the next day the Spanish banks, or Ireland – there were a lot of things on leaders’ plates during those years.

Merkel leaves work to do with mixed climate legacy

However, when she was in a setting with other international leaders, I was never in doubt that she understood the importance of the topic and you had someone sitting there who knew we had to get something done. This has also been important in many European Council meetings.

The chancellor often highlights how her job is to bring a lot of different interests together and find compromise. One thing she’s been accused of was protecting the automotive industry in EU negotiations for tougher climate rules. So, was Germany under Merkel among the progressive member states on climate, or was it stepping on the brakes?

Germany normally has been very supportive of high targets, but not when it comes to car legislation. When we finalised trilogue negotiations between the Commission, Parliament and Council about CO2 emission standards for cars in overnight talks in 2013, Germany was against it, but the agreement went through. Later that day, however, the German government made calls at very, very high level to other member state governments to make them change their minds. The process was delayed by a year until after the German election. To me that shows that when really big German interests were at stake it was a tough power game.

Also, I still recall the Fukushima nuclear disaster happening on a Friday in March 2011. The following Monday we had an Environment Council meeting in Brussels, and at a press conference we were asked whether nuclear power should be banned across Europe. Later that day, out of the blue, chancellor Merkel announced that Germany would phase out nuclear after all by 2022. That was a very unilateral move, which a lot of neighbouring countries were not happy with, to put it mildly.

I would really hope that whoever succeeds Merkel makes climate and energy a high priority they really want to invest in. The next coalition must really push it. We need Germany to play a strong role.

However, when we for example negotiated the 2030 climate targets, Merkel personally played a role in bringing for instance Poland on board. Time and again she cared that the links between Berlin and Warsaw were open. Where nobody else could go to the Polish leadership, she had that dialogue. That was very important to ensure no one blocked the package.

Merkel has been criticised for a sort of gap between what she calls for on the international stage and her policy at home. From your side of the border, leading environmental policy in what is both a neighbouring country and also an energy transition country, do you think Merkel's domestic climate and energy transition policy has been a success?

Well, one thing is to be there to fight to get the deals done or the targets set, but are you then also delivering on your own commitments? That’s a whole other question. However, it’s difficult to say definitely yes, or definitely no, because if I look at how much of Germany’s electricity was renewables when she came into office it was around ten percent, last year it was 46 percent. So, things have not been standing still. However, it is clear that many things have not progressed, as for instance the power interconnectors between northern and southern Germany. Permitting renewables projects remains complicated and time consuming. Germany lags behind in digitalisation.

The European Commission has just presented its Fit for 55 package, which must now be negotiated in Parliament and among Member States. So, it’s an important time for European climate and energy decisions. How do you expect the dynamics in talks at EU level to change now that Merkel leaves?

I would really hope that whoever succeeds her makes climate and energy a high priority they really want to invest in. The next coalition must really push it. We need Germany to play a strong role.

The Fit for 55 package will be incredibly difficult to get through the member states, especially some of the eastern countries will be really challenging. Germany must weigh in and a chancellor must have the willingness to spend time and energy and diplomatic capital. It’s really hard to see who else could fill that space.