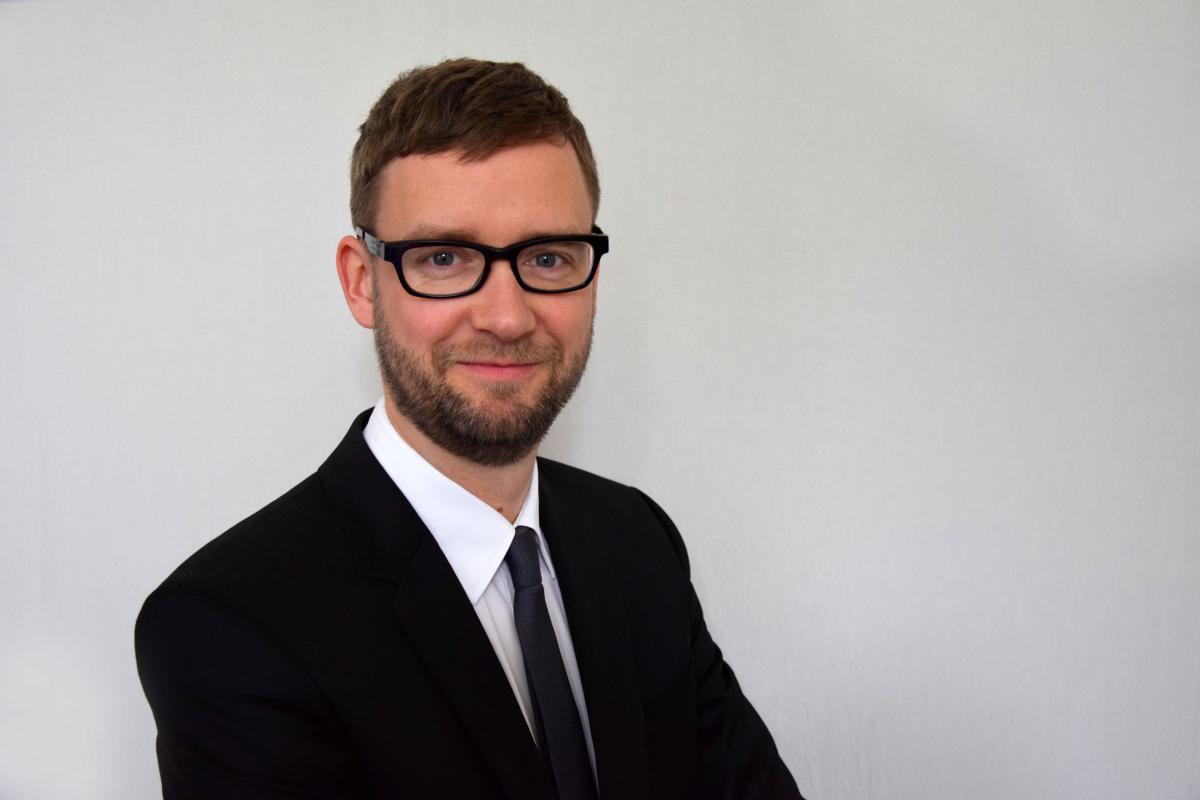 Sebastian Scholz is head of energy and climate policy at NABU. Photo: Sarah Affenzeller
Germany enters 2018 without having found a new government, a situation that casts a cloud over all of the country’s major policy endeavours including those dealing with energy and climate. But irrespective of the unprecedented difficulty in forming a government, the Energiewende will continue to be one of Germany’s central policy projects. Whether the country can still reach its imperilled 2020 carbon emissions reduction targets and what this means for the future of coal-fired power production is set to be at the heart of the energy transition debate. The Clean Energy Wire has asked climate and energy professionals about their view on Germany’s agenda 2018. In this article, Sebastian Scholz, head of energy and climate policy at the Nature and Biodiversity Conservation Union (NABU), says missing national climate targets was"no option" if the Paris Agreement is to be honoured.

Sebastian Scholz: The coming year will be crucial for ensuring that Germany reaches its national 2020 climate targets. Obviously, climate change mitigation is incompatible with burning coal, especially lignite. The coal phase-out therefore has to be made a key issue in Germany’s energy and climate policy. We also need specific measures to reduce energy consumption and increase energy efficiency in the housing and transport sectors. Last but not least, we need binding climate targets in Germany’s Climate Action Plan 2050.

Do you expect Germany to achieve its self-imposed goal of reducing greenhouse gas emissions by 40 percent by 2020 compared to 1990 levels? What needs to happen to achieve the target or to at least come close to achieving it?

According to our estimates, carbon emissions in the power sector must be reduced by about 100 million tonnes per year to achieve the goal. This is challenging, but not impossible. The dirtiest lignite power plants must be shut down within the next two years, and a binding phase-out plan must be developed based on a consensus between workers, industry, civil society, and the government. One way or another, structural economic changes will occur in our coal regions, and a controlled and well-planned coal phase-out will help the ensuing modernisation efforts.

Missing the climate targets is not an option. The climate is changing fast, and we must make sure to stay within the global warming threshold of two degrees Celsius. We must act immediately. Giving up the climate targets would amount to a declaration of political bankruptcy and discredit other political targets as well, perhaps even those of the Paris Agreement.

Besides a coal exit, the transformation towards an environmentally friendly energy system based on renewables must be accelerated, while energy consumption in all sectors must be reduced. We need energy saving and energy efficiency policies for the power, transport, and construction sectors, as well as a qualitative - and not quantitative - regulation for renewable energy expansion.

Representative surveys show that the vast majority of Germans favour a coal exit, but the political parties still consider this to be a controversial point. The  danger is real that less progressive actors may dominate the debate and slow down this transition. Civil society play the role of a watchdog and point the finger at bad decision making.