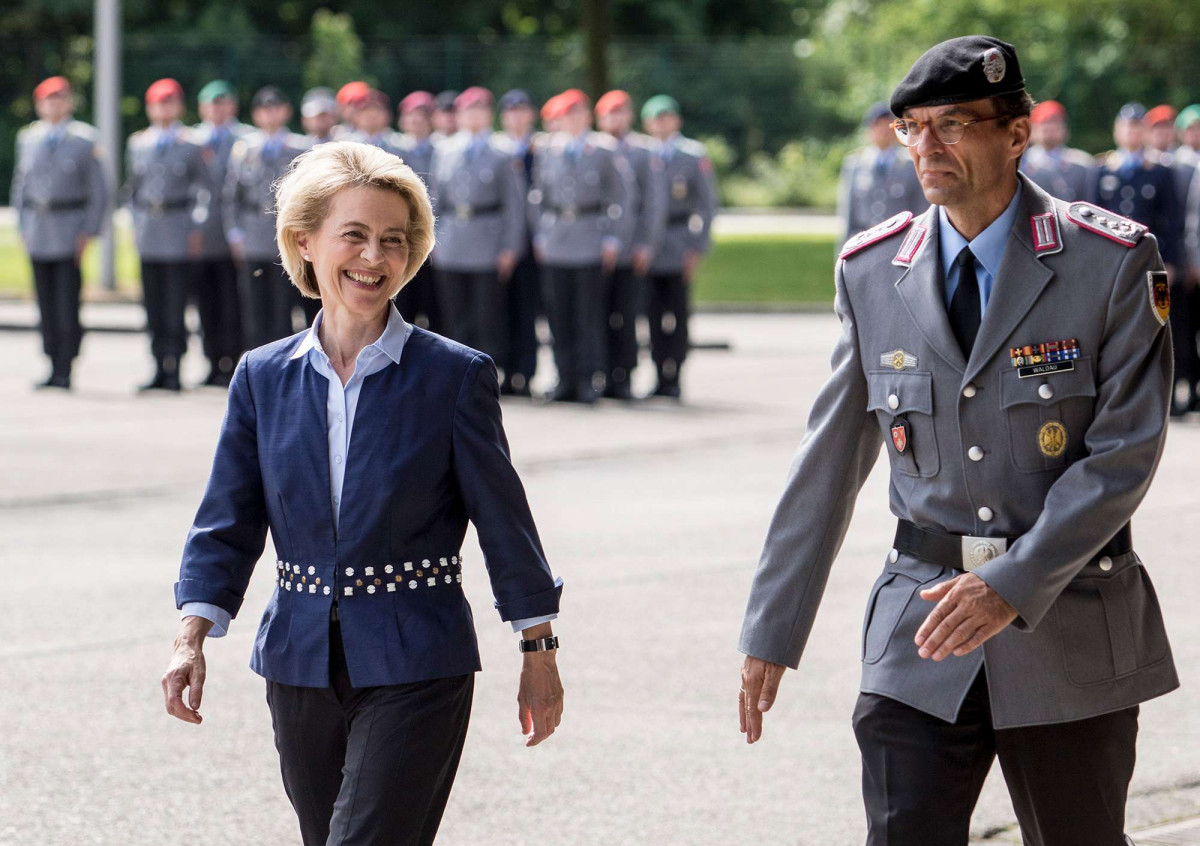 The nomination of Ursula von der Leyen as president of the European Commission has come as a surprise for many political observers in Germany and across Europe. Little is known about the incumbent German defence minister's climate credentials, but recent remarks suggest that she considers emission reduction a key issue for the EU. While von der Leyen is seen as a determined pro-European with a vigorous approach to new career challenges, a string of scandals in Germany's defence ministry has tarnished her image as a resolute achiever and led German voters to lose confidence in her assertiveness in recent years.

The nomination of German defence minister Ursula von der Leyen as the European Council’s favourite candidate for the bloc’s top job as Commission President has surprised political observers across Europe. What her possible leadership of the European Commission will mean for the bloc's climate policy, which is considered to be decisive in the international effort to abide by the Paris Climate Agreement and limit global warming, is difficult to gauge.

In her current role as defence minister as well as in former official roles as federal minister for employment, for families and as state minister for health in federal state Lower Saxony, von der Leyen has had little direct overlap with climate policy in her work. Nevertheless, her remark after the EU elections in May that climate change was “a rightfully important - if not the most important - issue we as Europeans have to deal with” suggested that she is ready to embrace climate action as a key challenge. Von der Leyen said her party, the conservative CDU/CSU alliance of Chancellor Angela Merkel, had failed to “set clear priorities” regarding climate, which she said contributed to its poor showing in the elections.

After long and controversial negotiations between the European heads of state about who is to follow on Luxembourg’s Jean-Claude Juncker, von der Leyen now looks set to become the first female head of the EU's executive branch– although her assumption of office still hinges on ratification by the European Parliament. As head of the European Commission, the long-time Merkel confidante would be the EU’s official representative at international negotiations and have a pivotal role in initiating and coordinating policies that affect about 500 million people across the continent – including the EU’s climate strategy.

In 2011, von der Leyen defended the German government’s decision to accelerate its nuclear phase-out after the Fukushima disaster in Japan. Shortly after the incident, she said the controversial step that was criticised by many of her fellow conservatives had become necessary Fukushima because “made the unthinkable reality” by exposing the dangers of nuclear power in a highly developed country.

By the same token, she said in 2011 that the Energiewende, Germany's dual phase-out of fossil and nuclear power and the parallel expansion of renewable energy sources, was "urgently needed" given the threat of the climate crisis. “I’m not an energy expert,” von der Leyen stated back in the day, when she still was Germany's acting employment minister. But in a nod to the joint national effort of the energy transition, she vowed that power customers alone would not have to foot the Energiewende's costs. “The industry will have to play its part, too,” she said.

Ursula von der Leyen is a strong choice for Presidency of @EU_Commission. She has a much better understanding of Europe than most national politicians. Her track record in various (difficult) gvt positions is good. She is an impressive European - and will impress many Europeans.

Under her aegis, the defence ministry recently also made climate change a focus of its strategic security outlook, a policy approach that chimed with Germany’s emphasis on climate action in the UN Security Council. In her speech at the 2018 Munich Security Conference, von der Leyen called on European leaders to acknowledge the need for joint action in defence policy and specifically identified climate change as a “global challenge” that would affect the calculus of traditional security policy.

Von der Leyen's decidedly pro-European stance is seen as an assett in her bid to become head of the EU's executive body. The trained doctor and mother of seven children was born in Brussels, where her father worked as a bureaucrat in the Union's predecessor, the EEC. Apart from her native German, she is also fluent in English and French, a skill that sets the 60-year old apart from many of her German government cabinet colleagues. It possibly also helped her secure the backing of French President Emmanuel Macron in the haggling over the EU's top positions between the heads of government of its 28 member states, which saw the initial “Spitzenkdandidaten” (top candidates), including von der Leyen’s fellow German conservative Manfred Weber, waive their candidature.

The way in which von der Leyen eventually emerged at the top of the heap in the European Council's negotiations had irked many observers in Germany and also Merkel said “I could have imagined other ways of finding consensus." However, "we now have found one that saw Ursula von der Leyen in the lead," she added. Critics pointed out that von der Leyen rose to the top in a concession to the nationalist governments in Hungary and Italy, which refused to back the centrist parties' "Spitzenkandidaten" from early on.

Von der Leyen also had been criticised for repeated scandals within the army and a declining confidence in Germany’s military capabilities during her tenure in the defence ministry since 2013. Constant bad news over deficiencies in the Bundeswehr’s equipment, long overlooked far-right tendencies among soldiers or the extreme cost explosion of the restoration of a traditional sailing vessel tarnished von der Leyen’s image as a determined achiever and repeatedly placed her last among Germany’s minister in voter popularity polls. Moreover, an ongoing board of inquiry over possible spending irregularities in von der Leyen’s defence ministry regarding the assignment of external consultants might still unearth unfavourable details.

Influential members of Germany's Social Democrats (SPD), the smaller coalition partner in Merkel's government coalition, were furious at the alleged horse-trading in the European Council. Martin Schulz, former President of the European Parliament and the SPD’s frontrunner in the 2017 German elections, called von der Leyen Germany’s “weakest minister”. Fellow SPD politician Sigmar Gabriel, former German foreign minister and vice Chancellor, even called the nomination “an unprecedented act of political trickery” that would give his party every reason to leave the coalition.

On the other hand, SPD member and director of Hertie School of Governance in Berlin, Hendrik Enderlein, called von der Leyen “a strong choice” for the EU Commission. “Her track record in various (difficult) governmentt positions is good. She is an impressive European - and will impress many Europeans,” Enderlein said on Twitter.