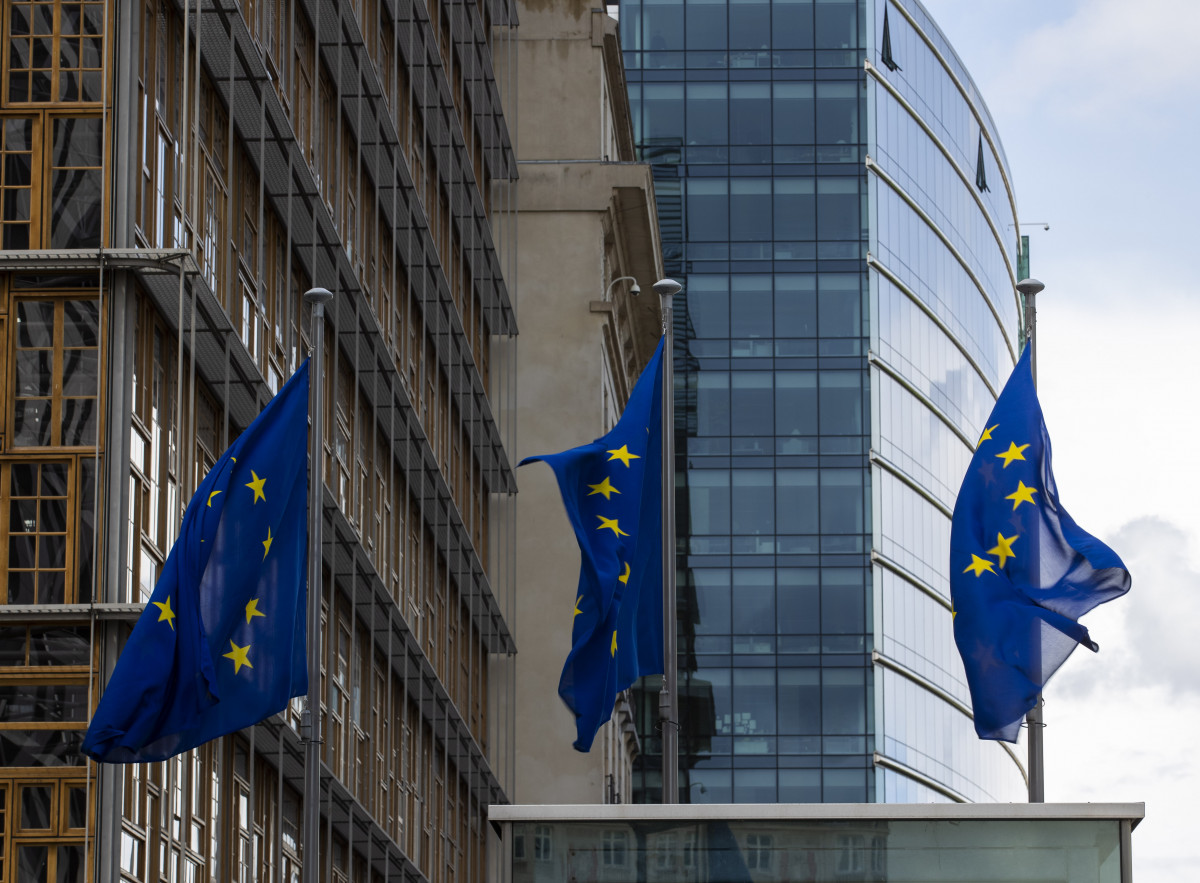 There were already high expectations for the German Council presidency even before the COVID-19 crisis and now they are even higher, says senior policy analyst Sophie Pornschlegel. Photo: European Union.

Helping European Union member states find a compromise on a coronavirus recovery package in July will be a first test for the German EU Council presidency in the second half of 2020, says Sophie Pornschlegel, senior policy analyst at the European Policy Centre (EPC). The Union’s long-term budget and the recovery plan are two areas where one can really push for a good sustainability agenda, she says. If, however, climate and energy are pushed to the end of the presidency’s term, then “not much will happen.” Clean Energy Wire talked with Pornschlegel about Germany’s role during the coming six months and what to expect from the presidency on climate and energy issues.

Clean Energy Wire: Germany takes on the Council presidency at an interesting and difficult time for the European Union. The coronavirus crisis, European cohesion and Brexit, a bad state of transatlantic relations; the list goes on. What role does Germany have to fill or is expected to fill during its presidency over the coming months?

Sophie Pornschlegel: There were already high expectations for the German Council presidency even before the COVID-19 crisis and now they are even higher. Economically and demographically, Germany is one of the most powerful countries in Europe, which already sets the bar high. But there are a lot of important deadlines coming up in 2020 anyway, such as the negotiations on the long-term budget (MFF) and Brexit. Now, the Next Generation EU package comes on top.

Overall, we need to lower the expectations on the German presidency. If EU leaders already find an agreement on the Next Generation EU package and on the MFF – which is scheduled for the first phase of the presidency – plus on the Brexit issue during the second phase; that would already be a huge success. This also means that all other policy areas come only afterwards. The only thing that could work is including policy areas, such as the digital agenda and climate change, in the Next Generation EU package– and I think that is what they are trying to do. My criticism would be that this package is only for the next four years and that period is not long enough. This means the climate and the digital agenda need to take a more prominent role in the MFF budget. 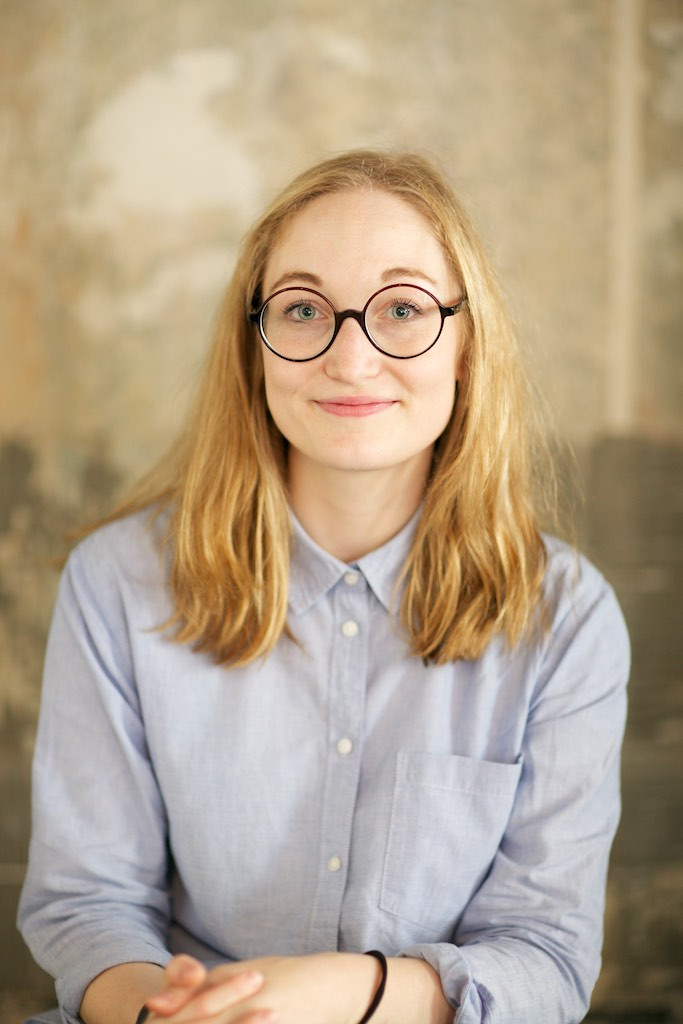 What options does a country have as Council president to shape policy?

The Germans say they are “honest brokers” and moderators. They don’t want to be seen pushing too much for their own national interests. In addition, you have Charles Michel, who is the permanent president of the European Council and has an important role to play in finding a compromise during the leaders’ meetings. However, it all comes down to the political context and the fact that Germany is also an important country. There is so much to do in so many policy fields and there is quite some wiggle room in setting the agenda and pushing for political compromise. When you are Germany – and when you have a Franco-German initiative – you can definitely move things forward.

What role does the trio presidency set-up play and has the cooperation between Germany, Slovenia and Portugal been going well? The German government has been highlighting the importance of teamwork.

I have a pragmatic view on this. Unfortunately, it is still the big countries that have the power in Europe. If you have France and Germany pushing for an initiative, the European Commission can propose something bigger and then you can build the requisite coalition. You saw the difficulties smaller countries had to face during the Croatian presidency, which wasn’t able to do much – also because it was their first presidency and they faced a crisis situation. It was the Franco-German cooperation that influenced the Commission’s plan, not a presidency proposal.

Emphasising the trio setup is also a way for Germany to lower the expectations. Of course, it is important to cooperate and to have this trio presidency, because six months is not much time to achieve results. However, six months is enough to push an ambitious agenda that can then be followed up by the next Council presidencies.

How much is the coronavirus recovery package in the hands of the German presidency or with European Council president Michel?

That’s a difficult question. The main point in the EU is that you have to find compromise among the 27, which is never an easy task. You have a proposal from the Commission based on the Franco-German initiative, so there were already talks between EU leaders and the Commission. Charles Michel plays an extremely important role in making sure that the negotiations succeed, but so do the bilateral talks – also over the past weeks.

Having an agreement on the recovery package by July would be setting the tone and making things much easier for the Germans.

It is quite hard to say what role they play, but it is a mix between having a good Council president able to set the right tone for the negotiations and the bilateral talks and some big member states helping to push a proposal.

With this in mind, can the recovery package be considered a first test for the German presidency?

Yes, I think it will be and I think that timing is extremely important. If they do not manage to find a deal during the July European Council, then it means things will get difficult for the German presidency. Having an agreement by July would be setting the tone and making things much easier for the Germans.

Germany and France have made a proposal, as have the frugal four and the Commission. Can Germany be a neutral broker in finding a compromise?

That is the main point. Every member state in Europe has its own national interests. It is true that when they have the role of Council president they have to try to play more of a moderating role, but of course they still have to represent their respective national interests. They are not neutral actors. This will be one of the difficulties for Germany. In public statements to date, it has shown that it really wants to be an honest broker and find an agreement, because the presidency’s success depends on it. Germany has quite an important role to play and really wants this to work out.

European countries have very diverse sets of interests and are in very different economic situations. Is an agreement on a so-called “green recovery” – with stringent climate conditions – possible in such a situation? Would it be an idea to require states to support a more ambitious 2030 climate target and greenhouse gas neutrality by 2050 in return for receiving recovery support?

The question of conditionality is one of the crucial points and we will have to wait and see what the EU’s leaders decide in July. The devil is in the detail. The Commission work programme is quite ambitious with many strategies planned – biodiversity, the EU climate law, the farm-to-fork strategy – and they are trying to push for it. But you need to get the EU’s leaders behind it. Countries like Poland argue that “we cannot agree to something when we don’t have a plan on how to achieve it,” and a prime example is climate neutrality by 2050.

So it will be difficult because there is this time pressure to find an agreement on the general economic recovery package. The attempts to push through climate conditionalities might fall victim to the need to hammer out an agreement on the bigger package. I hope this will not happen, because it is such an important topic. As the Next Generation EU package is only for four years and the MFF is more long-term, maybe the German Council presidency will be smart enough to manage to dedicate more funds to climate action and digitalisation in the MFF. In the end it will come down to the EU leaders looking at the whole package.

Germany has two main climate-related goals for its presidency: an agreement on a climate law and a decision to raise the 2030 climate target. Will it succeed?

If you look at the Council presidency’s draft programme you will see that they do not come up with lots of new initiatives on climate and energy, maybe aside from a focus on hydrogen. What they say is that they support the Commission’s work programme. That’s fair enough, because that programme is ambitious and contains lots of good ideas. The German presidency does not want to be too creative on this and will instead support what’s already out there. It’s quite a pragmatic approach.

However, due to the current focus on economic and social crisis response, I strongly doubt that there will be something ambitious on climate. Where one can really push for a good sustainability agenda is through the MFF and the recovery package. If the climate and energy agenda is pushed to the end of the presidency’s term, then that means not much will happen.

The EU-China leaders’ meeting has been postponed. Is there a chance for an agreement on some kind of joint climate action or statement during the German EU presidency?

To be very honest, the EU-China cooperation will not focus too much on this. The main China-related aim of the German presidency is to have a common European voice in response to China. Germany will attempt to build a common European approach toward China, which is always called both a partner and a competitor. The focus will be on investment strategy and on industry –on the economy in general. Climate will be part of a greater package, but not the main focus of the German presidency.