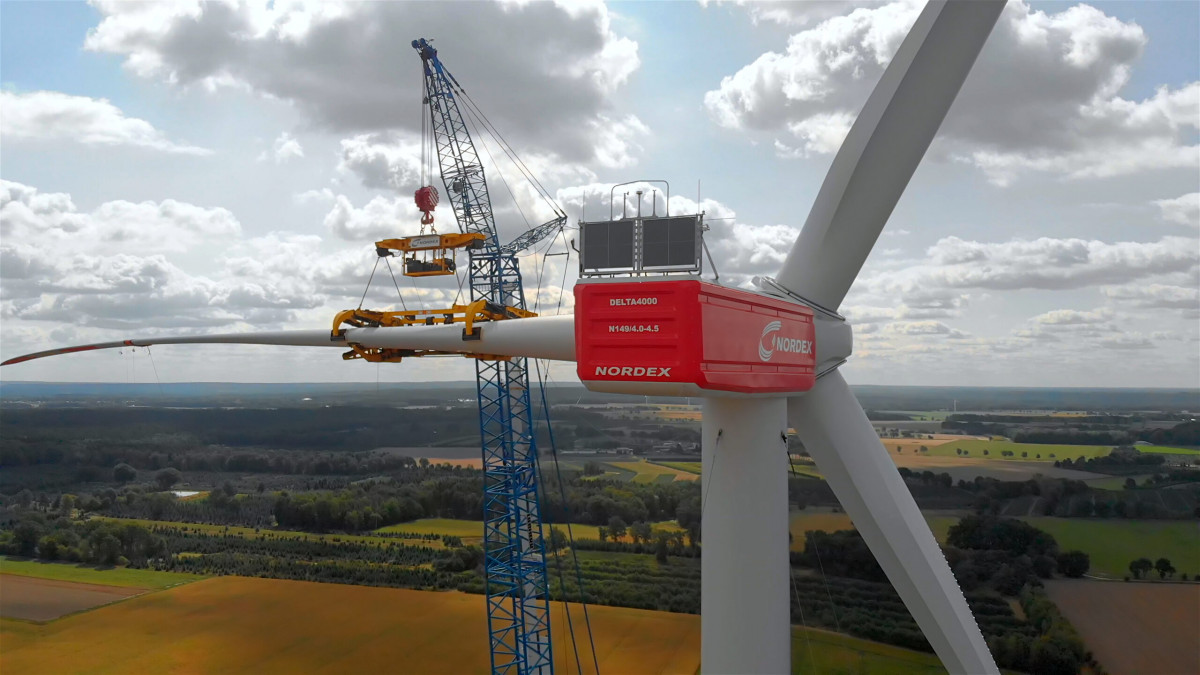 Wind, solar PV and other renewable sources overtook fossil fuels in German power production last year, according to preliminary data by the federal network agency (BNetzA) and think tank Agora Energiewende. Together with record-low energy consumption due to the coronavirus pandemic, higher CO₂ and lower gas prices, plus a mild winter, this led to a significant decrease of greenhouse gas emissions in 2020. Germany has reduced total emissions by about 42 percent over 1990 levels, overshooting its original 2020 target. However, think tank Agora Energiewende says this would not have happened without the pandemic and that it expects emissions to rise in 2021.

Renewable power production in Germany increased in 2020 and overtook generation from coal, natural gas and oil for the first time, data from think tank Agora Energiewende shows. The economic recession brought about by the coronavirus pandemic pushed down overall consumption of coal, oil and gas, and was the main driver for a 10-percent drop in greenhouse gas emissions last year.

According to the data, wind energy alone produced more electricity than the country’s lignite and hard coal plants. Overall, renewables produced 45 percent of Germany’s electricity as the pandemic-driven decrease in consumption and cheaper gas power “heralded the end of coal”, the think tank stated.

The slump in conventional power production comes largely at the expense of coal-fired power generation. According to Agora, it was not competitive at many points throughout the year due to a combination of lower CO2 allowance pricing, reduced demand for electricity, lower electricity exports and the cost advantages of gas-fired power plants. Pressure on hard coal and lignite looks set to be sustained. The think tank expects emission prices to continue to rise in 2021 after EU leaders decided to raise the bloc’s 2030 climate target to at least 55 percent.

The think tank says total greenhouse gas emissions fell by about 80 million tonnes CO₂ in 2020. This means the country overshoots its original target of 40 percent, reducing emissions by about 42 percent over 1990 levels. This echoes first estimates by energy market research group AG Energiebilanzen (AGEB) from December 2020.

Germany would not have reached its target without the pandemic, says Agora, and warns the situation could even turn around this year. “Transport and industry will again emit more greenhouse gases as soon as the economy picks up again,” said think tank head Patrick Graichen. “For 2021, we expect more emissions overall. Only rapid climate policy action can counteract this.”

Environment minister Svenja Schulze said the emissions drop is also a result of climate policy decisions, not only the pandemic. "The good development in climate action did not come out of the blue," she wrote in a message on Twitter. "Emissions are already falling significantly for the third year in a row." Especially emissions trading and the energy transition were responsible for this, she added.

The government should decide to increase it targets for 2030, said Agora's Graichen now. “A greenhouse gas reduction of at least 65 percent compared to 1990, instead of the current 55, is appropriate for Germany.” He added that all economic stakeholders should be prepared for this. 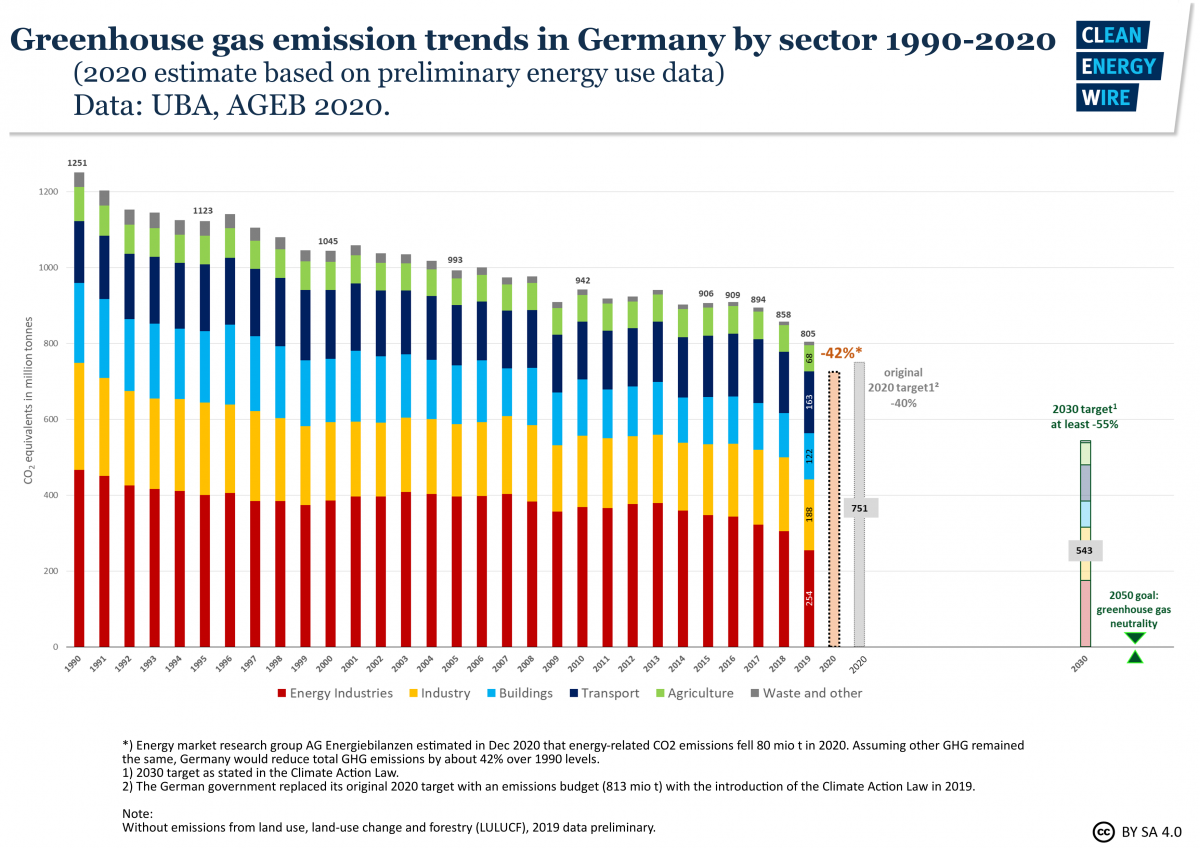 When only looking at the public power grid – excluding industry power units and the energy plants’ own consumption – the share of renewables was even bigger in 2020. Overall, 49.3 percent of electricity at the country’s power plugs came from renewables, mainly wind and solar PV.

Wind power expansion picked up in 2020 but remained sluggish overall, the solar power industry looked back on a positive year. “Whether solar cells, solar storages or solar collectors – this year they were virtually snatched out of our industry's hands,” said Carsten Körnig, managing director of lobby group BSW Solar. Around 25 percent more new solar rooftop installations were added in Germany last year than in 2019 and nearly every tenth consumed kilowatt hour of electricity came from solar energy, said BSW Solar.

Agora Energiewende head Graichen said that due to lagging wind power expansion the overall growth rate of renewables in 2020 was much lower than the past years’ average, stating that “it is by far not enough for Germany to reach its 2030 climate target.” Wind power development needed to triple and solar PV expansion to double.