The number of internal combustion engine jobs in the German car industry that will be affected by the shift to electric cars will significantly exceed retirements in the years to come, the Institute for Economic Research (Ifo) has found. In a study commissioned by car industry association VDA, the institute estimates that at least 178,000 employees currently depending on combustion engines will be affected by the transition by 2025, while only 75,000 will retire. The authors stressed that "affected" employees will not necessarily lose their jobs, but they would at least have to adapt to new roles. The study also didn't take into account the creation of new jobs associated with the transition, for example in battery or electric motor production. By 2030, the shift will affect at least 215,000 combustion engine employees, compared to 147,000 retirees, Ifo said.

The German car industry employs more than 800,000 people, and around half of them depend on combustion engine production. "The expected transformation in employment will not be fully cushioned by the retirement of the baby boomers," said Oliver Falck, head of the Ifo Center for Industrial Economics and New Technologies. "Since the gap is already known now, companies have the opportunity to take appropriate measures in time, for example retraining and further education."

The shift to electric cars will hit employment with a delay, because the companies currently maintain parallel production structures for combustion engine and electric models. The value of product groups directly affected by the transition already fell by more than 22 billion euros between 2015 and 2019, a drop of around 13 percent, Ifo said. In contrast, employment in these groups fell by only around two percent, or 8,000 employees. "We can already see from the development of production figures that very different parts are needed for electric cars than for combustion engines. The transformation has not yet reached employment to the same extent," Falck said. 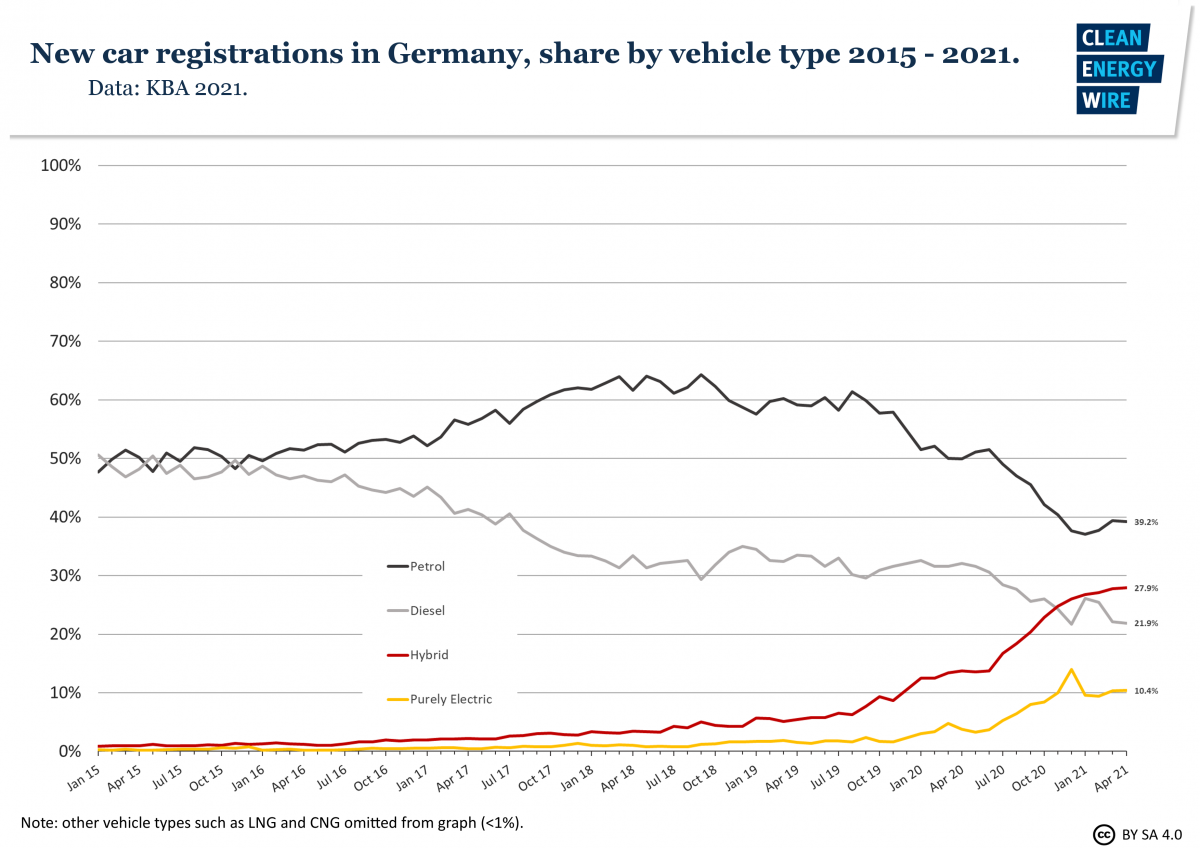