Germany's Social Democrats (SPD) have nominated current finance minister Olaf Scholz as the party's candidate for chancellor. This marks the first major move from one of the country's larger parties in preparation for the parliamentary election in autumn 2021. "It's official," Scholz said on Twitter, adding that his nomination was proposed by party leaders Saskia Esken and Norbert Walter-Borjans, who beat Scholz in the race for the smaller government coalition partner's leadership at the end of last year. "I'm looking forward to an exciting, fair and successful election campaign in a strong team," he added.

The current finance minister and vice chancellor, who previously served as mayor of Germany's second largest city Hamburg, has long been discussed as the party's candidate, even though he is a controversial figure within the SPD's ranks, as his centrist stance is seen as watering down the party's left-leaning profile. "We know that this decision might come as an unexpected turn for some," said Esken and Walter-Borjans, who belong to the left wing of the party. "We ask you to trust us on this path. We are determined to take it together," they added. Scholz last year called for a "big coup" in German climate policy and, as finance minister, has pushed for an overhaul of the country's financial sector towards greater sustainability.

His greatest competitors for the Chancellery are likely to be candidates from incumbent Angela Merkel's conservative CDU/CSU alliance and from the Green Party. Despite still being widely popular among voters, Merkel, who entered office in 2005, has said she will not run again as the CDU/CSU's candidate and that her current fourth term in office will also be her last. The current most likely candidates for her successorship as the Conservatives' frontrunner are Armin Laschet, state premier of North Rhine-Westphalia, Markus Söder, state premier of Bavaria and Friedrich Merz, a former CDU parliamentary group leader who is favoured among the party's more conservative wing. The Green Party might field one of their two party leaders as candidate for chancellor, Annalena Baerbock or Robert Habeck. 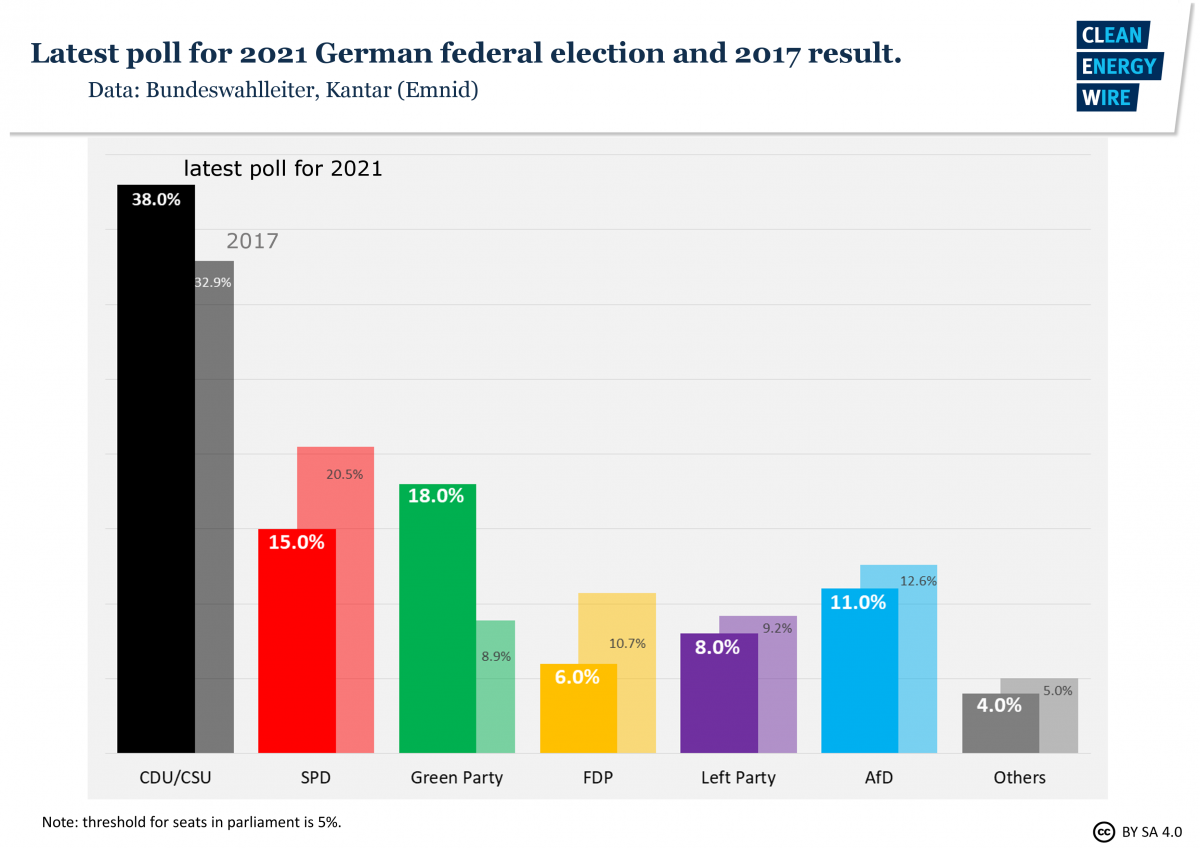