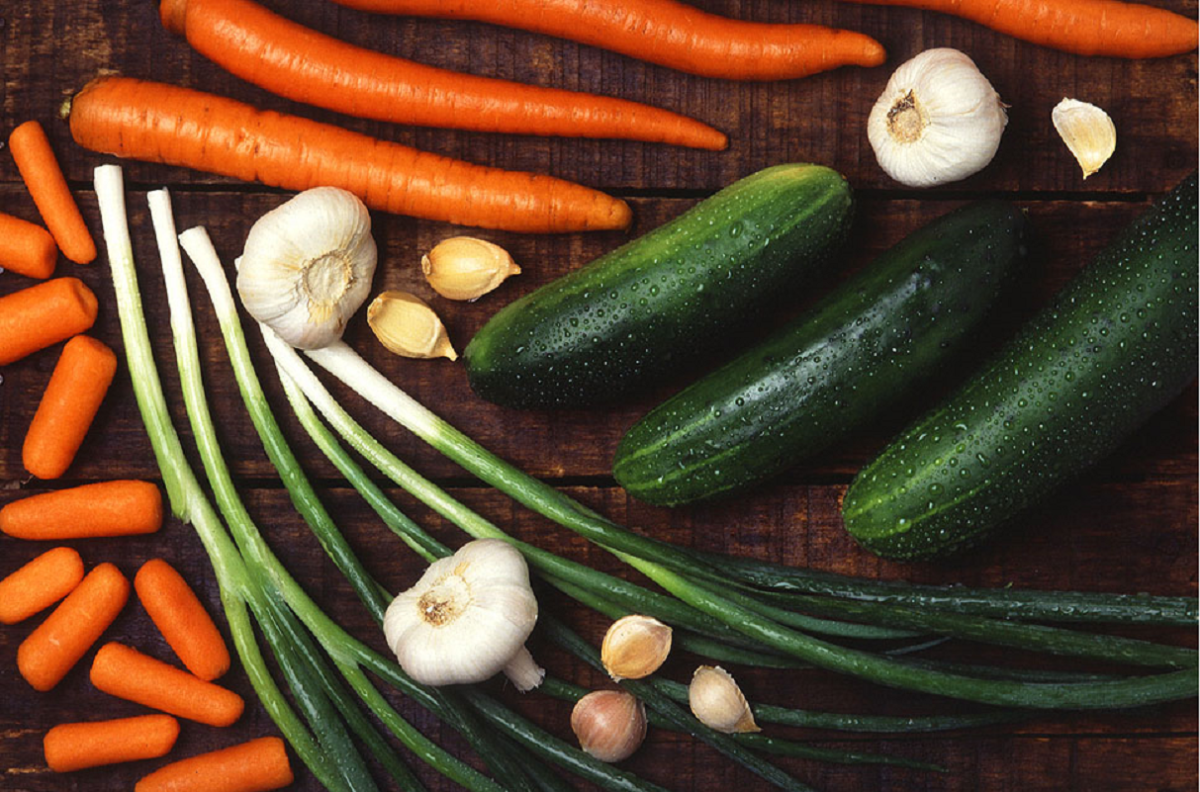 Even homegrown vegetables are not automatically climate neutral - depending on how they are sourced and treated. Photo: US Dept. of Agriculture

It remains virtually impossible to make truly "climate neutral" products in a modern economy, despite the rapid increase of such labels, says Susanne Spies of Germany's Federal Environment Agency (UBA). Entirely eliminating the climate impact of products and services still poses huge challenges, the researcher for ecologic design and environmental labeling told Clean Energy Wire in this interview. She explains why clear definitions are urgently needed to make neutrality claims effective, where states and companies differ when counting emissions, and why even growing your own vegetables is not necessarily climate neutral.

*** Please note: This interview is one part of the CLEW focus on company climate claims.
This dossier lists our existing publications and future content plans. Our upcoming events are here.
This blog explains why we decided to launch the project.*** 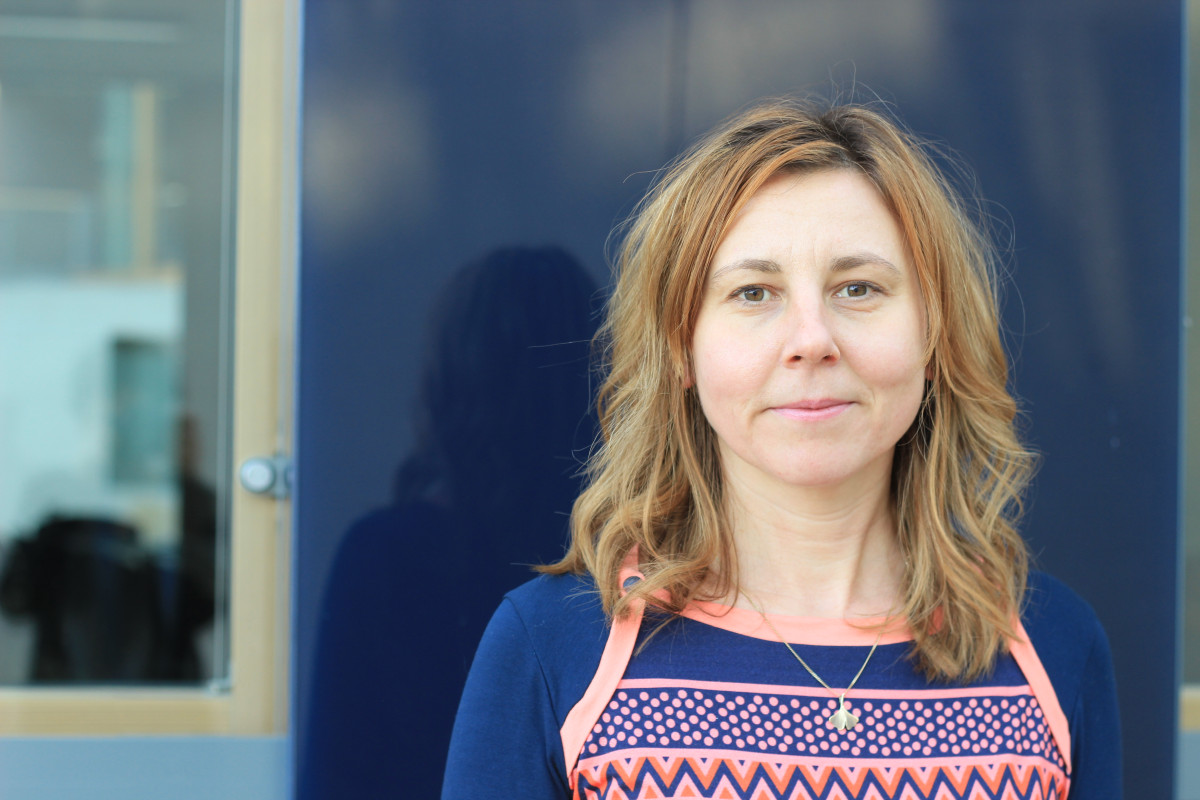 Clean Energy Wire: Climate neutrality, greenhouse gas neutrality, carbon neutrality – many different terms are being used for an idea that for most laypeople simply denotes the ambition to reduce the negative impact of our economic activities on the climate, or on the environment more broadly. What do you think is the most appropriate term to describe what Germany’s government and others are aiming for and which one is the most common the UBA uses for its work?

Susanne Spies: It’s probably necessary to make a distinction between what’s being used in expert debates or in legal documents and what in the public discourse. Greenhouse gas neutrality denotes a net-zero effect of CO2 and other greenhouse gases on the climate by reducing emissions and offsetting the remaining emissions by using sinks.

Climate neutrality, on the other hand, would mean the net absence of anthropogenic effects on the climate, including non-greenhouse gas emissions. This includes aviation, where parts of the emissions form clouds that alter the atmosphere’s reflection capacity and thus influence the climate without direct greenhouse gas effects. In scientific discourse, a correct use of the terms is, of course, indispensable. In the broader public debate, however, climate neutrality is often used in a way that not really reflects the term’s meaning.

The German government is using the term "climate neutrality" to describe its aims. Is it using the wrong word?

No, not necessarily. The German government’s central national climate target is to reach greenhouse gas neutrality by 2045. With respect to national targets, the Climate Action Law uses the correct term. To inform the public, however, the government then also partly uses the term climate neutrality, which is probably due to the fact that the term is more familiar to laypeople. The balancing act between comprehensible and scientifically correct terms is not always easy. You could argue that politicians have to communicate in a way people can understand, but science must be precise.

Given that climate neutrality is denoting much more than only cutting carbon emissions to zero, is a truly climate neutral industrial product even conceivable?

A lot is possible, at least in theory. If a given product’s input materials are all made from renewable primary products, if the production and transport of the final product and any intermediary product are done with renewable power and if the product is causing no direct emissions in use and disposal, an ‘almost’ climate neutral product is indeed conceivable. However, neutrality also depends on the applied timeframe and the industry or company involved.

Politicians have to communicate in a way people can understand, but science must be precise

To put it a bit more generally: Can I grow my own vegetables in the garden in a climate neutral way?

This also cannot be answered easily and depends on a range of factors, but homegrown food, too, is not automatically climate neutral. You’d have to check where the seeds you’re using are coming from, whether industrial fertilisers or pesticides are being used and so on.

Despite actual climate neutrality being so difficult to achieve, labels that customers find on products on the shelves or in advertisements come with all kinds of claims regarding climate impact or CO2 balance. Is there a risk that this could dilute the meaning of these labels and even create a false sense of security that ultimately creates more damage than providing reassurance that products are “clean”?

There is an initiative for rule setting on carbon neutrality by the International Organisation for Standardisation (ISO), an institution that coordinates industry standardisation activities in nearly 170 member countries. As the ISO’s work is conducted mostly in English, it works with the term “carbon neutrality” – which in German is often translated as climate neutrality.

However, what is more important than the wording is how the neutrality claim is backed up. The approach advocated by UBA is based on a priority to reduction of GHG emissions through efficiency and sufficiency, followed by substitution of emissions-intensive with neutral or at least low-emissions products and only then offsetting residual emissions that cannot be reduced. Put otherwise, offsetting alone cannot be the basis on which a sound neutrality claim rests. It must only apply to residual emissions that cannot be reduced.

Controlling for these three criteria seems manageable in a national context, where standards apply uniformly and activities are carried out within a given jurisdiction. But most countries’ economies are profoundly international in character, with resources, intermediary goods or services coming from abroad. How can adherence to these principles be verified for any given product in this case?

Companies usually are private economic actors for which a territorial approach is difficult to implement. It’s therefore important to apply a “value chain” or “life cycle” approach. Any company in principle is obliged to account for its upstream and downstream emissions as well, the so-called indirect or Scope 3 emissions. In an ideal world, in which each company carefully counts its own direct emissions, these indirect emissions are not needed.

But companies and other organisations strongly influence the emissions within their upstream supply chain and their downstream demand chain, so they have to account for these. Currently, the ISO works on a carbon neutrality standard that seeks to define criteria for carbon neutral organisations and products. It is scheduled to be published in early 2024. We will see whether it will leave loopholes that need to be closed by national regulation.

The ISO norm for carbon neutrality that you’ve mentioned is supposed to lay the groundwork for such a scenario by providing a catalogue of criteria for companies. How fast and how comprehensively are these criteria applied? Will a commonly accepted standard have a significant effect on climate mitigation?

A standard of course is not legally mandatory like a law and cannot be enforced either. The “market” for climate neutrality claims thus remains generally unregulated and voluntary for companies. The idea is that a widely accepted standard automatically increases the quality of climate mitigation measures – and that companies and other organisations regard themselves compelled to abide by it. However, it will only define basic criteria, which might not be sufficient to meet international and national climate policy objectives. So, further regulation likely is needed.

You said compensation is only the last resort in terms of climate neutrality efforts. Yet, promises to offset emissions through reforestation or other carbon sink projects are commonplace. Why is there such an imbalance between what’s publicly advertised regarding climate neutrality and what’s considered a priority from a scientific point of view?

This prioritisation is not straightforward. Natural carbon sinks will play a decisive role in the quest for climate neutrality, but they are traditionally linked to the territorial principle. This means that if a company invests in a reforestation project, there’s a risk that the carbon sink created this way will be counted at least two times: First to offset a company’s carbon footprint according to its carbon neutrality claim, and second to help fulfill the host state’s climate policy objective, reducing the need for other measures.

However, this is not to say that compensation or offsetting is generally a bad thing. There are many compensation projects that are done well and also come with a range of co-benefits in their region. But it’s clear that offsetting alone will not be enough. Emissions reduction is the backbone of climate action.