Germany will miss its climate targets without leaps in technological innovation, even taking into account the recently agreed climate package, says Georg Nüßlein, deputy parliamentary group head of chancellor Angela Merkel’s conservative alliance and member of the CDU's Bavarian sister party Christian Social Union (CSU). Forcing citizens to change their behaviour through a higher CO₂ price than planned would not work and only push them to vote for parties like the far-right populist Alternative for Germany (AfD), and divide the country into urban and rural camps. Clean Energy Wire spoke with the Bavarian MP about current climate plans, increasing targets and Germany’s role in global climate action. [Note: The interview was conducted on 11 December, shortly before news broke of a possible climate package compromise in the Bundesrat/Bundestag mediation committee, which could include raising the CO2 price.]

Clean Energy Wire: It has been a turbulent year for German climate policy – Fridays for Future, heat waves, the debate about the climate package. When, at the end of the year, you now go home to your constituency in Bavaria, what is the citizens’ view on the energy transition and climate policy? 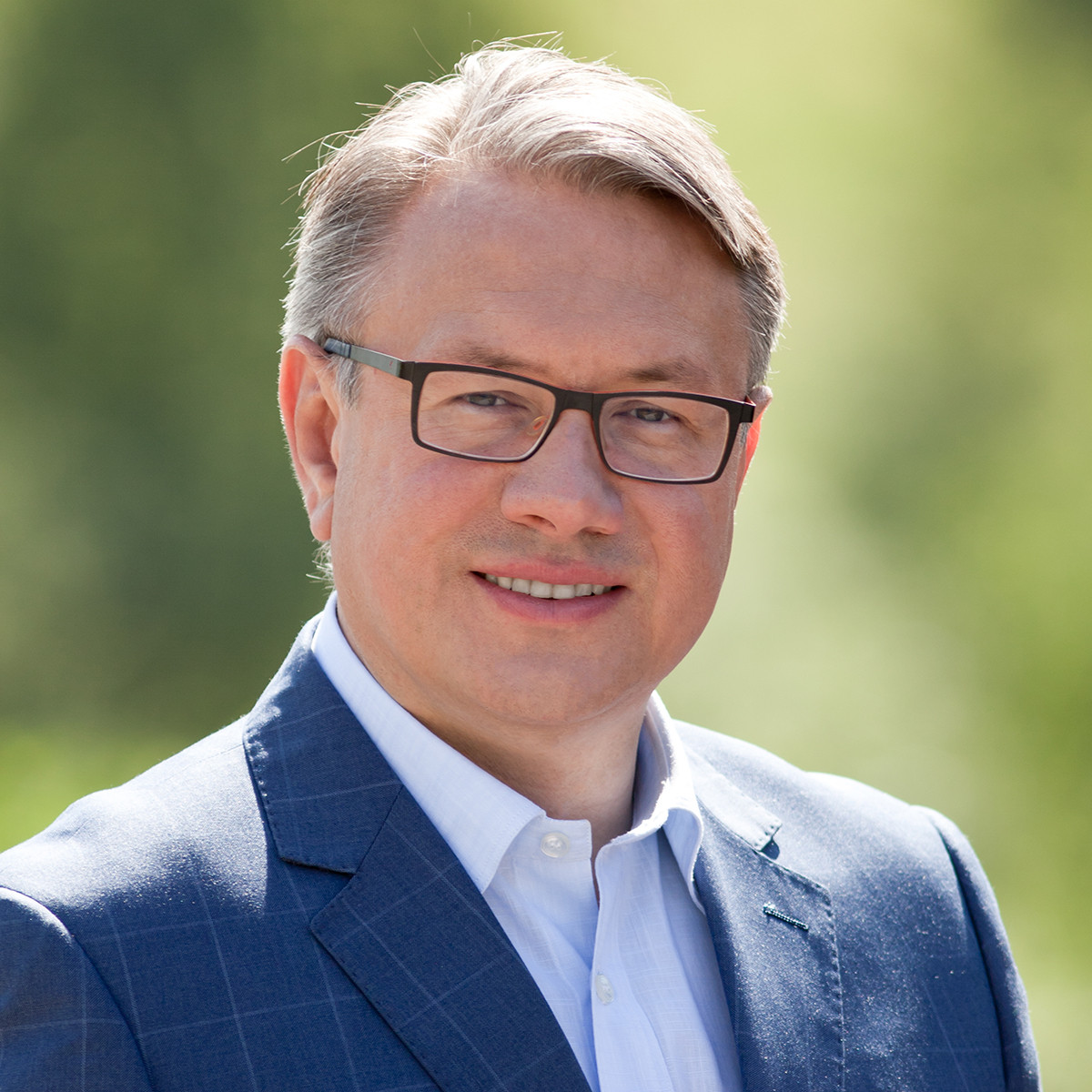 Georg Nüßlein: I have always tried to prevent the climate issue from dividing Germany into urban and rural camps. I represent a very rural constituency and there the risk of such a divide is immense. The basic approach in Germany was making petrol more expensive and putting the money into public transport. In effect that means that rural areas pay and cities collect. I don’t want to oversimplify, but I highlight that by far the biggest risk is that we forget the situation in rural areas where individual transport is a must. So we have to develop alternatives, instead of just pulling money out of people’s pockets. It’s about showing people 1) fossil fuels are getting more expensive and scarcer, 2) one has to think about alternatives, and 3) we as politicians have to set the framework for these alternatives to develop.

Your government coalition has promised legislation to ensure Germany reaches 2030 climate targets by the end of this year. Now, in December 2019, where do you stand?

We’ve got most done, although in regard to tax issues there is still work to do. That, however, is not due to the federal government coalition, but the states. They first talk big about what they want to do on climate, but when it comes to action, they say the federal government should foot the bill. So, it’s about money. We will overcome this dispute, because I don’t think the Greens can afford to put pressure on us for more speed and ambition and then block the whole thing in the mediation committee.

You said you’ve got most done, but issues such as the coal exit and new rules for renewables expansion are still unresolved.

They are on the way. Talks are ongoing and I am very optimistic. It’s something that will not happen overnight – a step-by-step exit from coal by 2038 – so that it’s not about a few extra days, but rather about implementing the plan in a reasonable way, also for the affected regions.

The real debate, however, is not being held: How do we replace it? We exit nuclear power by 2022, and coal in parallel by 2038. The ideas for what could replace these are limited so far. How do we provide 65 percent of electricity consumption by 2030 with renewables? How do we raise acceptance among citizens who don’t want any more wind turbines in their closest neighbourhood? How do we manage if other sectors such as industry also need more renewable electricity?

We have to tell the people clearly: If we want to manage all this with renewables – which I do – then we have to find a way, for example, to produce renewables-based hydrogen in Northern Africa at low cost.

Doesn’t the situation you just described mean massive renewables expansion also within Germany? Industry giants like Siemens, Thyssenkrupp and Wacker recently put an ad in newspapers calling for an “aggressive” expansion. At the same time, however, we have developments like the 10-H minimum distance rule for wind turbines in your state Bavaria, where only a handful of wind turbines were installed over the past two years. How does this fit together?

Well at the same time those companies put out such an ad, they are the first to tell me that the power price must not increase. They are right. Our wealth to a large extent is based on receiving energy at competitive prices.

Even if we install turbines in Bavaria – which by the way is a bad location for wind power – we will in the end not be able to power an industrial nation. Some people pretend like we can do this alone, simply by regional exchange within our borders. We cannot, already because the sun does not shine and the wind does not blow all the time. That’s why we need to think about things like producing green hydrogen in other countries.

But don’t you have to do both – expand domestically and develop the import of renewables?

Of course, and we do. In Bavaria, for instance, we continue to expand solar power. As for wind power, you should put the turbines where the wind actually blows. In my view we could also expand hydro power, but there are environmental concerns.

Renewables expansion is only one aspect of the climate package. Economists and researchers have criticised the whole package as insufficient to reach climate targets. Don’t you have to do more?

No. You know, economists first take money for making forecasts, and then they take money to explain why the last forecast did not turn out to be true. It’s not that easy. We have to calculate with innovation leaps. If we’re not able to push such leaps, we will fail on climate action. Especially if we resort to decisions like simply increasing the CO₂ price. People in a democracy wouldn’t put up with that. You cannot force them.

So the package must not be made more ambitious?

The question is: how ambitious do we treat this package. How ambitiously do we react to what the government has decided? Are there possibilities to continue with individual mobility, while at the same time emitting less CO₂? Will the e-car remain at the same technological level it is now?

That’s all fair and good, but Germany now has annual emissions targets for each economic sector, and to reach these the government has decided its climate package. If researchers now say this is not enough…

We talked about whether it will suffice in the end. Will we reach targets or will we not? And I’m telling you that we will with innovation leaps. If they don’t happen, we will not reach targets even by force, because the people will not let themselves be forced. Politicians will not get people in rural areas to do without their car. Those people will simply vote differently. And then we’ll get an AfD stronghold also in western Germany.

We will reach climate targets with innovation leaps. If they don’t happen, we will not, even by force, because the people will not let themselves be forced.

The new leadership of the Social Democratic Party (SPD) has said it wants renewed talks about the climate package with your conservatives. Are you open for such talks?

We have laboriously negotiated the climate package with the SPD colleagues. It cannot be that a party conference elects different new leadership that says all of that doesn’t count. I have to assume that those who have negotiated with us in the parliamentary groups also have the say and what we agreed still stands. I would not say no to talks, however. If they have good ideas that could bring us forward, then let’s go. But simply to say we have to make it more expensive – that’s too easy.

So increasing the CO₂ price…

…is not a good idea. We decided on a low entry-level price, so that citizens have the signal in which direction the journey goes. If I start with a high price, how can someone react who can only just afford a used diesel car and the fuel?

But if you want to reach targets in 2030, won’t you get to a point later where you suddenly need to increase the price by a lot? Isn’t it better to start with a price higher than 10 euros per tonne of CO₂?

Again, how can someone adapt who lives in a rural area and needs a car to reach their workplace? Not at all. And so that person has to pay. If we don’t develop the alternatives, then the whole thing will fail, yes. That’s what it’s all about. What can Germany contribute to climate action? Anything we try to do ourselves alone, such as giving up this or that – that will help no one. What we can do is develop technological alternatives in areas such as mobility, food supply, heating, construction. At the same time, we have to ensure a level playing field.

And in my experience all the environmental issues are pushed to the background when the country’s economy falls on hard times. That must not happen. It would make climate action a topic for the elites, and then we would have the majority of the people against us. That would lead to nothing, except a division in society.

My preview on crucial German #climate cabinet meeting next week

European Commission president Ursula von der Leyen has presented her Green Deal for the EU in Brussels. One aspect is to raise the bloc’s 2030 greenhouse gas reduction target to 50 or 55 percent. Doesn’t that mean Germany also has to raise its 2030 target and that in turn means the climate package is insufficient?

To be honest, this is too much planned economy. I think much of the Green Deal, but little of constantly increasing the targets according to the motto: “Let’s put the bar up a notch so it’s easier to duck below it.” That the Green Deal synchronizes competitive conditions within Europe, I highly welcome.

Until now, Germany is among those countries that have taken on a proportionately higher share of the burden in sectors such as transport and buildings. If the EU now aims for climate neutrality by 2050, wouldn’t Germany have to reach it even sooner by that logic?

What’s important is that Germany remains an industrial location. It’s not a solution to chase away the key industries. Of course, Germany would then reach its targets, but that would not help the global climate. We have to look at the complete picture, and also think about whether a share of our money could be a better investment abroad – think about rain forest protection and reforestation. Of course that would have to be counted towards the emissions budget.

Could that not be compared to buying indulgences, and lead to countries not doing enough at home?

No, that is not how I picture it. We have to be prudent about it. For example, does it make sense to put that last extra layer of insulation on the house here in Germany if – with the same money – I can achieve much more elsewhere? However, it should not be used to avoid doing our own homework in terms of reasonable measures.