Factsheet
Utilities are liable to pay for much of the costs of ridding Germany of its nuclear heritage. But given their economic troubles, will they be able to do so? To ensure the general public does not end up with footing the bill, the government has agreed to set up a state-administered fund to finance storing radioactive waste. [UPDATES Federal Ministry for the Economy and nuclear plant operators sign contract on nuclear fund] 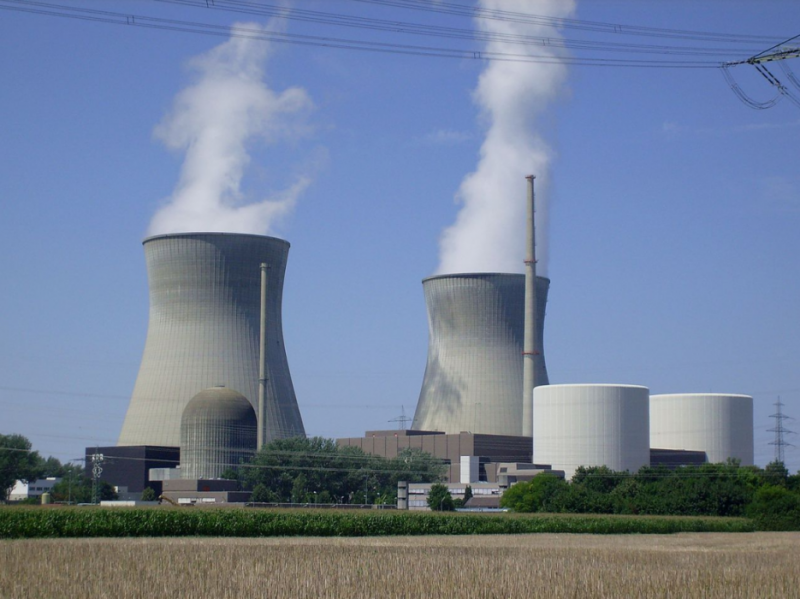 Germany's economy ministry and the country's four nuclear power station operators – RWE, E.ON, EnBW and Vattenfall – in late June formally agreed on how the disposal and storage of nuclear waste will be funded. Both parties signed a contract that confirms how responsibility over managing the nuclear waste will be arranged.

It transfers obligation for disposing of the nuclear residues to the state while the operators are in charge of decommissioning and dismantling their nuclear plants as well as of safely packaging the radioactive materials. The arrangement had previously been decided on by a large majority within the German parliament (Bundestag).

The contract also says that the four operators have to pay nearly 24 billion euros into a fund for financing the intermediate and final storage of the nuclear waste , managed by the sate. Payments have to be completed by the beginning of July and the agreement will be legally binding for both parties, guaranteeing the operators "long-term legal certainty", according to the economy ministry. The final bill is the combination of a basic amount of more than 17 billion euros and an additional “risk surcharge” of 35.5 percent - more than 6 billion euros - to cover the contingency that costs exceed current projections, and that the return on capital in the fund is lower than expected.

The contract essentially implements the proposals unanimously agreed on by the Commission to Review the Financing for the Phase-out of Nuclear Energy, set up by the government in 2015. It was tasked with ensuring that the “polluter pays” principle (see below) was upheld and the taxpayer wouldn’t end up footing the bill for nuclear decommissioning and waste storage.

At the same time the 19 members from government, industry and civil society were to secure the future survival of the four large utilities. A government stress test in October 2015 had increased worries that utilities would not be able to pay for the nuclear clean-up.

Estimating the costs for the nuclear clean-up is notoriously difficult, because it will likely last until the next century. Just finding, constructing and operating a final repository for highly radioactive waste could come in at anywhere between 10 and 70 billion euros. Decommissioning and dismantling nuclear power plants is estimated to add between 26 and 67 billion euros to the bill (See the CLEW factsheet Nuclear clean-up costs). Some of these undertakings will have to be paid for by the state, but for a large share of the clean-up, utilities who operated nuclear power plants (NPPs) are responsible.

Polluters pay - if they can

The “polluter pays” principle and provisions in the nuclear power law and the German Commercial Code obligeE.ON, RWE, Vattenfall and EnBW (as well as some smaller municipal utilities which have part-ownership of some of the "Big Four’s" NPPs) to put aside funds for dismantling and waste storage. By the end of 2014, the utilities had set aside 38 billion euros – around 22 billion for dismantling their power plants and 16 billion for final storage.

"Stress test" does not dispel doubts about nuclear provisions

Auditors at Warth & Klein Grant Thornton examined whether the utilities' provisions could cover the assumed cost of decommissioning on behalf of the energy ministry. But questions remained after publication of the results in 2015. Whereas the government and utilities said the calculations showed the companies had set enough money aside, the results also revealed the potential costs could well exceed current provisions .

Parliamentarians and researchers had for some years criticised the utilities’ reserves as insecure and intransparent. The German Federal Court of Auditors (Bundesrechnungshof) said in 2011 that the government lacked the expertise to judge whether provisions made by the utilities were sufficient, posing considerable risk to the federal budget.

Bettina Meyer and Swantje Küchler, associates at FÖS, compared provisions made by the big four utilities by calculating how much each has put aside per kilowatt of nuclear capacity. “What worries us is that the amount ranges from 1,300 €/kW at RWE to 1,700 €/kW at EnBW, 1,800 €/kW at E.ON and 2,000 €/kW at Vattenfall,” Meyer told the Clean Energy Wire. She said it was also unclear why the companies came up with such different provisions assigned for decommissioning and waste storage (see table below).

The “parents are liable for their children” law

The government cabinet approved the first draft of a law in 2015 that would enforce the nuclear plant operators’ liability in case of company restructurings. Minister Sigmar Gabriel calls it the “parents are liable for their children” law, with E.ON’s announcement to spin off its fossil and nuclear power operations and Vattenfall’s 2012 restructuring in mind. Under current legislation, E.ON’s liability for the new company, Uniper – which was going to take on nuclear operations and their decommissioning, according to E.ON’s original plans – would end after five years.

Gabriel wants to make the “parent” liable indefinitely - that is, until the nuclear clean-up is completed, or the utility buys out of responsibility for waste storage according to the new pact - even if the company in question spins of its nuclear operations. Before E.ON’s shareholders ratified the company’s split in June, the cabinet officially reaffirmed its commitment to make the provision law.

A new draft of the legislation was included in the nuclear waste pact the parliament decided on in December.