A large majority of German households have lowered indoor temperatures this winter amid soaring energy costs, according to a report by indoor climate management company Tado. With nearly 80 percent of households turning down their heating in November and December 2022, the average indoor temperature in homes across Germany, including apartments and houses, was 19.4 degrees Celsius on average, 0.8°C lower than in the year before. There were regional differences, however: In the southwestern state of Saarland, 82.3 percent of households turned down temperatures, while in Bavaria, only 76.3 percent did so. On average, households in Berlin were the warmest in November and December at 19.8°C, while the coldest average indoor temperature was recorded in Bremen with 19.0°C. Berlin reduced the temperature the most – 0.9°C – compared to the previous year, however, while Baden-Württemberg reduced the least with only 0.6 °C.

Average heating temperatures dropped across Europe, the company's report based on households using tado°'s smart thermostats and other compatible heating systems showed. Reduction was greatest in the Netherlands, Belgium (both -0.99°C) and the UK (-0.97°C), while households in Norway (-0.22°C), Bulgaria (-0.28°C) and Spain (-0.29°C) lowered average temperatures the least among the surveyed countries. Besides the risk of gas shortages and higher prices, warmer temperatures in the months covered also contributed to lower overall heating demand.

To deal with the gas crisis, the German government has advised people to lower their thermostats in order to reduce energy consumption. In addition to the scarce gas supplies, high energy prices have also led many households to save energy. Heating and hot water account for 79 percent of the energy consumed by European households, so this area offers particularly high energy savings, Tado notes. The company argues that the federal government must focus on decarbonising the building sector through its energy policy since high gas prices are expected to persist. “This is the only way to reduce energy bills and CO2 emissions in the long term,” it adds. “If the heating is turned down by 1°C, the heating energy consumption is reduced by around 6 percent.” While the sale of heat pumps has risen dramatically this year, a recent report found that Germany will have to employ different technologies and solutions to decarbonise the heating sector due to the large variety of energy systems and infrastructures across the country. 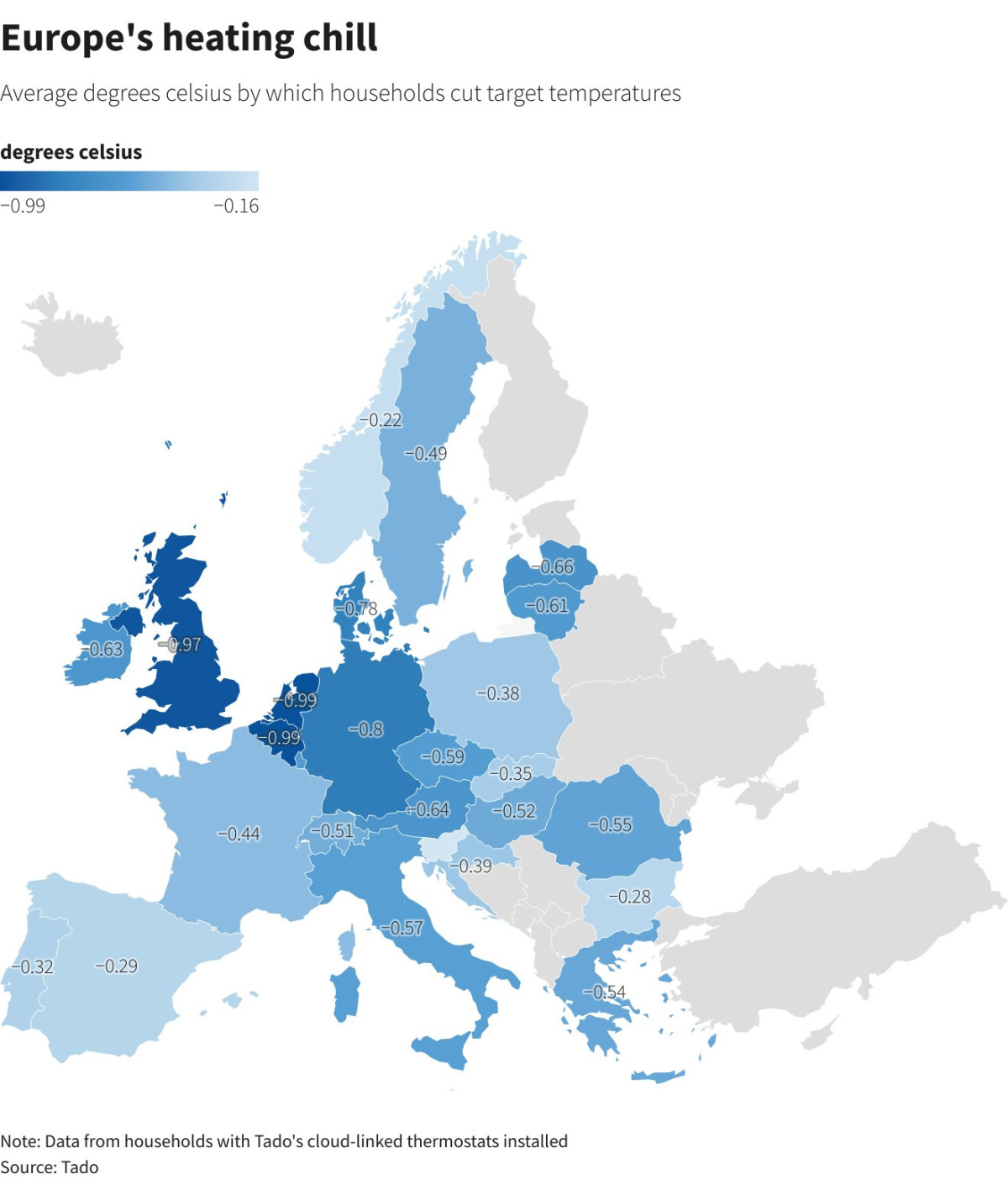