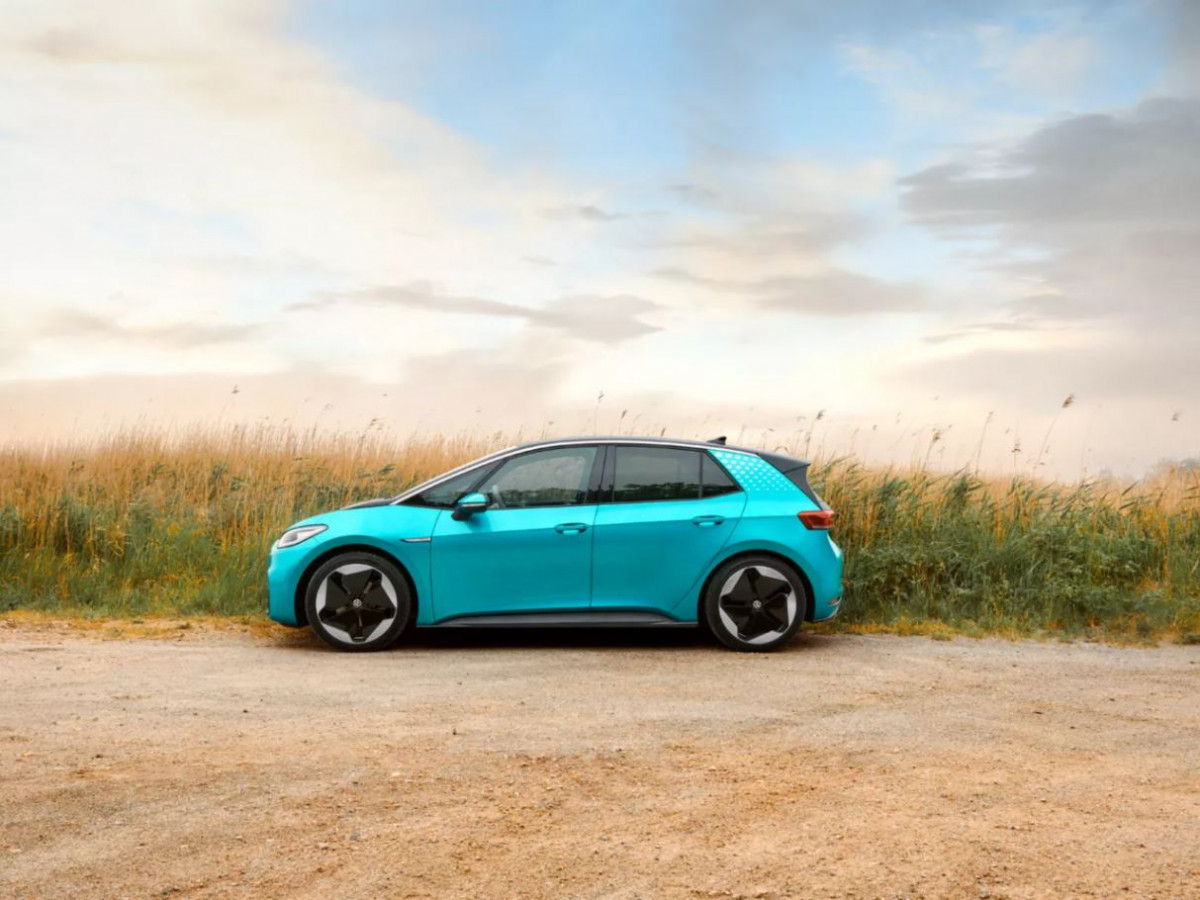 The batteries used in electric cars will quickly become more sustainable, and many concerns about their CO2 footprint are overblown, says Hans Eric Melin, founder and managing director of London-based consultancy Circular Energy Storage. The rapid scale-up of battery plants currently underway in Europe and elsewhere across the globe will make their production much more efficient, while the shift to renewables further reduces their "emissions backpack," according to Melin. Eventually, it should be possible to produce entirely climate-neutral batteries, he told Clean Energy Wire in this interview. 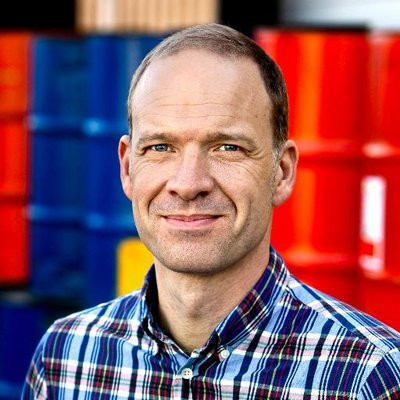 Clean Energy Wire: The shift to electric cars has triggered concerns about the emissions from making batteries. Do you expect rapid progress in making their energy-intensive production more environmentally friendly?

Hans Eric Melin: Yes, I think we will see rapid progress in the coming years. As regards emissions, there are two important elements – the total amount of energy we use to produce a battery and the energy source. Battery production is currently scaled up rapidly. We are moving from battery plants with a capacity of 4-10 gigawatt-hours (GWh) to maybe 40 and even 80 GWh. Producing many more batteries in each plant automatically results in a much higher efficiency. For example, heat is a very important factor in some stages of battery production, and larger plants use it more efficiently – they need much less heat per battery.

Secondly, it's obviously key how we generate the required energy. If a plant can source renewable energy, its batteries will carry a much smaller emissions backpack. The less fossil fuels we have in our society, the greener everything will become, including batteries. This also true for mining battery raw materials, which can also be electrified to reduce the use of fossil fuels. So, what we need to make batteries "greener" is more and more clean energy.

Last but not least, production innovations could bring down emissions substantially. Tesla has already described the possibility of sidestepping some very energy-intensive production stages, which would rapidly lower their batteries' emissions backpack.

But it's also important to remember that, compared to the emissions caused by combustion engines, battery production is not that bad, even if it stands out in comparison to other parts of electric cars. Overall, we're moving in the right direction, and this transition offers a unique chance to make huge progress on emissions reduction at every stage of vehicles' lifetime – from production to recycling.

The Tesla "gigafactory" currently under construction near Berlin. Image by Tesla

We currently see a massive rollout of battery production in Europe. Will European-made batteries be "greener" than the Asian ones?

Not necessarily. Essentially, all batteries will be greener in the future because of rising efficiency. That will happen regardless of whether the plant is in Germany, Poland, Sweden or China, because it's the same phenomenon everywhere. But there are big differences between plants when it comes to the type of energy they use. If you have to use the national electricity mix, Poland, Hungary or Germany are not necessarily better places to make low-emission batteries than Southern China. Sweden and Norway are better suited because their electricity is relatively clean. Battery plants mainly using hydropower or even nuclear power obviously cause much fewer emissions. But it really depends on the individual plant. I doubt that producers in Germany, Poland or Hungary just sit still and rely on the national energy mix, instead of trying to run production with renewables.

These factors also explain why we have to be sceptical when it comes to all those life-cycle analyses out there using outdated data to show that electric cars automatically come with a large emissions backpack. You essentially have to look at this on an individual basis – there are huge differences between plants in how they source and use their energy. 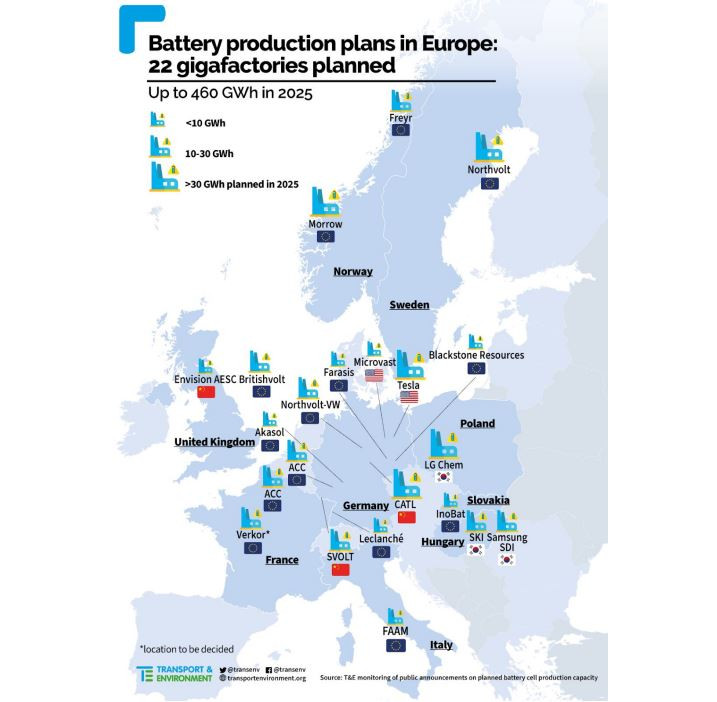 Many carmakers now plan to become climate-neutral. Do they put pressure on battery makers to reduce the emissions backpack? Do they already consider green batteries a competitive advantage?

This is already true to some extent. Many companies are now really serious about climate targets, and we have seen a few carmakers publish life-cycle assessments and so forth. But you don't see any advertising yet of carmakers claiming that "we have the greenest battery of all." It's not a unique selling point for an electric vehicle yet.

But this might change with new EU regulation, which will force battery manufacturers to disclose their CO2 impact. Then you will be able to compare different manufacturers, and this will spur a race. This will not necessarily be an advantage for European manufacturers, because obviously it's open to anyone to comply with those rules. But this regulation will only come into effect in about five years.

We also have to bear in mind that most carmakers – except for those that only sell electric vehicles – still make a lot of money with internal combustion engines. From a pure profitability standpoint, every additional day they can sell combustion engine vehicles is a good day.

This is why we need to avoid having endless discussions about the fact that we need to have more sustainable batteries. Of course, that's important, but it can also be a distraction from all the negative consequences of the combustion engine, which are much more severe. 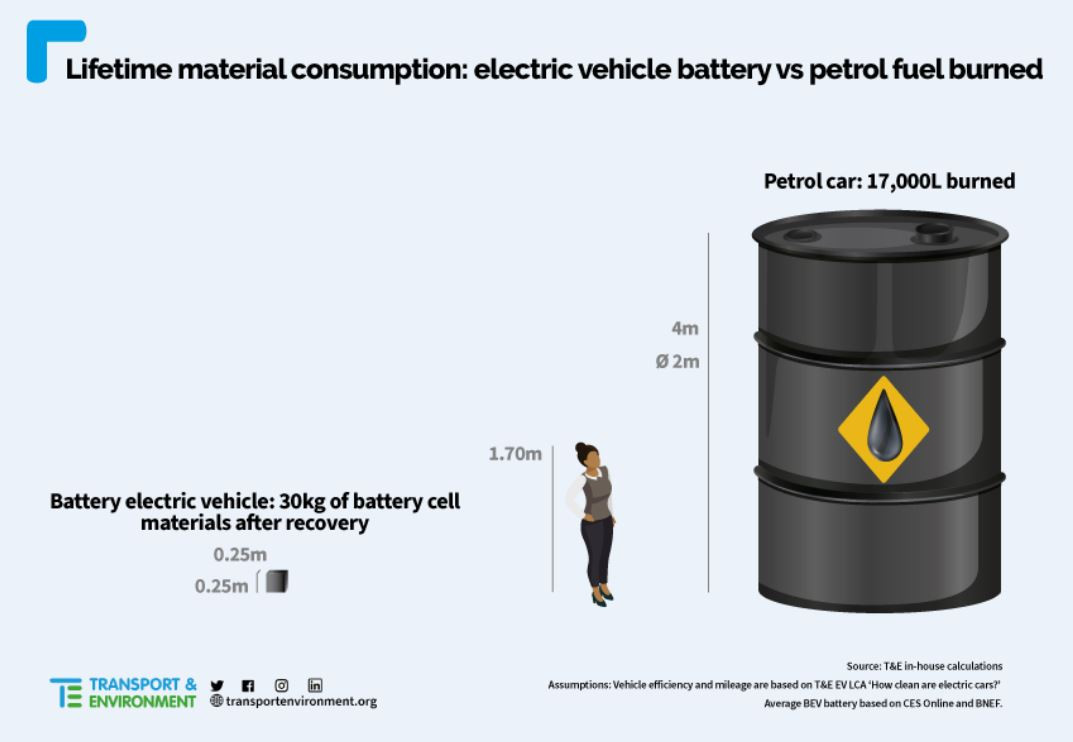 Several carmakers have plans for extremely long-lasting "million-mile batteries." Will they have a big impact on battery sustainability?

In theory, long-lasting batteries are a positive development, of course. However, many current life-cycle assessments only take a "cradle to gate" approach, and therefore don't even take into account the lifetime of the battery. In its new battery regulation, the EU proposes a "cradle to grave" perspective instead, where longevity will have an impact.

But  I doubt that this will have a strong effect simply because we don't drive that much. Usually, ten-year-old electric vehicles today rarely have more than 100,000 miles on the clock. So, in theory, cars would have to last 100 years to fully use the battery. It is, of course, different for buses, delivery vans, taxis and vehicles used for shared mobility, for which longevity will be more important, but bear in mind that the vehicles in the latter categories are often sold on before the batteries have degraded. Increased longevity will also further improve the case for vehicle-to-grid applications though. To take the battery out of old electric vehicles and just use them in new cars is unrealistic, because then you have a ten-year technology development in between, but surely we can use the batteries to replace or upgrade other batteries used in the same or earlier models.

Many batteries already outlive their car anyway. When the car reaches the end of its lifetime, the battery is usually salvaged and used in another application, because there is so much value in it. The car dismantler will sell the battery to someone who is able to capture that value, for example for stationary storage projects or conversion of internal combustion vehicles to EVs. If that use is accounted for in life-cycle assessments, it has a very positive impact.

How far can we reduce batteries' emissions backpack? Will we eventually have CO2-neutral batteries?

Yes, I think so. The first thing we should do now is to become as efficient as possible. It's like insulating your house, which is much more important than putting solar cells on the roof. Of course, if you install solar cells afterwards, it's even better. The same thing is true for the plants. First, they need to become much more efficient. And the more renewable energy we get into the system, the better they will get. When we finally come to the point of using renewable energy to produce what is needed to produce renewables and other low-emission technologies like batteries, we're pretty close to reaching climate neutral production.