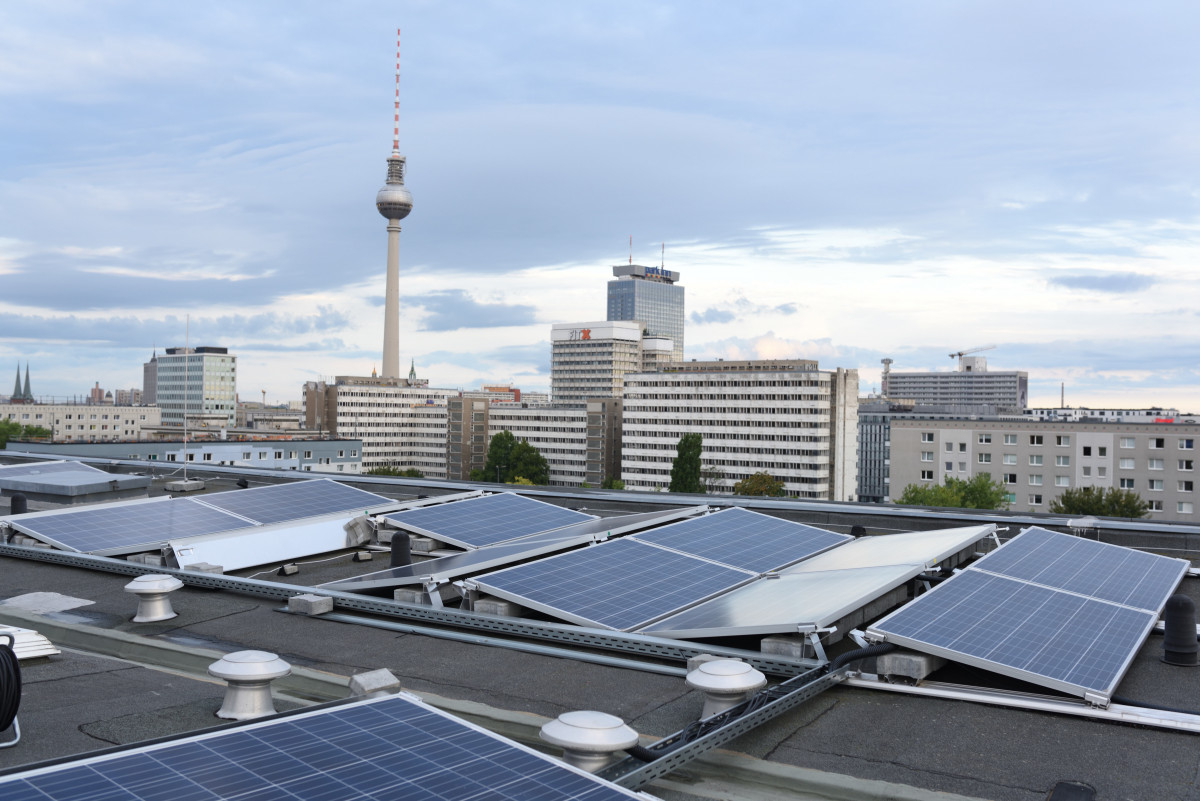 Berlin aims to slash carbon emissions by 60 percent by 2030 and become carbon-neutral by 2050. For a city growing at a rate of 50,000 inhabitants a year, that’s no mean feat. But Ramona Pop, Berlin’s Senator (minister) for Economy, Energy and Enterprises and a member of the Green Party, says the interconnectedness of the Berliners' lives with the energy system and the capital’s wealth of cutting-edge energy technology mean it can reach its goals and advance the climate protection agenda of Germany as a whole. 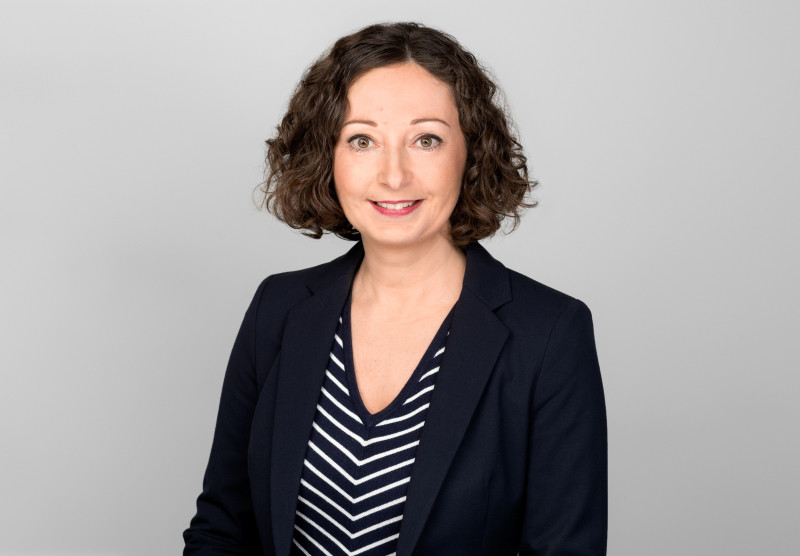 Clean Energy Wire: Achieving Berlin's climate goals will require a major transition for the capital. What changes are afoot? And what is at the top of your Energiewende to-do list?

Ramona Pop: With the Berlin Energy and Climate Protection Programme (BEK), we have laid the cornerstone for a climate-neutral city, across all departments. The state of Berlin is moving towards its goals and showing the national government, which has practically given up on its ambitions in this area, that climate policy is one of the most important tasks of our time. We are doing this through Federal Council (Bundesrat) initiatives among other things.

With the state-owned Stadtwerke, we are advancing Berlin’s energy transition. Berliners can finally buy local, green electricity. We have thus created a modern energy service provider for the city, which is also a major player in the energy retrofitting of public buildings.

Implementing the energy transition in Berlin offers enormous opportunities to future-proof the city. The Energiewende has great potential in a metropolis like Berlin, where living, working and mobility are closely linked, and large and small companies with technical expertise, competence and creativity are making technical advancements. We want to make Berlin a stronger energy producer. In terms of area, Berlin was the leader in the expansion of photovoltaics in 2017. But Berlin's roofs still offer space for more photovoltaic systems.

The Senate Department for Economics, Energy and Public Enterprises is currently working on several projects on this theme. At the moment, I can report that with the support of my department, the German Society for Solar Energy (DGS) is creating a consulting centre for solar energy in Berlin. In this way, we want to accelerate solar energy expansion in the capital.

Energy use in the city of Berlin

Towns and cities central to heating and transport transition

Together with players from the Berlin Energiewende, my department is working on the Solar City Masterplan, setting out concrete measures for the successful expansion of solar energy to achieve the ambitious goals of the BEK.

What are the main challenges for Berlin as a metropolis heading for climate neutrality, compared to other federal states? What do you consider stand-out examples?

Consistent climate protection is a prerequisite of the future viability of our society. And here the big cities and metropolises play a special role. Even today, the majority of global CO2 emissions are produced by cities. The population of Berlin is growing by around 50,000 inhabitants each year, or the size of a small town. But urban areas like Berlin do not just reflect the challenges of the future. They are also spaces of flexibility and opportunities.

In cities, day-to-day life, business, industry, and passenger and goods transport converge. The consumption and mobility patterns of urban businesses and residents will offer the flexibility we need to make efficient use of fluctuating energy from renewable sources. And this is a prerequisite of the success of the energy transition. The measures proposed in the BEK are intended to gradually decouple urban growth from the growth of local emissions, for example through changes in the transport system and people's behaviour, through the modernisation of buildings and heating systems, changes in consumption, and so on. Berlin's CO2 emissions are falling, even as the economy and population grow.

Cities have a big responsibility to do more to tackle the climate crisis. There are numerous statutory regulations at the federal level that hinder a faster and stronger expansion of solar power systems in the city. We have therefore introduced a federal (Bundesrat) initiative to promote the energy transition in cities. Our goal is to create more solar power on the rooftops, better conditions for tenant electricity and smarter use of combined heat and power. The federal government has decided — by a large majority — to remove unnecessary restrictions. It now needs to take these measures into account in its energy transition law. This will enable real solar-powered change to happen in cities.

You have been a Berlin senator for two years. Is it hard to convince the rest of the Senate how important carbon-neutral thinking is for the city?

The energy transition and climate protection are key projects for the coalition. The state of Berlin will work concertedly to realise its ambitious goal of being carbon neutral by 2050.

Are there enough personnel in the Berlin districts who are familiar with energy transition issues? What has moved faster or slower than planned?

In the districts, there are both energy and climate protection officers who also regularly coordinate with each other and with the Senate within a working group. But of course, the very diverse requirements that emerge as Berlin grows pose a challenge for the districts, especially in the implementation of energy and climate protection measures. Therefore, the Senate supports districts with data and information, for example, in preparing for the energy and CO2 balance sheets required by the Energy Transition Act. In addition, there is a need to optimise a concept to improve energy efficiency of buildings at district level. To this end, the BEK is establishing a service centre for district energy refitting through the Senate Department for Environment, Transport and Climate Protection and district management to oversee its implementation.

What is the status of your plan to boost solar power in Berlin? Where do you see the greatest potential for using photovoltaic energy in the capital?

The Solar City Masterplan, part of the BEK, includes a package of measures that will be implemented through a range of individual projects. This has competent support: We commissioned the Agency for Dialogue and Citizen Participation (zebralog) to draw up the masterplan as part of a broad participatory process. We are supported by the Fraunhofer Institute for Solar Energy Systems in Freiburg — the largest solar research centre in Europe. In a broad-based discussion with a circle of selected experts, we discuss short-, medium- and long-term goals and actionable measures.

Berlin has a key resource in its roofs and facades. The city has about 325,000 residential buildings and a variety of other buildings for industry and commerce. Residential buildings account for around 60 percent of the roof surface suitable for photovoltaic panels. However, most of these buildings are not inhabited or used by their owners. The home ownership rate in the "tenant city" of Berlin is 20 percent, significantly lower than in the city states of Hamburg and Bremen. One challenge here is to look beyond self-sufficiency models, finding ways to technically realise existing potential. Trade and industry represent some 23 percent of suitable roof areas and often also have buildings suitable for larger plants.

It is now essential that the opportunities offered by these rooftop areas are communicated through target-group-specific advice and corresponding offers. Of course, the regulatory framework is also essential. Current steps taken by the German government are counterproductive and show that it has not yet recognised cities’ potential in the energy transition. With the Solar City Masterplan, we are driving forward the solar revolution in Berlin, while also boosting awareness at the federal level. 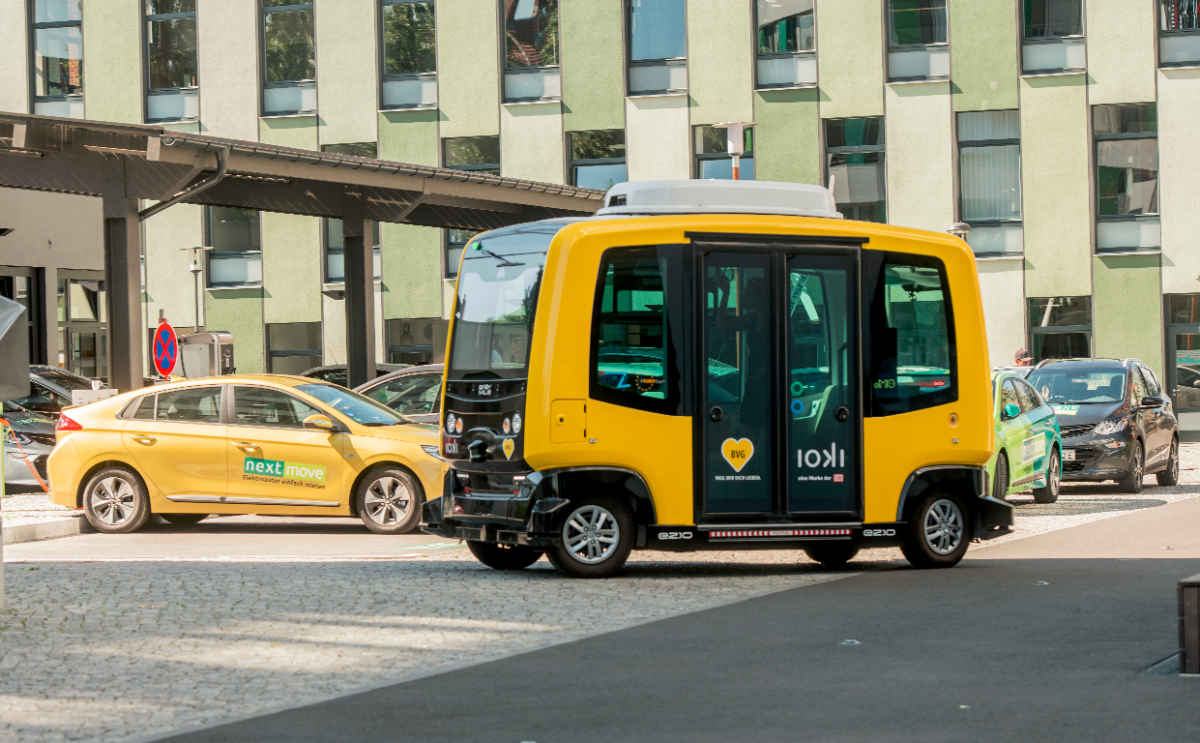 How do you intend to make Berlin buildings more climate-friendly? What plans do you have to retrofit public-sector housing and offices, at least?

The building sector is responsible for almost half Berlin's annual CO2 emissions. At the same time, the city is characterised by its listed and notable buildings, as well as its high proportion of rental properties. That is one reason the BEK has earmarked building and urban development as one of its four main areas for action. Above all, the success of energy-efficiency upgrading of the building stock depends not only on how quickly and extensively buildings are retrofitted, but also on updating energy infrastructure and the range of energy sources on offer. The aim is to swiftly convert the system and fuel mix to renewable energies. At the same time, we seek to significantly increase the system’s efficiency in supplying electricity and, especially, heat. With the Senate's planned subsidy program for boiler replacement, we are already taking an important first step.

In addition, we are well aware of how the public-sector and social housing serves as a role model for building and renovation. There is also a measure on this in the BEK. The aim is for new and existing public buildings to be developed beyond the existing requirements. Here, we have already taken a concrete step forward. In 2017, a study for the Energy Industry Office of the state of Berlin estimated the potential supply from decentralised generation plants for the city’s public properties. Its findings serve as the basis for research, by the Stadtwerk among others, into its technical and economic viability, as well as to implement the changes in cooperation with respective public authorities.

Both the Energiewende and climate protection offer significant growth potential for the city.

What economic potential do you see in Berlin’s energy transition? Which industries and companies do you think will be on the frontline?

Both the Energiewende and climate protection offer significant growth potential for the city, through boosting flexibility, sector coupling and digitalisation.

The central challenge for Berlin’s economy is enabling growth for companies, thereby anchoring the issues of energy efficiency and climate protection more broadly. The capital is already among the most dynamic locations in Germany for energy technology: Around 59,000 employees generate annual sales of 28 billion euros in more than 6,500 companies, and the trend is rising. As a result, energy technology continues to be a significant growth driver and will remain so in the context of the energy transition.

It is difficult to pick out just one industry or one company here. But digitalisation in particular opens up completely new perspectives for sustainability, ecological progress and growth. The systemic integration of renewable energy is impossible without digitisation. As a steering instrument for a sustainable, decentrally structured, cross-sectoral, secure energy system, it is a prerequisite of the Energiewende’s success. A stronger focus on energy and climate protection topics gives Berlin’s economic players both room for manoeuvre and significant growth potential.