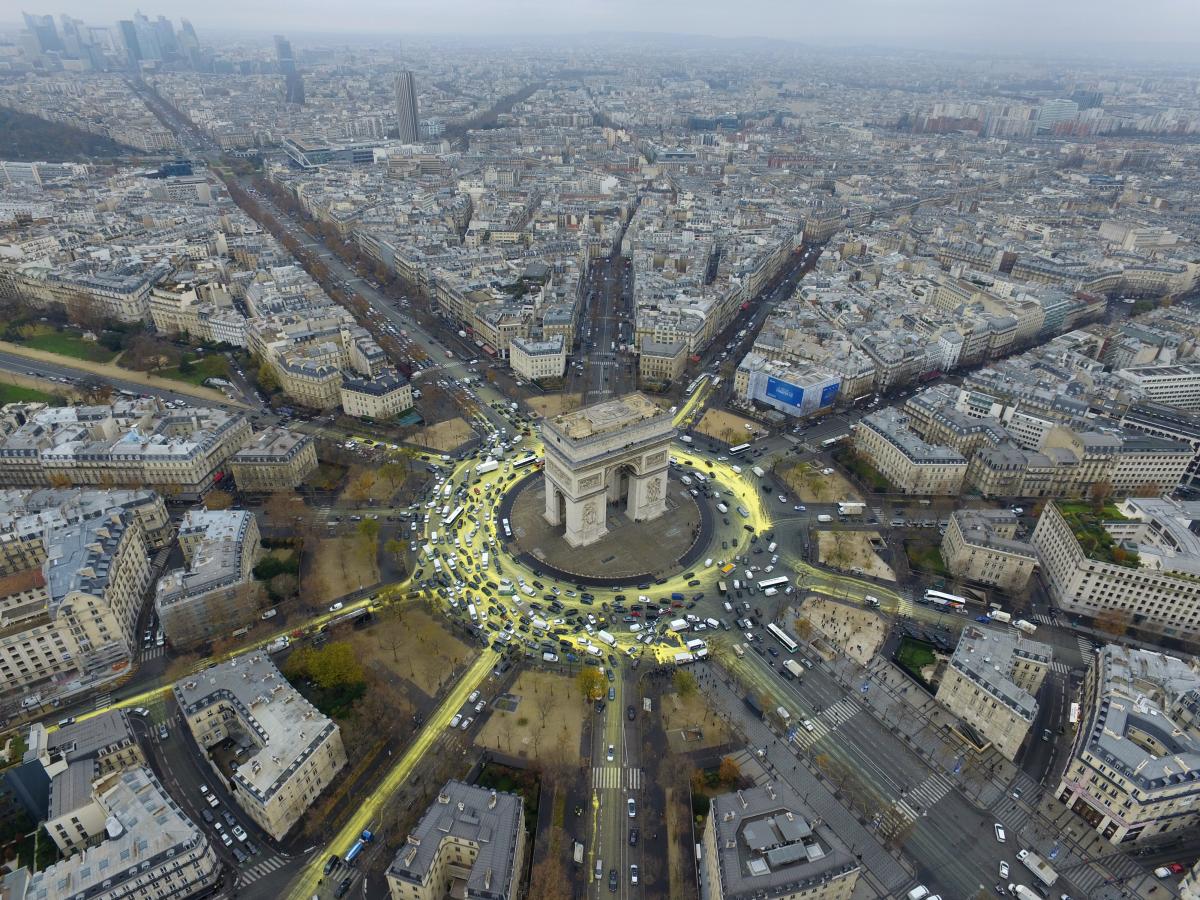 The nations of the world approved a new climate change agreement that calls on all 196 parties to participate in limiting global warming to “well below 2°C”. The Paris outcome is a mixture of legally binding and optional rules that obliges all countries to provide climate action plans that get ever more ambitious over time but doesn’t force any nation to comply with them or to actually reduce emissions by a certain amount. From Chancellor Angela Merkel and UN Secretary-General Ban Ki-moon to climate activists and civil society organisations, the deal drew wide praise as an "historic" achievement of the global community.

German delegation complements the deal – and itself (21:00)

“Paris will forever be connected to this historic watershed in global climate policy,” Chancellor Angela Merkel said. For the first time the whole world community had pledged itself to act together in the fight against global climate change. This was a sign of hope, even though there was much work ahead, she said.

“We have set a milestone”, Germany’s environment minister Barbara Hendricks said at the German pavilion at the COP after the Paris Agreement was adopted in the plenary. The agreement delivered more than the German delegation had hoped for, Hendricks said, naming the reference to the 1.5°C limit and the ambition mechanism that will require all countries to submit national emission reduction targets every five years as two major markers for success.

“Decarbonisation” – a long time German favourite – has not made it into the text. But Hendricks said that the new wording was exactly what the Germans had come to Paris for, i.e. a different way of saying “climate neutrality” which should be achieved in the second half of the century. According to the government’s interpretation of the text, Article 4.1 now prescribed the reduction to net zero of all anthropogenic greenhouse gases by the end of the century. Emissions “removals by sinks” was referring to natural sinks like forests and moorlands, but didn’t include geo-engineering or CCS, since those would be anthropogenic sinks, something that the text specifically didn’t state, the minister explained.

“The world has to say good bye to coal, oil and gas in the coming decades,” Hendricks concluded. The new agreement would also give investors a clear signal, she said.

The German delegation had had a fair share in the success of Paris and had been perceived as an honest partner with good ideas throughout the process, Hendricks said. The next step in Germany to pursue the path described by the Paris outcome, is the adoption of a climate action plan 2050 which will be passed by the government cabinet in summer 2016.

For a brief analysis on whether the new draft includes the points that the German government has pushed for, see here.

At 19:25 CET the nations of the world approved a new climate change agreement that calls on all 196 parties to participate in limiting global warming to “well below 2°C”. The delegates and observers broke out in cheers as French foreign minister Laurent Fabius declared the heatedly-debated agreement "adopted by consensus".

"I am usually careful with big words. But today we have made history together," said Germany's environment minister Barbara Hendricks. It was the first ever climate treaty that was applicable to all states and all states could now start building their national climate policy based on the Paris Agreement. "But Paris is not the end, it's the beginning of a long way that the world community has agreed on," she said.

When the French presidency put out a final draft for a global climate agreement, it urged the 195 countries in passionate pleas to approve the deal. Climate activists applauded the text in general and stressed the need to follow-through with quick actions on all levels.

“The 12 of December 2015 can become a message of life,” said French president Francois Hollande, who joined the plenary meeting at the climate summit in Paris together with UN Secretary-General Ban Ki-moon. An agreement would be “a big leap for mankind”, Hollande said.

Speaking in his role for the French COP21 presidency, foreign minister Laurent Fabius outlined key elements of the final draft.

The text included the objective to keep global warming well below 2°C and the call to endeavour to limit it to 1.5°C, Fabius said. The universal agreement would make the reduction of greenhouse gases “the business of all”. National climate action plans had to be updated every 5 years and made more ambitious each time. The issue of loss and damaged was recognised, he said. The text was differentiated, fair, durable, dynamic and legally binding. "Our text, is the best possible balance, powerful yet delicate, which will enable each delegation to go back home with their heads held heigh and having achieved something important," Fabius said.

“If adopted this text will mark a historic turning point,” Fabius said. A failure would hurt people’s trust in the ability of their leaders to tackle global problems together. “We are citizens of the world. Our children would not understand us nor would they forgive us,” he said.

Germany's environment minister Hendricks told German media she was convinced the draft text would be the final outcome in Paris. All countries were able to identify themselves with the principles set out in the new text, she said.

First reactions to the agreement in German civil society

German non-governmental organisations joined in a chorus of generally positive first assessments of the deal and reminded the government of its national obligations.

Regine Günther, General Director Policy and Climate at WWF Germany: “COP21 has passed the stress-test”. Negotiators had delivered a master piece in climate diplomacy and had put up a framework which holds all states together responsible to the same transparent targets and rules to fight climate change, she said. The bitter pill was however, that the agreement didn’t include any reference to the emissions from the aviation and shipping sectors.

“This agreement would mark a true turning point in the global effort to address climate change," said Jennifer Morgan from the World Ressources Institute. "It accelerates the energy transformation that is well underway, pointing us to a safer and stronger future.”

Germanwatch policy director Christoph Bals urged the German government to present a plan for a coal phase-out. "The Paris outcome requires developed countries to come back next year with a credible plan for reaching their 2020 targets - that just is not going to be possible without a coal phase-out," he said.

The inclusion of the loss and damage issue in the agreement was an important step, said Sabine Minniger, climate expert at German charity Brot für die Welt. "It is a basis for an international cooperation to mitigate the damages from climate change that have already happened," she said.

In order to achieve the long-term target of keeping temperature “well below 2°C”, global greenhouse gas emissions will have to “peak as soon as possible” and “a balance between anthropogenic emissions by sources and removals by sinks” will have to be reached in the second half of this century, Article 4.1 in the final draft reads. Hans Joachim Schellnhuber, Director of the Potsdam Institute for Climate Impact Research, said that if agreed and implemented this means bringing down greenhouse gas emissions to net zero within a few decades. “To stabilise the climate, CO2 emissions have to peak well before 2030 and should be eliminated as soon as possible after 2050,” he said.

Jan Kowalzig, climate finance expert at Oxfam Germany said that the financial support to poor countries in the text was a bitter disappointment. Industrial countries did not have concrete obligations to increase financial flows to poor countries for the adaption to climate change, he criticised.

The Paris Agreement was a diplomatic success but its details weren’t very substantial and would not lead to a global reduction in greenhouse gas emissions, the German Chemicals Industry Association (VCI) commented. Utz Tillmann, VCI chief executive, said that the agreement cemented the fact that the world was going at different speeds when it came to climate action. The EU was still having the most ambitious climate targets while the rest of the world was only doing what was economically sensible. “This agreement does not provide the basis for Germany and the EU to intensify their targets and measures for climate protection even more.”