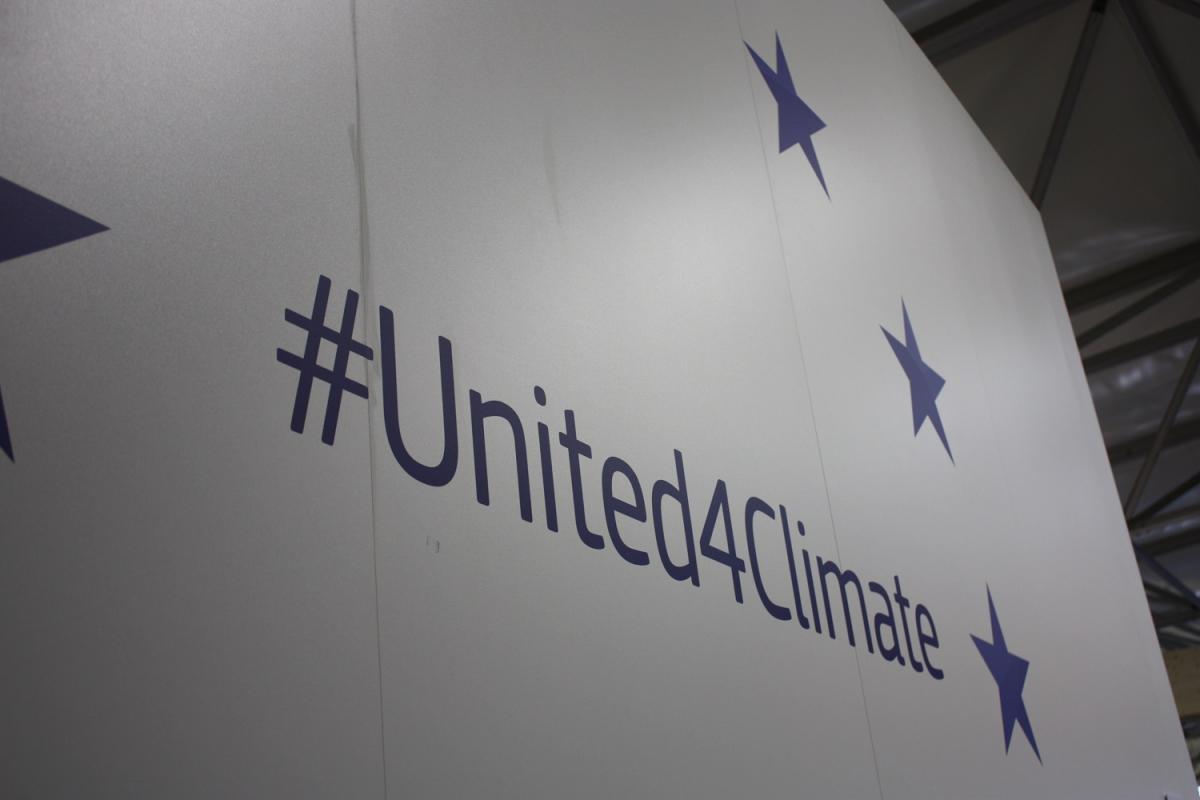 The EU and its member states want to ratify the Doha Amendment to the Kyoto Protocol by the end of 2017 at the latest. Source - CLEW 2017.
Germany ratifies Doha without joint EU move / “If the talks continue this way, we will reach our negotiation targets” – German negotiator / UK and Canada march ahead on coal exit, NGOs criticise Germany / “Move away from fossils if you want support for UN Security Council membership”, Tuvalu PM tells Germany

Germany has ratified the Doha Amendment to the Kyoto Protocol, which – when it enters into force – would extend the 1997 climate accord’s targets until 2020. Germany’s ratification has long been ready for submission, but the European Union has so far strived for unanimous backing from all member states. “We would have liked for the EU to jointly ratify Doha sooner,” said Jochen Flasbarth. Germany had signed the ratification documents more than a year ago and since made efforts to reach an agreement among EU member states. Poland has held up progress on the issue. In October 2015, Poland’s president unexpectedly vetoed the amendment, arguing that the country needed more time to analyse its impact on the economy.

But Poland might soon ratify. “I am pleased to announce that the European Union and its member states intend to deposit the ratification instruments latest by the end of this year,” said environment minister Siim Kiisler of Estonia – which currently holds the presidency of the Council of the EU – during a speech in Bonn today.

A spokesperson of the Polish government told news agency Reuters that it aimed to ratify this year, adding that the ratification still needed to go through the regular legislative process, which involved approval by parliament and the president.

While Germany’s ratification was an “important symbolic act”, the EU had already made sure that its 2020 climate targets would be reached, said environment minister Barbara Hendricks.

Germany’s chief UNFCCC negotiator Karsten Sach told the Clean Energy Wire that "from a legal standpoint, the internal difference of the EU ratifying the Kyoto 2nd amendment might be limited, as it is fully implemented into European law since 2012. But from an international viewpoint it is most important that the EU also enshrines its commitment under international law."

Belgium, Sweden and Spain also handed in their ratification documents, according to UN Secretary General António Guterres. To date, 88 parties have accepted the amendment. To enter Doha into force requires 144 of the 192 parties to the Kyoto Protocol.

“If the talks continue this way, we will reach our negotiation targets” – German negotiator

The German delegation said that negotiations are on a good path for successful conclusion on Friday. First agreements on pre-2020 ambitions, loss and damage, the recognition of indigenous peoples’ rights and a gender action plan were important achievements ahead of the last sessions.

“If the talks continue this way, we will reach our negotiation targets,” negotiator Sach told the Clean Energy Wire.

State secretary in the environment ministry Jochen Flasbarth said that there was actual text on the parties’ positions regarding all issues. “It was certainly not clear beforehand that we would succeed in this,” he said. He added that the US delegation continued to show no signs of being obstructive.

Canada, together with the United Kingdom, launched a global alliance to phase out coal electricity – just a day after German Chancellor Angela Merkel disappointed hopes for a strong statement on Germany’s climate goals and the future of coal with her speech before delegates at COP23.

The “Powering Past Coal Alliance” aims to “lead the rest of the world in committing to an end to unabated coal power”, said the British government. Members of the alliance – including countries, states and organisations – would for instance set phase out targets, or commit to no further investments in coal-fired power in their jurisdiction or abroad. The partners would also agree to make it a “just transition for workers and communities”.

Germany was also asked to join the alliance, environment minister Barbara Hendricks said. "I asked for their understanding that we have to let the next government make this decision."

“The Powering Past Coal Alliance will signal to the world that the time of coal has passed,” said Claire Perry, the UK’s climate change and industry minister. Catherine McKenna, Canada’s environment minister, said that coal was “literally choking our cities”, resulting in almost a million deaths from its pollution. “I’m thrilled to see so much global momentum for the transition to clean energy – and this is only the beginning.”

German NGOs welcomed the new initiative and called on the next German government to introduce a coal exit. “The global farewell to coal has started, and Germany is set to miss the boat,” said Christoph Bals, of Germanwatch. The next federal government will have to “present a clear plan for a socially just exit from coal that is in line with the climate targets” if Germany wanted to be a leader in international climate protection, said Bals.

The Prime Minister of the Pacific island state of Tuvalu, Enele Sosene Sopoaga, has called on Germany and other coal producing states “to leave the coal in the ground where it belongs”. Speaking at a side event of the COP23 climate conference in Bonn, the prime minister said this was the only way of saving Tuvalu and the other small island states from life-threatening sea level rise.

Sopoaga added that his country would support other countries applying for a seat on the UN Security Council only if they had a clear policy of phasing out coal mining. This approach would also “absolutely apply to the case of Germany”. In 2016, Germany officially declared that it would seek a non-permanent seat on the Security Council in 2019-2020.

The vote at the UN General Assembly will take place in mid-2018, and candidate countries need the support of two-thirds of the 193 UN member states to be elected. At the UN General Assembly, the small island states hold significant voting power. Representing one per cent of the world’s population, members of the Association of Small Island States (AOSIS) account for 19 per cent of the members of the United Nations.