Dossier
17 Nov 2017, 00:00
Sören AmelangKerstine AppunnBenjamin WehrmannJulian Wettengel
Hammering out the details of the Paris Agreement in the home of the Energiewende

Climate & CO2 COP23
From 6 to 17 November 2017 the UN climate summit (COP23) was held in Bonn. Around 25,000 delegates, observers and journalists descended on the German city, where the government played technical host to the largest international conference ever held in the country. While the Fiji presidency of the COP highlighted the plight of those countries most vulnerable to climate change, negotiators were busy ironing out the finer points of the Paris rulebook – the guidelines implementing the agreement to keep global warming well below 2°C. Host country Germany was confronted with uncomfortable questions about its climate and coal-burning record, but also showcased its renewable energy success stories. This dossier collates CLEW's interviews, stories and factsheets around the COP.
More facts & background
Find an interviewee

Not far from Germany's largest brown coal mine, the United Nations’ 23rd COP climate summit 2017 took place in Bonn. While implementing the Paris Agreement took centre stage under the presidency of Fiji, the host country Germany was faced with uncomfortable questions about its climate and coal-burning record, but also showcased its renewable energy success stories. Read the article here.

Find research tips on Germany's industrial history and coal use as well as examples where to see the energy transition near Bonn at work in this factsheet.

The Bonn climate summit of 2017, a short way from Germany’s largest coal mining district, has been closed. But the COP will reconvene this year, 1,050 kilometres away from Bonn in Katowice, another traditional coal mining area located in Upper Silesia, Poland. Altough Poland and Germany have a high use of coal power in common, their approaches to finding climate friendly solutions often differ. Will the Polish presidency put its weight behind an ambitious Paris rulebook or will the host try to safeguard its ailing coal industry? 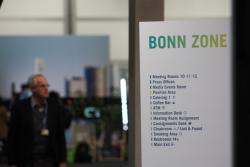 CLEW's daily summary of COP23 negotiations, and news and views from the German delegation are listed here. 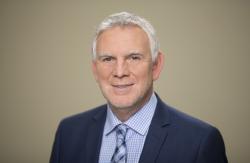 "Bonn talks will be about the heart of the Paris Agreement" 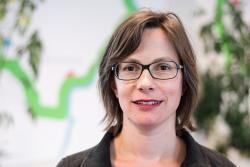 "The outgoing government could well act more boldly in Bonn" 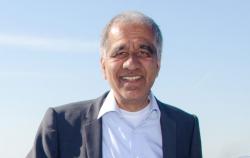 "We must use Bonn to push the national climate debate" 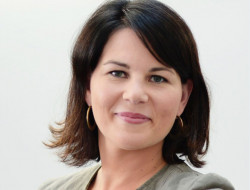 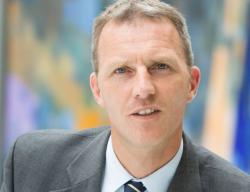 "Germany can achieve most for the climate by exporting its technology"

says Carsten Rolle, head of the energy and climate policy department at the Federation of German Industries (BDI). Read the interview here.

COP23 takes place near the epicentre of Germany’s industrialisation: The region is responsible for almost one percent of global CO2 emissions, and is strongly affected by the country’s shift to renewables. This factsheet lists some suggestions for journalists interested in gaining first-hand experience of Germany’s Energiewende.

This factsheet gives an overview of Germany’s greenhouse gas emissions and the country's self-imposed CO2-reduction targets - read it here.

This factsheet provides a range of charts (and data links) about the status of Germany’s energy mix, as well as developments in energy and power production and usage since 1990.

This factsheet gives background information on the hard coal and lignite industry in Germany.

Germany is one of six nations that have presented a long-term strategy for becoming largely CO2-neutral by the middle of the century. Find a factsheet on the Climate Action Plan 2050 here.

Angela Merkel's long-standing engagement for emissions cuts has brought Germany's leader the nickname "The Climate Chancellor". Many now wonder if she can live up to this reputation - read the factsheet here.