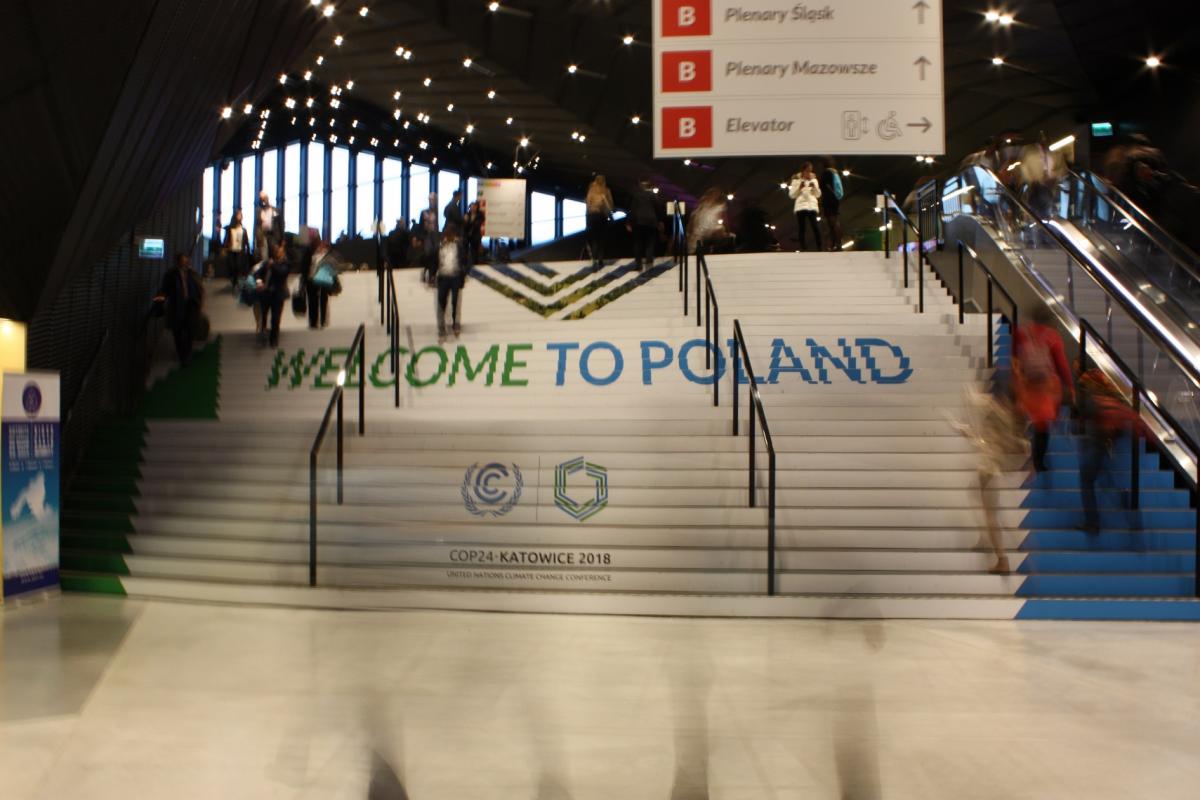 NGO Greenpeace has criticised how this year’s host and president of the UN climate change conference Poland is running negotiations. “There is absolutely no excuse for divisions not to be bridged here in Katowice,” said executive director Jennifer Morgan. Photo: CLEW/Wettengel 2018.

Germany is under scrutiny at the UN climate summit COP24 in Poland: the country will fail its 2020 climate target and only the next year will show if a push to phase-out coal-fired power production will result in an end date for the CO2 intensive fuel. But at the same time, the German negotiating team from the environment ministry is known to be a constructive and ambitious force in the climate talks which this year are to produce a set of rules on how to implement the Paris Agreement. CLEW tracks the latest views and comments from German officials, NGOs and other relevant news bits at the conference in Katowice in a daily blog.

The government’s decision to have a multi-stakeholder group – the country’s coal exit commission – propose a path to exit the fossil fuel while creating alternatives for workers in affected regions is Germany’s interpretation of a ‘just transition’, German environment minister Svenja Schulze said in a speech before delegates in Katowice.

Climate action and the exit from coal-fired power generation can only be successful if it takes the concerns of employees and affected regions seriously, she said. “Almost half of our CO₂ emissions come from the energy industry. That is the climate perspective. But the social dimension is also important. This is not an excuse for delaying action,” said Schulze.

Becoming more ambitious in climate action is hard for any country, and Germany is no exception, said Schulze. “We are experiencing how challenging the transformation to a climate-friendly society is for a highly industrialised country,” she added.

The international community was “closely monitoring, whether Germany succeeds with the Energiewende” and whether it does so without structural economic breaks. To make its energy transition a success, Germany will make its climate targets legally binding with a climate action law next year, said Schulze. In addition, her government will present a programme of measures for all sectors on how to reach 2030 goals.

Schulze announced that her government will pay an additional 70 million euros into the Adaptation Fund which helps population groups and regions particularly affected by climate change to better prepare themselves for climate impacts. Combined with an earlier announcement to double the country’s contribution to the Green Climate Fund (GCF), “we are strengthening our alliance with developing countries and show that investments pay off,” said Schulze.

But Ann-Kathrin Schneider, climate expert from Friends of the Earth Germany (BUND) wasn’t impressed. “We welcome the financial commitments, but Katowice is not just about money," she said. "The renewed financial commitments are more like a gesture of embarrassment to divert attention from the German government's hesitation when it comes to phasing out coal. Other governments expect Germany to phase out coal. With the announcement of a climate protection law, the minister cannot impress anyone here."

Lukas Köhler, MP from opposition party FDP in the federal parliament said minister Schulze’s statement showed the government’s “lack of ambition and drive in climate action”. “Not a word about the new technologies we need for climate protection. And market mechanisms such as emissions trading extended to all sectors, through which we can safely achieve our climate targets, do not seem to play a role for the environment minister either.”

Environment minister Svenja Schulze has announced that Germany will pay an additional 70 million euros into the climate change adaptation fund. With so far 240 million euros, Germany is already the fund’s biggest donor, said her ministry in a press release.

“Our support for the Adaptation Fund is a sign of solidarity,” said Schulze. The people who suffer most from climate change are those who have contributed the least [to global warming], she said. “The Fund enjoys a high reputation in the climate negotiations because it is tailored to the needs of the particularly affected developing countries."

The fund supports people and regions who suffer most from the effects of climate change to better adapt, for example by financing early warning systems for floods, or measures to ensure water supply. Germany had already kicked off last year’s climate conference in Bonn by pledging additional funds for adaptation efforts.

Will it be Bonn again?

The German delegation says „no”. “We have told the UNFCCC that Germany will not be available to host an event the size of last year’s COP23 in Bonn,” environment state secretary Jochen Flasbarth said. It was costly and not very gratifying to get an event like this off the ground on short notice of just a year, he added. But there was interest in presiding over the 2019 COP from several states in South-America or the Caribbean.

Another source told CLEW that Canada would be prepared to host COP25 on behalf of a Latin American or Caribbean country if they weren’t able to stem the technical and financial side of the conference themselves. 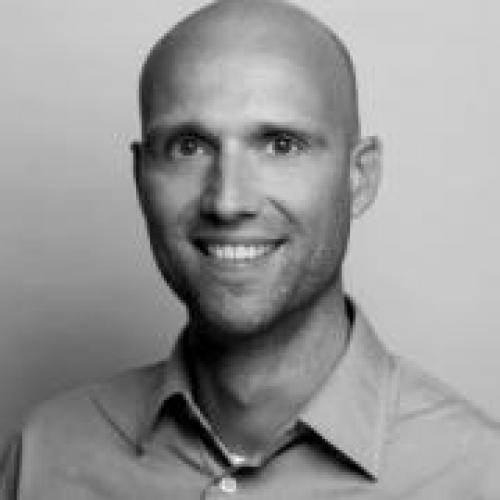 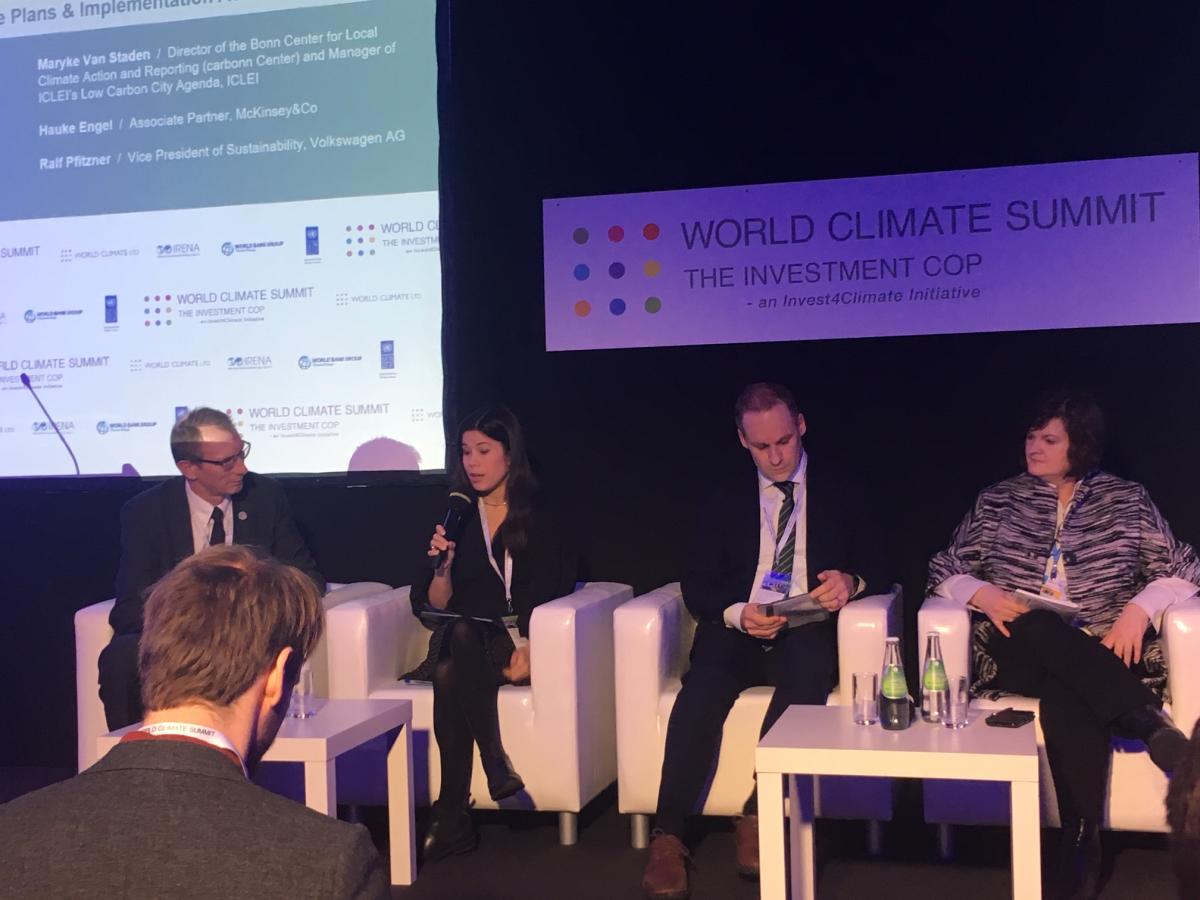 Don’t be afraid to implement necessary changes: Policymakers should take action to make their societies more climate-friendly without delaying them for fear of a public backlash, the vice-mayor for environment and transport of Oslo, Lan Marie Nguyen Berg said at the World Climate Summit side event at the COP24. "Actually, make the change, don't delay it, people get nervous. When you do it, people adapt quickly,” she said when asked what others could learn from the Norwegian’s capital plan to become near carbon neutral by 2030.

Nguyen Berg’s answer to a question referring to the protests in France contrasts with warnings from politicians and energy transition experts in recent weeks, including German ministers, who have repeatedly pointed to the so-called yellow vests as a reminder that a just transition was key for success.

In an earlier panel, Gilles Vermot Desroches, the Chief Sustainability Officer for French company Schneider Electric had stressed this point. “We can realise the vision of net-zero by 2050,” he said, adding that the technologies were already there. But companies and politicians had to talk to citizens about the changes. “Without people on board we are against the people as we found out in France,” he said.

Today is the day of the Talanoa Dialogue. This feature, running parallel to formal negotiations, is a test-run for a global stocktake of countries’ achievements in climate action and envisaged to give a boost to additional ambition in future NDCs (nationally determined contributions) to climate change mitigation. The main reason for the dialogue and for the future process of global stocktakes and the rule that countries must increase ambition in following NDCs, is that combined efforts in the current NDCs are not enough to keep global temperature below 2°C, let alone 1.5°C.

As the official dialogue meeting was getting underway in Kattowice, Germany’s Federal Environment Agency (UBA) published a report written by researchers from Fraunhofer ISI, pointing out that key mitigation technologies, such as power generation from renewables and lithium batteries would become substantially cheaper by 2025/2030. Hence, governments were actually in the position to strengthen their NDCs by 2020. “In this new situation, the same investments that were foreseen for the NDCs, now lead to higher outcomes and allow for higher targets,” the report says. For each gigawatt (GW) of renewable capacity, the same amount of investment could lead to an increased capacity expansion of up to 1.9 GW they calculated.

Germany’s COP24 delegation head, state secretary Jochen Flasbarth said, that he was expecting a joint report on the outcome of the Talanoa Dialogue and hoped that this report would find its way into the final COP decision at the end of the conference. 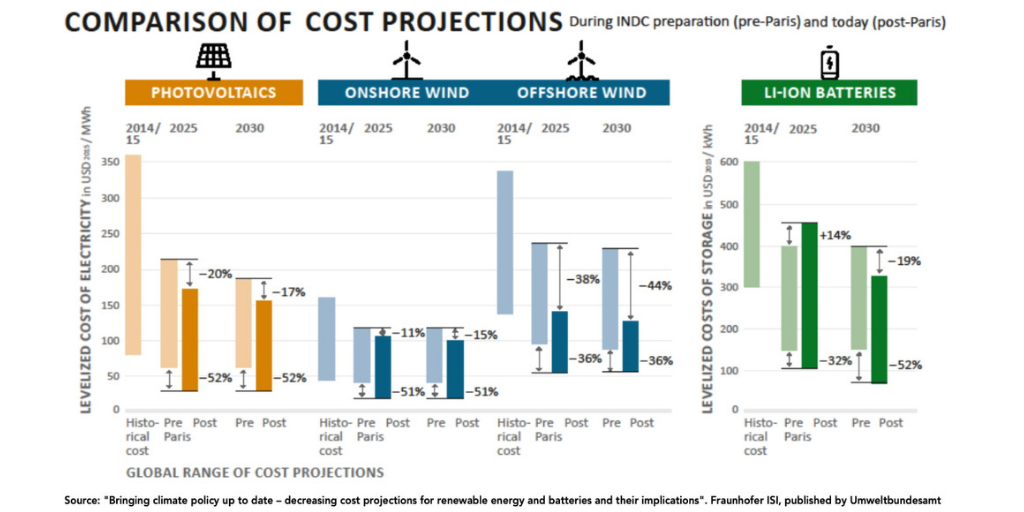 Germany so far has derailed a push for greater climate ambition within the EU, culminating in chancellor Angela Merkel saying this summer said she was “not so happy” about the proposal for a more ambitious EU greenhouse gas reduction target for 2030 by Miguel Arias Cañete, commissioner for climate action and energy.

As the Talanoa Dialogue, which aims to galvanise increased ambition from countries, continues with a high-level segment in Katowice, the question of Germany’s stance comes back into focus.

The government, however, points to Brussels.

“We accept all the criticism that there is, but under the Paris Agreement, member states are to review and report on their NDCs in 2020. Not 2019, but 2020,” state secretary in the environment ministry Jochen Flasbarth told journalists during a briefing. “Moreover, this does not affect Germany as a state, but we are part of the European NDCs, so that it has to be decided in Europe.”

Flasbarth added that while commissioner Cañete had said current legislation likely already put the EU at 45 percent greenhouse gas reduction by 2030, “there is no agreement within the EU that a new NDC will be communicated here. That will not happen, I am quite sure. We will then see what happens next year,” he said.