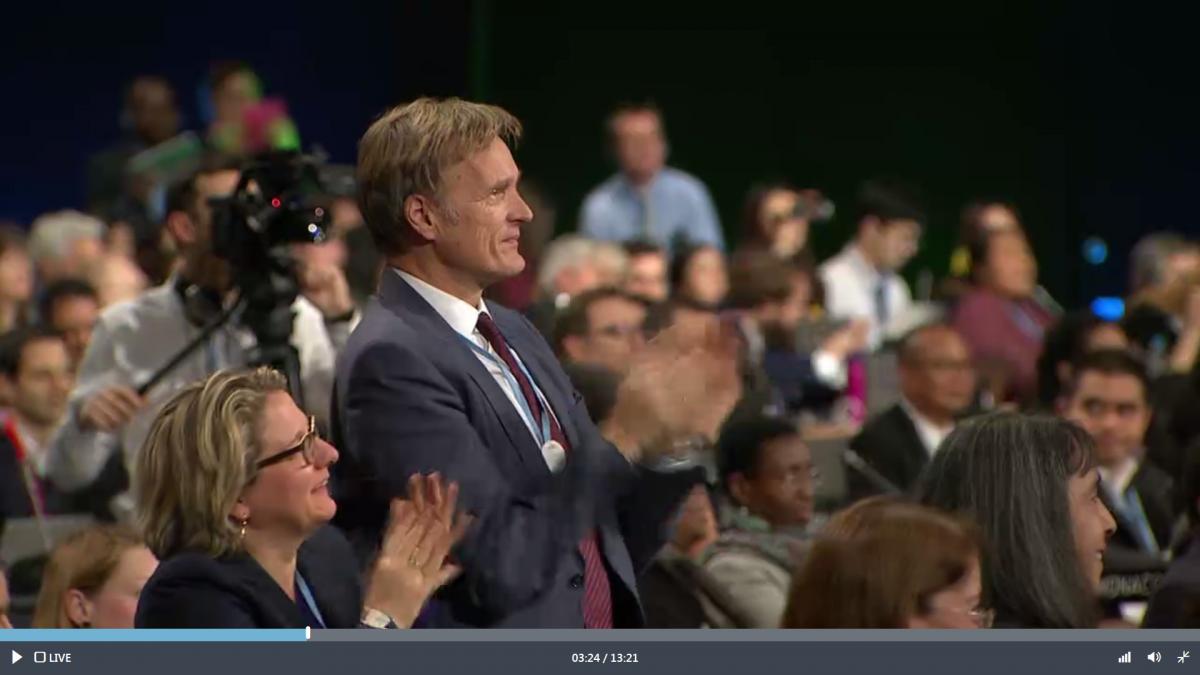 Germany is under scrutiny at the UN climate summit COP24 in Poland: the country will fail to meet its 2020 climate target and only the next year will show if a push to phase-out coal-fired power production will result in an end date for the CO2 intensive fuel. But at the same time, the German negotiating team from the environment ministry is known to be a constructive and ambitious force in the climate talks which this year are to produce a set of rules on how to implement the Paris Agreement. CLEW tracks the latest views and comments from German officials, NGOs and other relevant news bits at the conference in Katowice in a daily blog.

Parties at COP24 have adopted the implementation rules to the Paris Agreement (Paris rulebook). NGOs from Germany welcomed the “solid rulebook” which was going to enhance transparency and trust between nations created by the parties in Katowice but criticised the comparatively weak incorporation of the 1.5°C report by the IPCC. Decisions and negotiations on the “markets article” (Article 6 Paris Agreement) have been postponed to 2019.

"I'm very relieved that we were able to do this. The last hours were not easy," said environment minister Svenja Schulze after the gavel fell in Katowice. The German government delegation highlighted that for the first time, from 2024 onwards, there will be common binding minimum standards for reporting by nations on their greenhouse gas emissions or other climate protection measures. "We have achieved that, for the first time, not only half the world, but the whole world can be scrutinised when it comes to climate action," Schulze said in a press release.

With the new rulebook it is "impossible to whitewash" emissions reduction in the future, said a German government delegate after the conference.

The rulebook was agreed after several countries had delayed the final plenary for hours with individual demands, including Brazil and Turkey. Turkey has wanted to change its official status as a developed country for some time and used the last hours of the negotiations to reopen this issue. A German government source said a small round of countries - France, Germany and Poland - talked with the Turkish delegation about finding alternative solutions in the future.

"The result of COP24 is also a win for multilateralism. In the UN, small states most vulnerable to climate change have a voice," Christoph Bals, head of NGO Germanwatch said.

Clean Energy Wire will collect and publish reactions to the rulebook deal from Germany over the coming days. 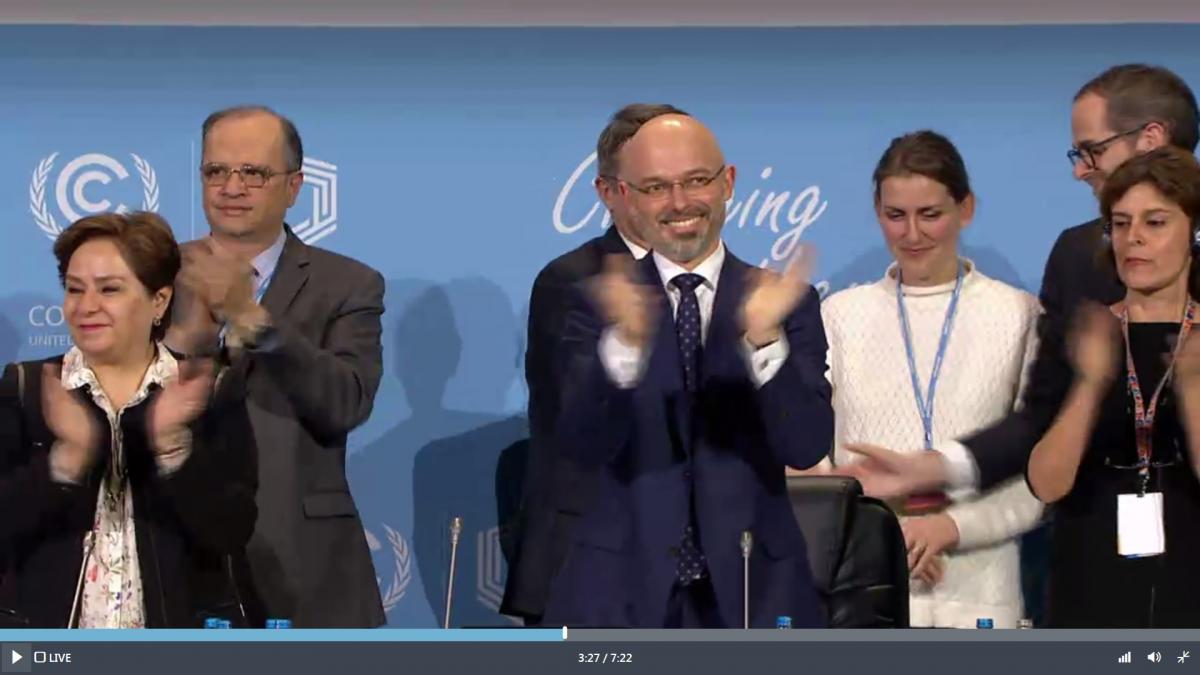 COP president Michał Kurtyka after the Paris Agreement implementation rules were accepted by the plenary in Katowice.

The road to the Paris Climate Agreement rulebook

How did we get here?

Text is out as plenary is postponed to 6pm

Groups of negotiators like Germany's and Luxembourg's environment ministers Svenja Schulze and Carole Dieschbourg had already huddled in the plenary, waiting for the session to start, when it was postponed yet again. Meanwhile, first comments on the latest text emerge.

EU climate action and energy minister Miguel Arias Cañete has remained silent on Twitter after his announcement this morning that the EU would soon react. Leading candidate for the European Greens Bas Eickhout, however, has said Katowice deliveries are going to be “disappointing” with the current text. A compilation can be found here.

Last part of the text is in. Difficult rulebook issues on market mechanisms (Article 6) are postponed till next year. So higher ambition level moves to September 2019; Rulebook leftovers to November 2019. Katowice deliveries disappointing. May the plenary begin.

EU climate ministers met in Katowice to discuss the latest draft texts, according to a spokesperson of the German environment ministry.

Officially, the plenary meetings are scheduled to begin at 13:30 CET.

NGOs call on Merkel to back High Ambition Coalition

German NGOs felt the need to appeal to German chancellor Angela Merkel to support a declaration by the High Ambition Coalition, after conflicting statements by her environment minister in Katowice and her energy minister in Berlin.

In an open letter, the environmental organisations Greenpeace, WWF, BUND and Germanwatch jointly addressed Merkel and asked her to stand behind environment minister Schulze. During the conference with the so-called High Ambition Coalition from industrialised and developing countries, she had published a declaration calling for new climate protection commitments by 2020.

However, economy minister Peter Altmaier (CDU) had pointed out in a German political TV talk show that such things could only be decided by the government as a whole.

After both the publication of final drafts of the Paris rulebook and the closing plenary meetings at COP24 in Katowice were postponed repeatedly on Friday and throughout last night, the new final closing meetings are now scheduled for 12:00 – 16:00 CET.

The EU said that it received the latest version of the draft agreement just after 9 o`clock, with climate and energy commissioner Arias Canete writing on Twitter that the first EU reaction was “coming soon”.

#COP24 UN climate talks go into overtime. Latest version of the draft agreement just out. EU reaction coming up soon. A deal to make the #ParisAgreement operational is within reach. pic.twitter.com/lX1B48lqtu

Other texts are trickling in on the UNFCCC website.