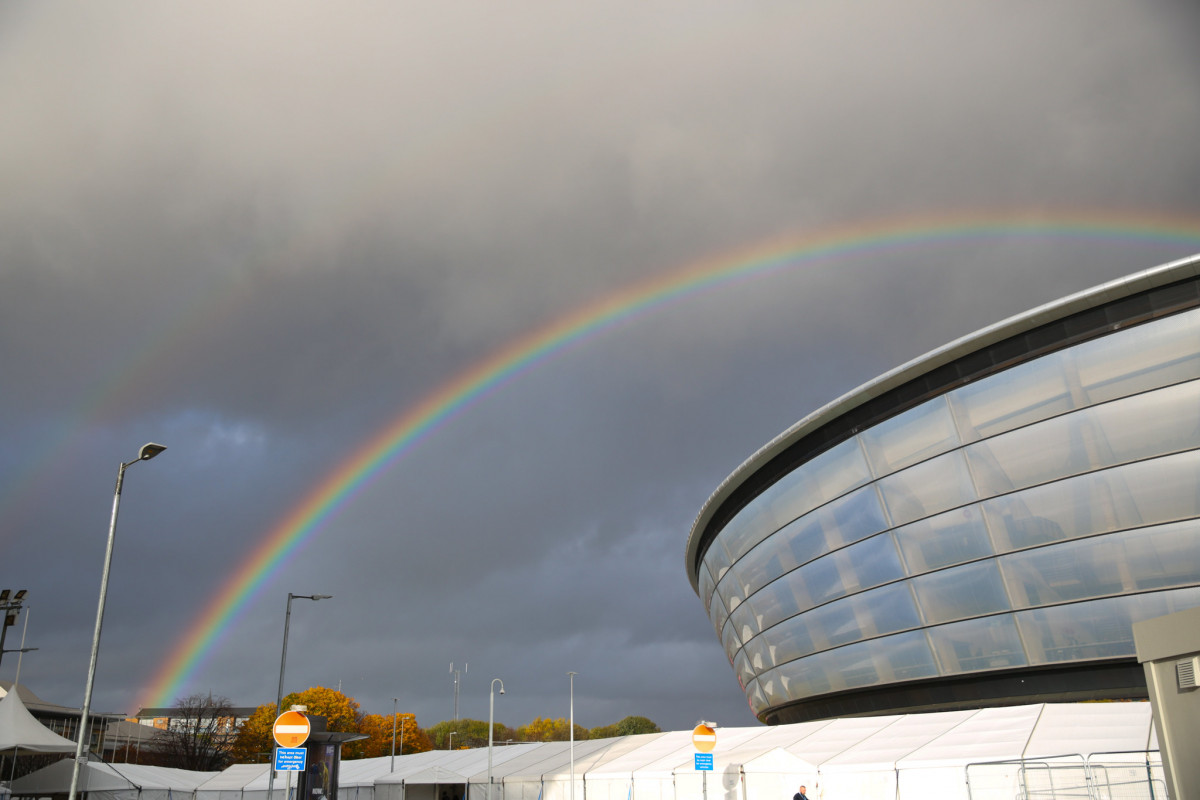 With the goal to "keep 1.5° within reach", many see this year's COP26 in Glasgow as the most important UN climate change conference since the landmark 2015 Paris Agreement. Industrialised countries and large emitters are expected to make more ambitious pledges to limit global warming and to increase climate finance for the global south. Behind the scenes, negotiators are battling with the nitty-gritty of the Paris Agreement rulebook and eyes are on a possible solution for carbon markets under Article 6. Meanwhile in Germany, the era of “climate chancellor” Angela Merkel is coming to an end and newly elected forces – including a strong Green Party – are negotiating the course of the next government coalition, all while activists are tightening the thumbscrews on governments both at the COP and in Germany. Having implemented a coal exit pathway since the last COP that many deem too little too late and seeing emissions rise again after recent pandemic-induced reductions, the next German government is under pressure to up its game. Although representing a “lame duck government” before the new cabinet is voted in, Germany’s negotiating team is known to be a constructive and ambitious force at the climate talks. CLEW tracks the latest views and comments from German officials, NGOs and other relevant news bits at the conference in Glasgow in a daily blog.

The German government wants to remain committed to contributing to climate adaptation finance and has pledged an additional 150 million euros for two key multilateral funds.

Climate change is a reality and measures to adapt indispensable, said Jochen Flasbarth, state secretary in the environment ministry. “When you are standing knee-deep in water, when you have crop failures, you urgently need to be protected from these effects.”

Germany pledged 50 million euros to the Adaptation Fund, which helps vulnerable communities in developing countries adapt to climate change. Moreover, the German government will put up another 100 million euros for the Least Developed Countries Fund (LDCF), where Germany is the largest donor with more than half a million US dollars. Chancellor Angela Merkel had made the pledge earlier this year at the adaptation summit.

“Others must now follow suit,” said development cooperation minister Gerd Müller. “Above all, the European Union should think much more beyond its borders and extend its Green Deal to Africa, for example.”

In total, Germany now contributes around two billion euros per year to international adaptation financing. This is a share of a good 40 percent of total climate financing from government budgets.

Jan Kowalzig, Senior Policy Adviser Climate Change at Oxfam Germany said that both funds are doing good work and it was important that Germany has been regularly making contributions. “It’s refreshing that Germany regards this as something worthwhile. Other countries say “oh, we contribute so much to other funds, somebody else should do this,” he told Clean Energy Wire.

Nevertheless, Kowalzig cautioned that the pledges made by the government today are within the confines of the six-billion-euro-per-year-budget that Germany wants to reach with its climate finance in 2025. The additional pledge is therefore not bringing donor countries closer to fulfilling their 100 billion USD pledge, he said.

Former U.S. president Barack Obama has commended young climate activists across the globe for their involvement. “They’re not just working for their own countries,” said Obama in a speech at COP26. “They are forming a movement across borders to make the older generation that got us into this mess see that we all have an obligation to dig ourselves out of this.” Obama made a special mention of German Fridays for Future activist Luisa Neubauer. “During the global climate strikes in 2019, Luisa helped organise 270.000 marchers in Berlin put pressure on German parties to take climate change seriously. Climate change is frightening, she said, so the question is how can we turn this anxiety into something constructive?”

German minister for economic cooperation and development Gerd Müller has said the progress thus far at the COP26 climate conference in Glasgow is not ambitious enough to protect the climate or achieve the goals laid out in the Paris Agreement, Spiegel reports. "The emerging resolutions are not sufficient to achieve the 1.5-degree target," Müller told news agency RND on 6 November. "Even the offers of support for developing countries, even if they are fully implemented, are absolutely inadequate to adapt to the climate change that is already taking place."

German government with positive outlook on 2nd week of the COP

The German government has a positive outlook on the last week of COP26 negotiations. “We start the second, decisive week of negotiations with full power and good spirits,” said state secretary Jochen Flasbarth. Over the weekend, work has been ongoing on key issues such as adaptation finance, and Flasbarth said there are reasons to expect good results.

Flasbarth made his comments against the backdrop of several media reports that tough negotiations are ahead. While the first week was marked by high-level pledges beyond the official talks, and in-depth technical negotiations on the Paris Agreement rulebook, ministers and other government officials descend on Glasgow in the following days to hash out political compromise. Flasbarth said the UK COP presidency plans to have several ministerial consultations on key difficult issues.

“Glasgow has produced some results, but it’s going too slowly” – Merkel

The ongoing UN climate change conference COP26 in Glasgow has already had some positive outcome, but scientific evidence shows that more must be done, German chancellor Angela Merkel said in an interview with Deutsche Welle. “We have to follow the science again, which means staying very close to 1.5° global warming. Glasgow already produced some results, but from the point of view of young people – justifiably – it's still going too slowly,” said Merkel. Over the course of the climate conferences since Merkel presided over the first one in 1995 as German environment minister, “we have achieved progress over time, but the reports by the IPCC have become increasingly alarming,” she said. “I tell young people they must pile on the pressure and we must become faster.”

Merkel said Germany had a special role to play. “We’re not doing too badly in international comparison, but we are also one of the leading industrialised nations. If there are new technologies, if we talk about the transition in transport or in energy supply, Germany has to lead by example.”

Once touted as the “climate chancellor”, Germany’s outgoing head of government Angela Merkel’s climate leadership over her 16 years in office is now seen by many as mixed. International observers commend her steadfast leadership in negotiations with other leaders, while critics speak of a “lost decade for climate action” at home.