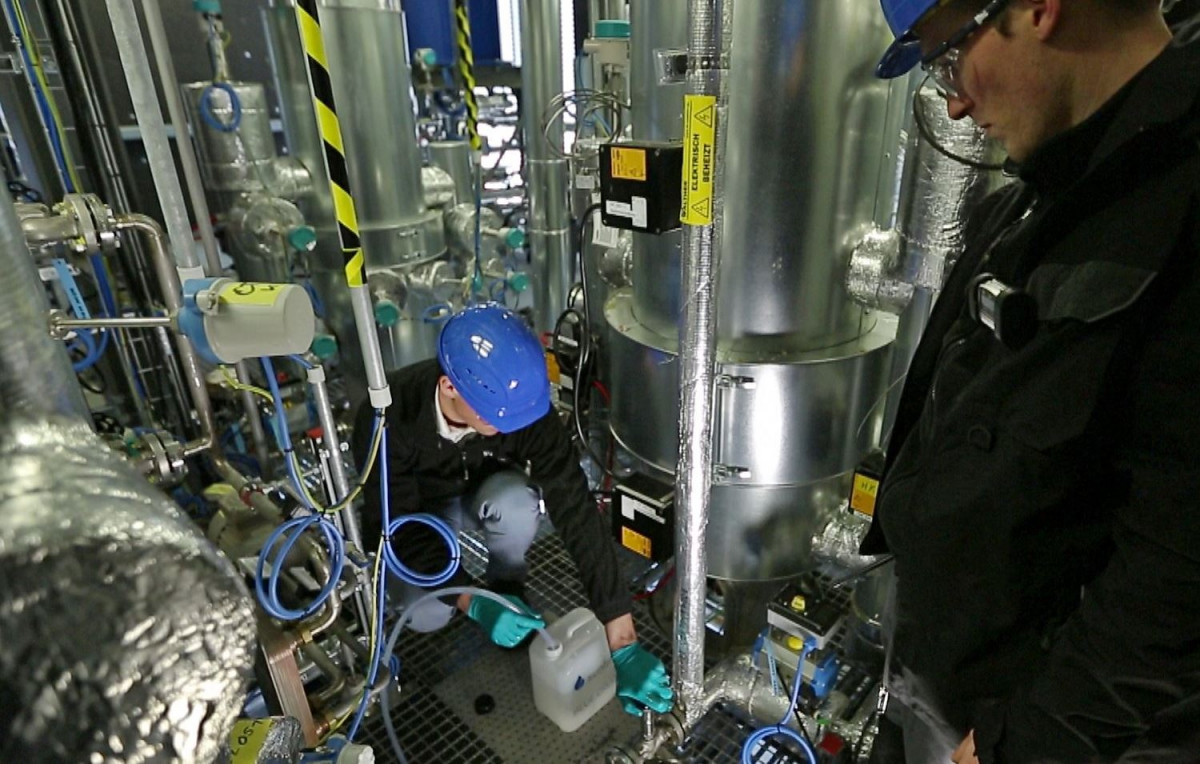 Germany’s engineering prowess and excellent support programmes have spawned a world-leading scene of start-ups dedicated to pushing the energy transition with innovative ideas, according to start-up expert Klaus Fichter. There are massive differences to the famous Silicon Valley start-up scene, but the founder and director of the independent Borderstep Institute for Innovation and Sustainability says deeply committed entrepreneurs specialising in hardware solutions have turned Germany into a “Green Energy Valley” that attracts huge international attention. 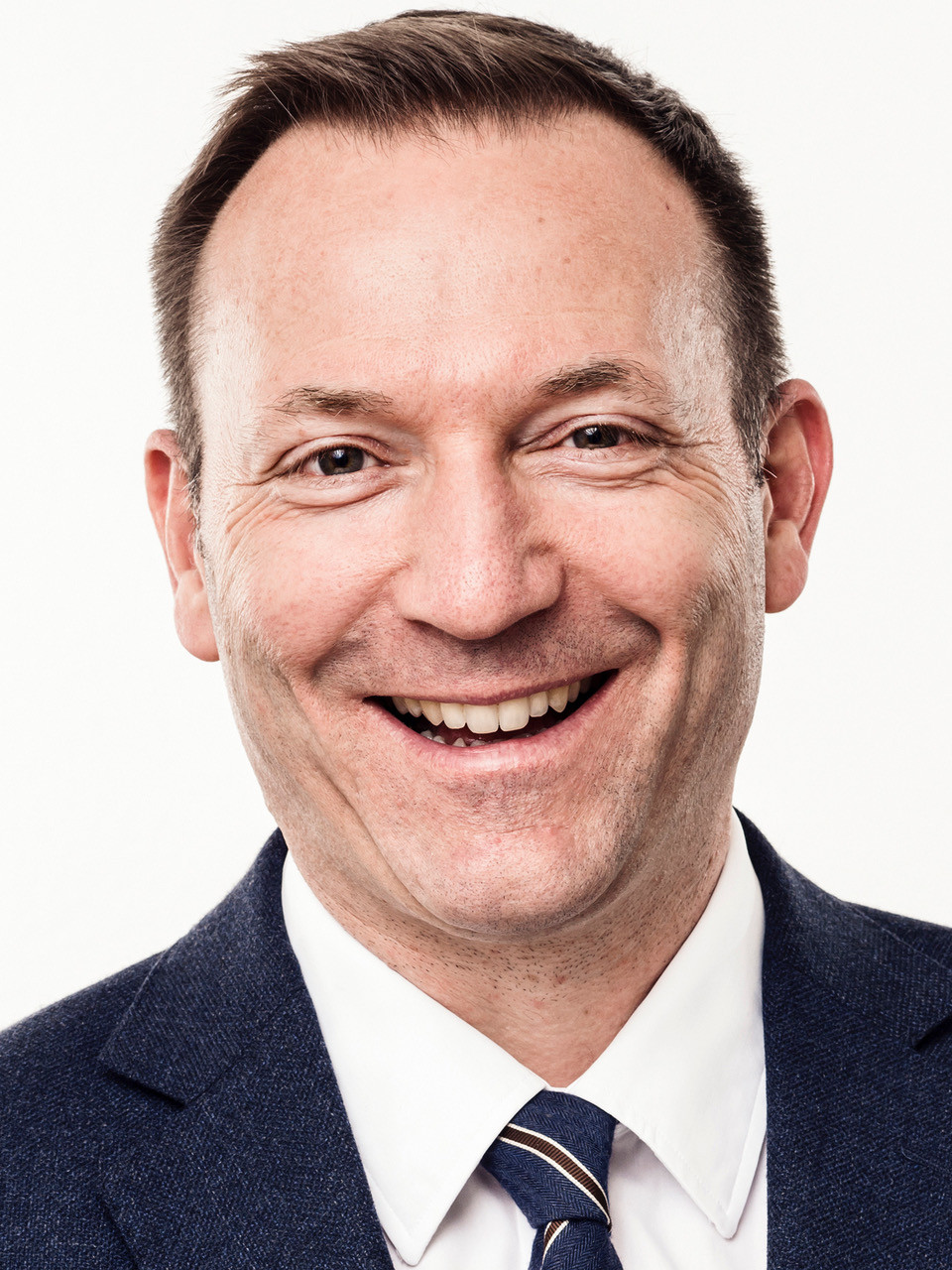 Fichter has done extensive research on Germany's 'green' start-up scene. His Borderstep Insitute focuses on green innovation, sustainable entrepreneurship, climate change and energy efficiency in buildings and IT systems. It conducts regular surveys of Germany's green start-up scene, and has just published the "Green Startup Monitor" in English in cooperation with the German Startups Association.

Clean Energy Wire: Do you see any fundamental differences between Germany’s ‘green’ startup scene and that of other countries?

Fichter: Firstly, when it comes to innovative start-ups, we have a very high share of companies focusing on energy in Germany. We know that around 26 percent of all innovative start-ups can be categorised under the heading of ‘green economy,’ and as a rule of thumb, you can say that at least half of these are involved with energy. This means that 13 to 14 percent of all innovative start-ups are energy start-ups, which is a very high share and is certainly exceptional in an international comparison. This is the result of Germany’s energy transition policy, the high level of environmental awareness, and the country’s solid record in environmental engineering education.

The second German peculiarity is a strong focus on hardware innovation among energy start-ups. They don’t create yet another app, or work exclusively with data, but rather puzzle over technical solutions – for example new PV or storage technologies.

The third German peculiarity is that we now have very strong support mechanisms in place that focus on energy transition start-ups. We have many large incubators in Germany – major utilities as well as independent ones. You can find that in very few other countries – perhaps to some extent in Scandinavia, if at all.

So, is it fair to say that the start-up scene reflects Germany’s reputation as a ‘country of engineers’?

Yes, absolutely. And I believe this is an absolute strength of the sector in Germany in an international comparison. We have the expertise, and the start-ups apply it. That is a competitive advantage around the globe.

There are several international start-up competitions that are interesting for young companies active in the environment and energy sectors, and German start-ups focusing on engineering very often come out at the top, which is another proof of their quality and strength.

Could you name hardware innovations that testify to the strength of the German startup scene?

Particularly strong are storage technologies and hydrogen - and energy conversion more generally - meaning power-to-gas, power-to-liquid, and so on. A few years ago, PV technologies were a specific German strength, but that has changed for a number of reasons.

Well, this is a difficult comparison but let me try. Silicon Valley boasts an extremely lively start-up and venture capital scene. It also has a tremendously active investment culture: you can get in quickly, become big or fail very fast, and early exits are a common occurrence, when founders say good-bye and walk away with millions. Additionally, there is a strong focus on IT and big data.

Now, let's see whether these characteristics apply to Germany. In some respects they do, but in others they clearly do not. We in Germany also have a lively start-up scene in the energy sector. I would say that we also have major and powerful venture capitalists, even if they are not really comparable to those in Silicon Valley. I mentioned the large incubator programmes and the large utilities earlier, and we also have public-private partnerships like InnoEnergy, which collect a lot of money and invest in energy start-ups. A lot is happening in this space. Generally, I don’t buy the complaint that Germany is very weak when it comes to venture capital. But, of course, there are differences, for example when you look at volumes. When it’s about pumping 50, 80 or even 150 million dollars into a start-up, Germany is not on the same level as Silicon Valley.

Also, when you compare the culture of quick trials, fast growth, rapid failures or exits, there is a massive difference. We have an entirely different start-up culture here in Germany. Most founders I know cling to their baby with great passion - many are engineers who don’t let go so easily. But I believe this is one of Germany’s great strengths. Our strong tradition of Mittelstand companies (small to medium-sized firms that are often very specialised and family-owned) is also reflected in our start-ups. Germany's founders have a much stronger commitment to what they are doing than in many other countries. They don’t just leave after a couple of years. 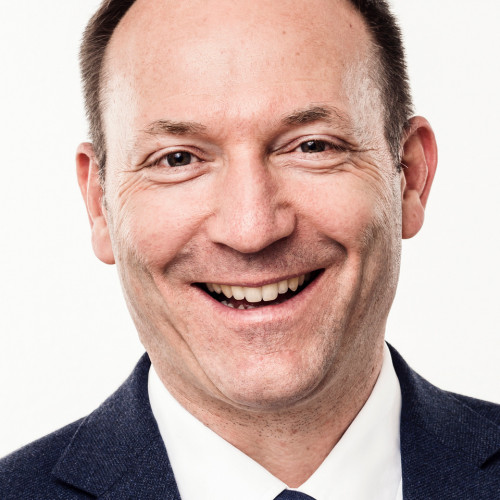 Germany's founders have a much stronger commitment to what they are doing than in many other countries. They don’t just leave after a couple of years...I believe this is one of Germany’s great strengths.

This is totally different to what happens in the US, and I think it’s good that we do it differently here. We must focus on our German and European strengths. In my opinion, one of Silicon Valley’s great weaknesses is that there are always some heroes who get famous and rich very quickly, but there are also a lot of failures because that environment lacks the tranquillity needed to develop certain technologies. Especially when you work on hardware, you can’t just blow it up like you do with a data-driven business model. You need time to develop your product, which is why you also need ‘patient capital’ because processes simply take much longer.

The focus on IT is also different here. The German start-up scene is much more diverse, and not so clearly focused on software and IT.

So, in the end there are more differences than similarities. But this doesn’t mean we don’t have something like a ‘Green Energy Valley’ in Germany, even if I wouldn’t compare it to Silicon Valley.

Do you see sizeable foreign interest in the German green energy start-up scene on account of the country’s role as an energy transition pioneer?

Owing to the political framework of the energy transition, there is continuing interest in seeing whether Germany will succeed, and how. Now we also have agreed on a coal exit – even if the process is much too slow – but at least there is a decision on the exit. Additionally, Germany continues to be renowned for its engineering prowess and technical knowledge, which also generates a lot of interest in the developments in the energy sector. All in all, yes, I perceive a huge interest.

Your surveys have shown that Germany’s green start-ups are particularly interested in expanding internationally. Is this also a result of this international interest?

We are one of the world’s export champions and, of course, this is also reflected in our start-up scene in general, and our green start-ups in particular. We have specialised support programmes in place to encourage the export of environmental technologies. But the international outlook is also determined by the fact that the German market is rather small compared to the US, for example. If you want to grow, you must expand abroad at some point, whereas you can remain on domestic turf in the US for much longer because it’s such a huge market.

You put quite a lot of emphasis on the role of public support programmes. This appears to be an additional difference to the US, which is more dominated by private capital.

Yes, we have an excellent support programme landscape in place here in Germany. These offer great opportunities if you want to launch a company to develop innovative technologies. The situation is entirely different in the US, where they basically have no public support whatsoever for the stages between basic research and market entry, which means they have to fall back on private capital. If that capital is not patient, which it mostly isn’t, they simply cannot develop certain hardware technologies. But in Germany, we can – not only with the help of conventional support for establishing a company, but also by using the numerous research and innovation programmes – for example the economic ministry’s energy research programme, which has put a lot of effort into integrating start-ups. This was a difficult task until recently because support was dependent on a company’s creditworthiness, which ruled out start-ups. But that problem has been recognised and rectified. We really have excellent conditions in Germany when it comes to government support for start-up formation and innovation.

more on energy start-ups and innovation

A quarter of German start-ups contribute to green economy - report