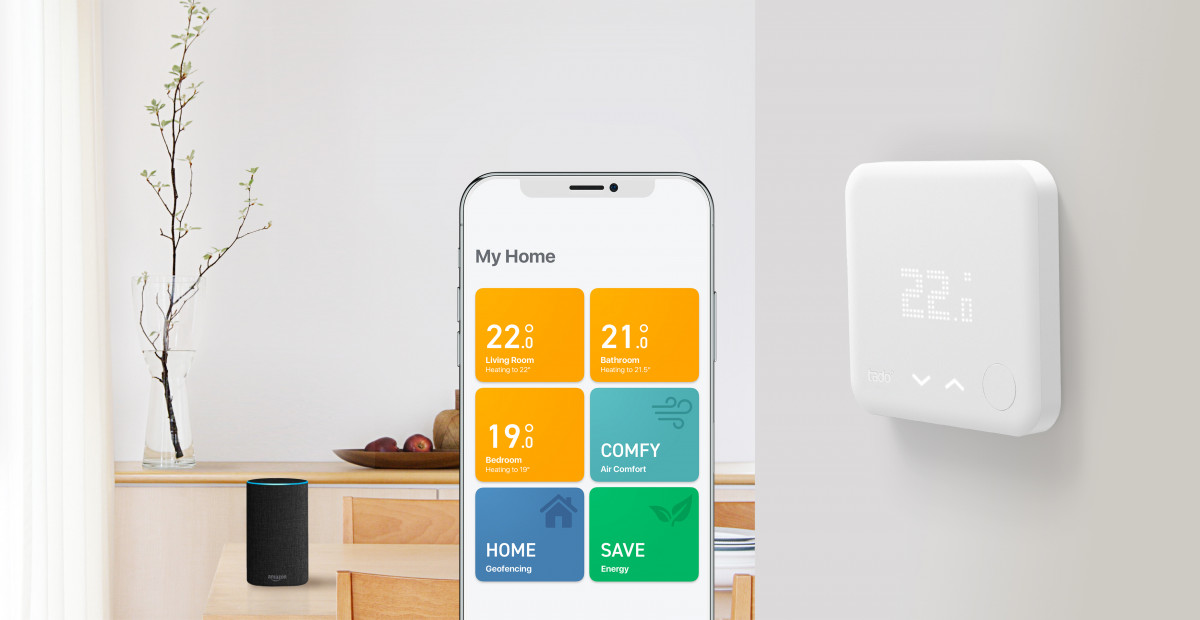 Clean Energy Wire is stepping up its business coverage and exploring how the commercial landscape is being transformed by Germany's energy transition. To showcase the upheaval underway in the world’s fourth largest economy, we've launched a series looking at start-ups that aim to disrupt entire industries, propelling them towards carbon-neutrality. Number four in our series: smart thermostat specialist tado.
Lowering households' huge heating emissions is not only about modernising boilers and insulating buildings, but also about using heating systems more efficiently. Munich start-up tado offers digital solutions to make that complex task as simple as possible: Smart thermostats and a mobile app ensure that heaters and air conditioners consume as little energy as possible, without compromising users' comfort. Tado's approach has caught on quickly, turning the young company into one of Germany's most prominent energy start-ups, and attracting funding from Amazon, incumbent utility E.ON, and oil major Total.
Clean Energy Wire spoke with co-founder Christian Deilmann about being a start-up in Germany, their new partnership with Amazon, and the challenges involved in bringing the energy transition to living rooms across Europe.

Clean Energy Wire spoke with tado's co-founder Christian Deilmann, who is in charge of product strategy and business development. 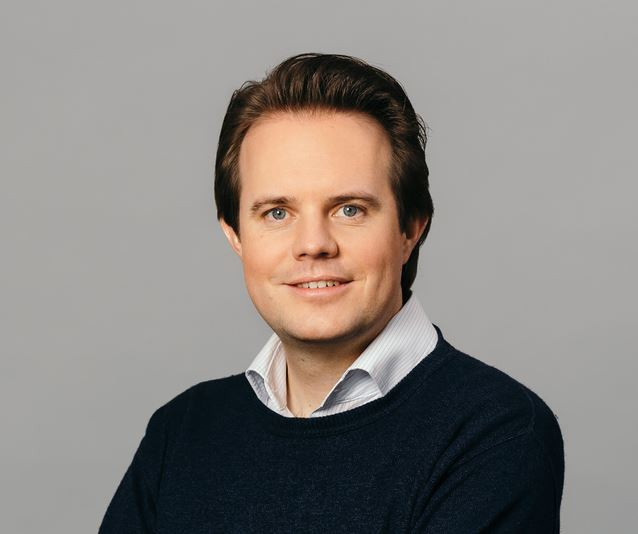 Clean Energy Wire: How would you evaluate the current progress of the energy transition here in Germany, especially in heating?

Deilmann: We’re basically on the right track, but we’re much too slow, and heating still doesn’t get the attention it should. Heating and cooling in our buildings and industry accounts for half of the EU’s energy consumption. In EU households, heating and hot water alone account for 79 percent of total energy use. In Germany, heating accounts for approximately 55 percent of energy consumption. These figures illustrate what a huge role heating must play in the energy transition. On a global scale, around 30 percent of all energy is used for heating and air-conditioning – that’s more than the entire transport sector.

The mere fact that the sector is responsible for such a large share of emissions should make it a top priority, both with respect to energy efficiency, but also with regard to the transition to a renewable energy system.

Where is the future of heating headed?

In general, it’s extremely important to manage energy consumption intelligently – regardless of the energy source – in order to reduce overall consumption. I believe that is the first lever we have to use, because it’s also relatively simple. Tado offers a small device that you can connect to any type of heating system. By adding other data to heating management – such as weather forecasts, data on open windows, data on which rooms are being used, and so on – and combining them with a learning system that gets to know a building’s relevant characteristics and improves over time, we can save up to 31 percent of heating costs. That’s a very important point.

As regards energy sources, we believe there is no alternative but to decarbonise the system in the longer term, which means we will heat and cool using renewable electricity primarily from wind and solar power. This process is often called ‘sector coupling,’ meaning we connect the power sector to the heating and transport sectors and run the entire economy on renewable electricity. This will enable us to use intermittent renewable power much more effectively. Heating in particular offers a huge potential to add flexibility to the grid, for example by using heat storage and the thermal inertia of buildings as a buffer. Electricity-based heating systems, for example heat pumps, not only work much more efficiently, but can also be used to stabilise the grid.

Turning to your business: Do you consider yourself a software or hardware company?

We employ around 80 product developers. Of these, only three work in hardware development, and the rest in software development. To develop a solution like tado, you have to invest primarily in the software. The hardware is much less laborious. Seen from this perspective, we really are a software company, even if the product we’re selling is a combination between hardware and software.

Other Start-ups in this series

Could you tell us some details on your business development? Are you profitable?

We’re still in the investment phase. Our total financing adds up to more than 100 million dollars. We concluded a financing round in the autumn of 2018 totalling 50 million dollars, which we’re currently investing. This is why we’re not yet profitable. We are currently serving several hundred thousand households, which we manage to increase comfort, efficiency and convenience.

It’s rather unusual for a German start-up to have Amazon as an investor. What did the collaboration mean for you?

Amazon has large ambitions in this sector and we cooperate closely. The partnership has already yielded large benefits, both in the number of households we can reach, and also regarding the possibilities to improve our product. 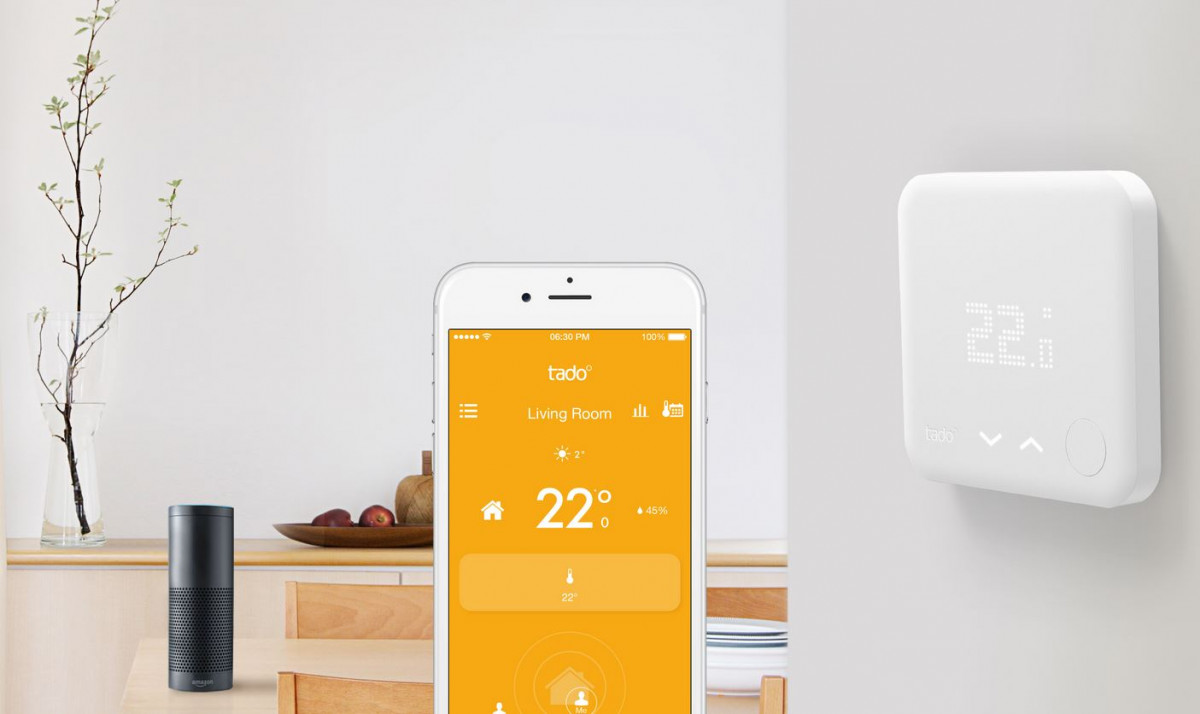 What are the next goals for your company?

Adding connectivity to heating and air conditioning offers three different value pools. First, what we do today: lowering energy costs and increasing comfort for end customers, which is a control issue. Second, remote maintenance of appliances, which makes repairs and maintenance much more efficient. If you already know why a heating or cooling system is broken, you only have to visit the customer once, because you know which spare parts to bring along. The third value pool is the aggregated sum of all our households using electricity for heating or cooling, because they can be integrated into the electricity grid and programmed to use electricity when it is readily available and cheap – when the wind blows or the sun shines. This offers the option to adapt energy demand to production, without having to make concessions regarding comfort.

Currently, we’re strongly involved in the first value pool. By increasing efficiency and comfort, we access households. That is the basis for entering the other value pools step by step, which we’ve already begun. We’re working on reaching a critical mass of users, which will allow us to take part in grid management.

We’re working on reaching a critical mass of users, which will allow us to take part in grid management.

But it’s important to realise that the heating sector moves very slowly when compared to other sectors – just think of the internet. You need a lot of staying power in this business. We’ve grown to around 200 employees and have reached a respectable size by being installed in several hundred thousand households. But in total, there are 200 million households in Europe. It will take some time before they’re all connected.

What are the main regulatory obstacles slowing your business expansion?

Flexible energy prices are a very good development, meaning the electricity price depends on how much energy is currently available in the grid, and fluctuates accordingly: it’s cheap when there is plentiful renewable energy, and gets expensive when supply is short. This concept has progressed very far in Finland and Sweden. In the UK, there are also four utilities that offer flexible prices, for example Octopus Energy.

Intelligent control systems like tado’s are a perfect complement to flexible pricing contracts. We’re active in all European countries, and these contracts make it much easier for us, because we don’t need all the cumbersome certification process to become an official provider of balancing power in every country. Simply integrating balancing power into the energy pricing system is the simplest solution for us and the customers, because everyone just needs the appropriate technology to use less power when it is expensive, and more at times when it is cheap.

Power prices are also an important aspect of this transition to renewable heating. The cheaper renewable power becomes, the quicker decarbonisation will progress. 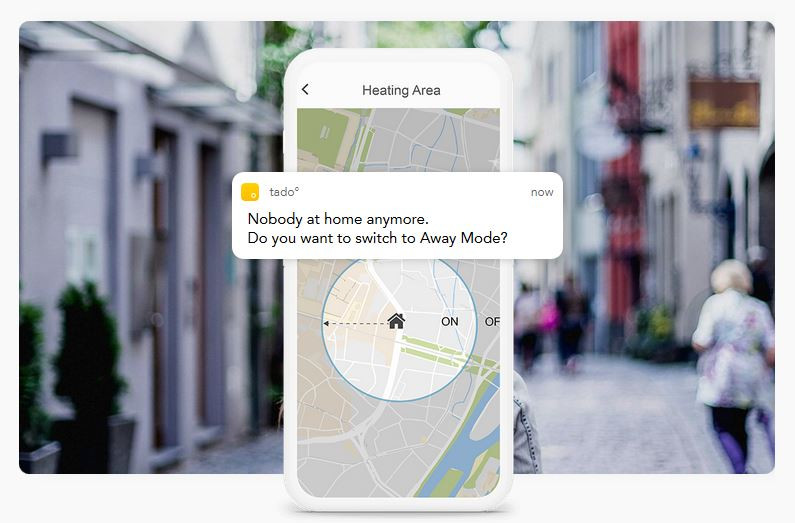 Who are your main competitors?

On a global scale, Google Nest is our most important competitor. In Europe, we’re very close – I would guess we serve a similar number of households, which is due to the fact that Nest is only active in some European countries, where it is bigger than we are.

In terms of volume, those three are our most important competitors in Europe.

How important is Germany for your business?

Germany accounts for around a quarter of our total sales, and other European countries account for most of the rest. This is why Germany remains our most important market, with the UK as a close second. Tado was set up from day one as a European company, which is why we’re relatively diversified.

What’s your opinion on the recent announcement that Shell is taking over German battery pioneer Sonnen and possibly also green energy provider Lichtblick? Do you see a trend here?

Oil majors in particular are not yet as embattled as many old utilities. They were able to earn a lot of money over many decades, and they have realised that the world is decarbonising and moving beyond oil. Both Shell and Total are currently snapping up firms on a weekly basis, in particular new brands in the classic energy sector that sell electricity or gas to end customers.

We noted earlier that transportation is also being increasingly electrified. Given this backdrop, it would be grossly negligent for these companies to say: ‘We don’t care – we just pump oil out of the ground and that’s it.’ They have accumulated the necessary capital over the years to invest in decarbonisation themselves. There is no doubt whatsoever that they are very serious about this – this is definitely not greenwashing. There are simply too many reasons to favour a different approach now. One obvious example is energy efficiency. A conventional combustion engine has an efficiency factor of about 25 percent, compared to an electric motor with 97 percent – which means you lose much less energy. The same is true for heat pumps, which are four or five times as efficient as a conventional gas heating system.

In addition, I believe we’re also seeing a profound change in society. An increasing number of people are no longer prepared to be poisoned every time they walk in a city. There is an increasing resistance against the health effects of using conventional fossil fuels. Third, it’s simply fun to drive an electric car.

I believe those three factors – efficiency, health and the fun factor – are combining to drive the transition, both in heating and in transport.

How would you evaluate the general environment for energy start-ups in Germany?

There are many aspects to this question, but let me just focus on one example. About a year after tado got started, Nest appeared. And to be honest, we were quite impressed by their initial growth. The US is simply a huge market, with one language and one culture. It offers a similar number of households as Europe, but we’re split up into 28 countries, with many different languages, cultures, regulations, borders and tax systems, which all slow you down. Being in the US makes it much easier to scale up operations.