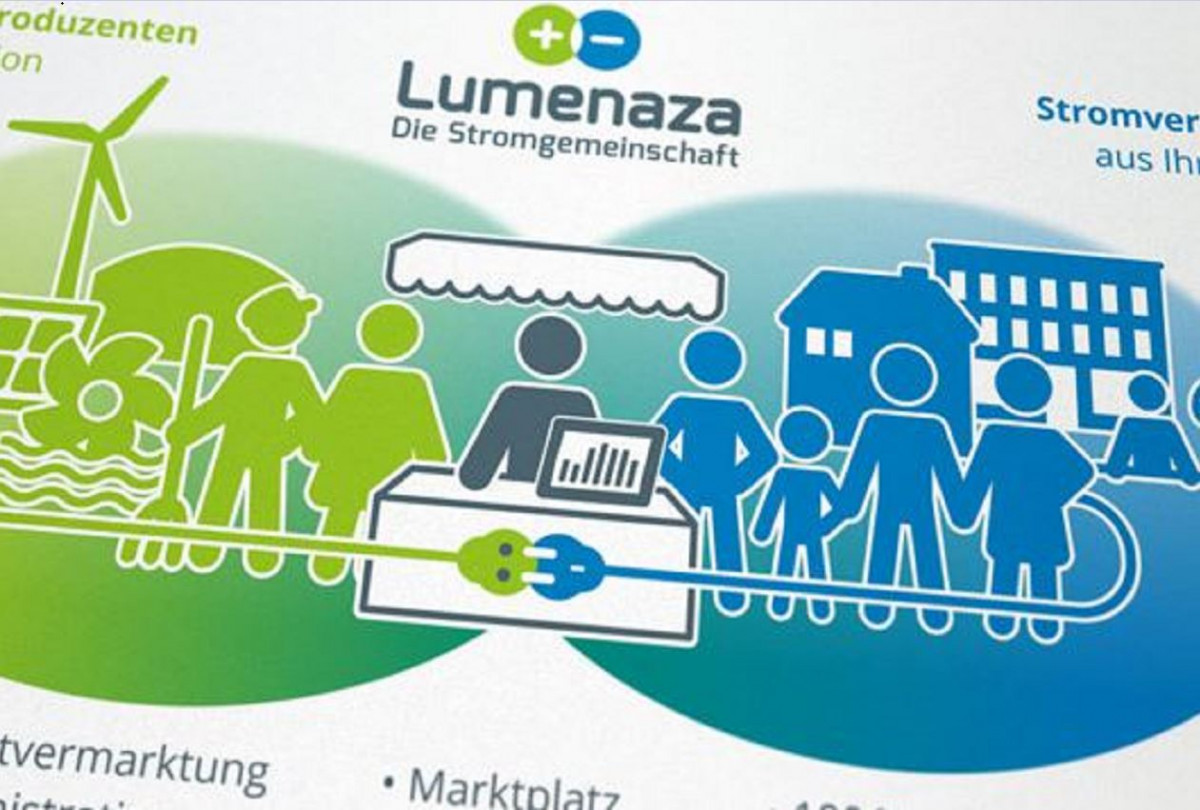 Clean Energy Wire is stepping up its coverage of how business is being transformed by Germany's energy transition. To showcase the upheaval underway in the world’s fourth largest economy, we are launching a series on start-ups that aim to disrupt entire industries, propelling them towards carbon-neutrality. Number one in the series: Berlin software firm Lumenaza.
Specialising in local small-scale power exchange with its “utility-in-a-box” software, Lumenaza offers a rare glimpse at the infrastructure behind the ongoing renewables revolution. Although it often remains invisible, the company is behind some of the most prominent players reshaping tomorrow’s decentralised energy world. Founder and managing director Christian Chudoba told the Clean Energy Wire about upcoming milestones and hurdles for his company and why he believes the issue of renewable subsidies is over and done with.

Clean Energy Wire: What are currently the most important trends of the global energy transition, from your company’s point of view? 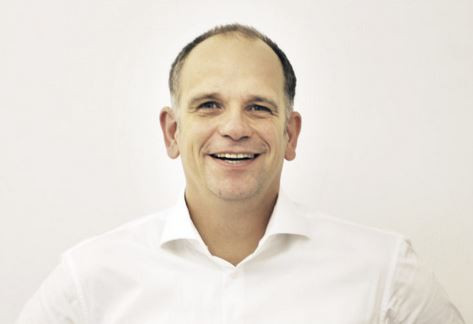 Christian Chudoba: The entire project is still driven by the fact that system components – such as PV, wind turbines, or batteries – become cheaper all the time. This is why they are making fast headway around the globe. Both wind and solar are fast approaching – or have already crossed - price levels where subsidies are no longer necessary. As far as I’m concerned, the issue of subsidies is over. The key question facing us now is: How can we tweak framework conditions in order to manage decentralised energy resources efficiently, and operate them at full capacity? And to be honest: we would appreciate a stronger policy support to speed up the integration process and lower costs even faster.

Another trend is that companies like us make decentralised energy resources the basis for new business models, by developing digital models and applying them. Once you have a certain number of power producers, digital management becomes the only option. And from our perspective, digitalisation goes hand in hand with an extreme decentralisation. Additionally, new trends like electric mobility add an entirely new dynamism.

What is the right policy framework to drive the transformation? You seem quite skeptical about Germany in this regard.

Germany was once the frontrunner by introducing intelligent incentives to support renewables. Nowadays we see that necessary innovations are hampered by a lack of those incentives, which means other countries are likely to overtake us. For example, new regulations to make home storage more attractive comes from the EU these days, instead of being driven by Germany. This is why I’m currently critical of this image portraying Germany as a pioneer.

Because everything gets much cheaper, people charge ahead even though there is no real policy support. This makes me optimistic on the whole. But politicians need to get their act together in order to create an overall system that makes sense. We have spent billions on the nuclear exit and now spend billions on a coal exit – all that money goes to cushioning the effects of yesterday’s technologies, and into the pockets of those who try to slow progress. Why don’t we have a proper digitalisation summit, for example? Investing, say, one billion euros in order to digitalise some chains would inject so much more efficiency into the system.

Another topic that drives me slightly mad here in Germany concerns electric mobility, with the industry calling for grid investments worth billions, which is total nonsense because most cars are only on the move for two hours per day at most, and total power consumption will rise no more than ten percent due to electric mobility. If you manage steering intelligently, the existing grid will be able to handle that easily. Even if many people plug their e-cars into the grid at the same time after work, there is no reason why they should all charge at the same time.

Turning to your business - Do you consider utilities mainly as competitors or as potential clients?

As far as utilities are concerned, they are potential clients for us, rather than competitors. We have implemented projects with E.ON and EnBW. We can help companies like E.ON to reinvent themselves, become greener, and create additional value for retail clients. In the old days, utilities also bought software systems from SAP and others instead of developing it alone. What is changing radically now is the extreme decentralisation of renewable power production – the power no longer comes from only one or two central power stations or the power exchange, but in Germany from 1.7 million PV arrays. This creates efficiency and scaling issues when it comes to running the system in a highly automated fashion. This requires entirely different processes, because the traditional system of selling power to end customers is based on yearly meter readings and bills. Today, you need readings at least in a 15 minute interval. And if you really want to exploit flexibilities, you even need to go down to 1-minute intervals to be able to trigger trades. Just in terms of data volumes, that’s an increase by a factor of half a million, which requires a very decisive IT knowhow that is simply not present in companies with a power trade background.

What is changing radically now is the extreme decentralisation of renewable power production – the power no longer comes from only one or two central power stations or the power exchange, but in Germany from 1.7 million PV arrays.

Could you explain the difference between your company’s business model and similar approaches by other start-ups, for example the SonnenCommunity, which offers battery owners the possibility to share self-produced renewable power?

We enable others to implement their business models. In such a sense Sonnen could be a client. We offer the software that companies like Sonnen require to offer services such as the sonnenCommunity. For example, EnBW established their Solar+ community based on our software. Companies offering such services don’t do everything themselves. We also collaborate with a battery producer calling itself the world’s largest in that particular segment.

What are the next milestones for your company?

There are two: Firstly, we want to establish the model much more firmly this year, meaning we aim for significant growth in the number of end customers using our software. Secondly, we are working hard on two foreign markets: Great Britain and Spain. We already have several smaller projects in the UK, but I would rather classify them as preliminary. We want to implement a large and significant project in one of these two countries – that’s currently under discussion. But Germany remains our focus. Power markets remain very country-specific with very different regulations, which requires significant software adaptations and creates relatively high entry barriers for energy platforms like ours. This is why we have clear target areas and work in cooperation with partners. However, we worked hard to decouple a common framework for our software from the local integration and tailoring, creating an attractive proposition for some of our customers operating in multiple countries.

The UK is also very interesting for us because there, renewable support payments for new installations will end on 1 April this year. This might offer us the chance to enable a route to market for the exported electricity, for example for a roof-mounted PV installation, according to the new Smart Export Guarantee (SEG) obligations under consideration by the Department for Business, Energy & Industrial Strategy (BEIS). This might offer us the chance to manage so-called micro power purchasing agreements (PPA). This is why the UK is exciting for us – we can gain experience that could become very relevant in Germany two years later, when many renewable systems will reach the end of their feed-in tariffs here. Secondly, the UK is very interesting because they have a much more flexible grid fee structure than we have in Germany. It makes a big difference there when you use your power, which means you can offer very attractive tariffs, for example by managing a battery so it’s already full when power is expensive, and vice versa. This can be translated into financial benefits for end customers, all of which is much more difficult in Germany because flexibility doesn’t play any role at the moment. It doesn’t make any difference how far power has to be transported, or when it is used. This is why grid operators have no incentive whatsoever to introduce some kind of intelligence in order to avoid grid extension and building new infrastructure.

What does the end of Germany’s renewable support payments for renewable installations beginning in 2021 mean for your company?

I’m very curious to see what marketing models will emerge. We’re already in discussions with a whole number of possible partners. We do expect a boost for our model because of much stronger demand for buying and selling power locally.

Energy is not a particularly friendly sector for start-ups because it’s heavily constrained by regulation. That makes it difficult to find a niche, and also to grow.

What’s the biggest hurdle for your company’s growth prospects?

Household power prices are entirely driven by fees and taxes, except about ten percent which is the wholesale power price. In order to get intelligence into the system which will also reduce total costs, this huge baggage of costs must become more flexible – in general, we must add a temporal and a local component to power prices. That’s not easy from a regulator’s point of view, and there will always be winners and losers, but this is the nut we need to crack. Grid fees are the obvious point to start. There must be some kind of reward for relieving the grid. That’s the great challenge for policy - to set the right conditions that can enable this. Looking into other markets such as the UK or Australia can provide valuable ideas.

What do you make of the blockchain technology? Is this only a hype or will it become a main pillar of energy transactions in the future?

So far, we use blockchain only in isolated projects. It’s a highly interesting technology, but we’re still at the point of finding out where it can be applied most effectively, and fulfil promises of lower costs and higher transparency. It’s very hard to say whether blockchain will become a big thing or not – I would say there is a 50/50 chance.

What would you consider a friendly environment for energy transition start-ups? What does Germany have to offer?

In general, energy is not a particularly friendly sector for start-ups because it’s heavily constrained by regulation. That makes it difficult to find a niche, and also to grow. But in the international comparison, Germany offers fairly good conditions. There are quite a few energy start-ups, and many are quite good at what they do. The energy transition has really shaken things up, offering a lot of new opportunities. In its early stages, many start-ups focused on hardware such as PV modules, but most no longer exist. This has shifted to new models, mainly involving digital technologies.

Electricity storage is next feat for Germany’s energy transition