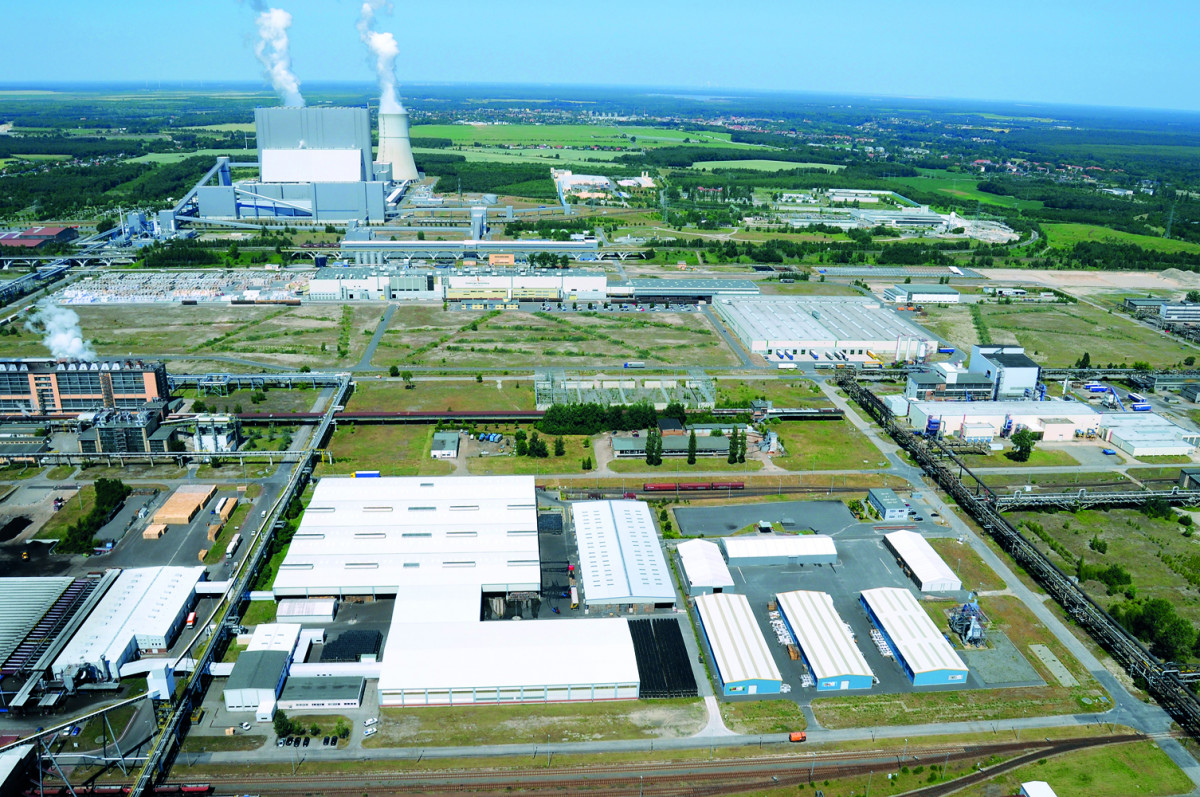 The Industriepark Schwarze Pumpe on the border of eastern German states Brandenburg and Saxony is set to become a business location for Germany's energy future. Photo: LMBV/Radke.

Eastern German coal mining regions have welcomed draft legislation to support the states most affected by plans to phase out the fossil fuel by 2038 at the latest. The economy ministry presented an "investment law for coal regions" and other legislation ten days before crucial elections in eastern German coal states Saxony and Brandenburg. The laws would provide the two states with billions of euros to boost their economy, for example through infrastructure investments.

The state premiers of Brandenburg and Saxony, Dietmar Woidke (SPD) and Michael Kretschmer (CDU) have welcomed a draft law to support coal regions during the phase-out of the fossil fuel. A little over a week ahead of elections in the two eastern German states, the German economy and energy ministry (BMWi) had presented the draft legislation.

"We have waited for it for a long time," Kretschmer told news agency dpa and called the draft "an important milestone for a successful structural transition". Woidke said "we have fought hard for this and it has paid off”.

Germany has officially set in motion the gradual withdrawal from coal, joining other major economies in the global farewell to the climate-damaging fossil fuel. Based on the coal commission recommendations to end coal-fired power generation in Germany by 2038 at the latest, the economy ministry had presented the key points of structural economic support for coal regions already in May. The federal government will provide the regions with up to 40 billion euros over the next 20 years. In a second step, the government must still develop a coal exit law which lays out a path for plant shutdowns, and deals with possible compensation claims by operators for taking their facilities off the grid earlier than planned.

Of an announced 14 billion euros “for particularly important investments”, 43 percent will go to the states' Lusatia lignite mining region. "The regions can use the financial support to boost the economy in a wide range of areas, such as business-related infrastructure, improving public transport, broadband and mobility infrastructure, environmental protection and landscape management,” writes the ministry. The government has previously said it intends to support regions with an additional 26 billion euros for certain investments in transport and research infrastructure.

Local utility association VKU head Katherina Reiche said the draft legislation is a "long overdue signal" to affected people in the regions. She criticised that the date of entry into force is linked to the announcement of a coal exit law, which is still being drafted by the government. "It's clear that structural support has to come before the coal exit," said Reiche.

Energy industry association BDEW head Stefan Kapferer said that "equally as important as" the coal region support legislation is the fast initiation of steps to implement the energy policy aspects on the coal commission's recommendations. "In order to guarantee security of supply beyond 2023, we urgently need incentives for the expansion of secured capacity in the form of low-emission power plants. In addition, proposals on how renewable energies should be increased to 65 percent by 2030 are absolutely necessary," said Kapferer.

A stakeholder consultation process – meant to give interested groups a chance to comment on and influence the legislation – has been cut extremely short. In an e-mail, the economy ministry asks associations to assess and comment on the 50-page document within less than 24 hours. The draft will now go into inter-ministerial coordination, and could be decided by the cabinet as early as 28 August.