The share of new electric vehicle registrations in Germany reached a new record in August. The number of new purely electric vehicles (BEV) rose 220 percent from last year, to 16,076 vehicles. Their total share is now 6.4 percent, the country's Federal Motor Transport Authority KBA said in a press release. Registrations of hybrid cars rose 130 percent to 46,188 vehicles, resulting in a share of 18.4 percent. Of these, 17,095 cars were plug-ins (PHEV) – an increase of 450 percent to a total share of 6.8 percent. Overall, new car registrations dropped 20 percent to 251,044. Forty-seven percent of these were petrol cars, and around 28 percent had a diesel engine.

The Centre of Automotive Management (CAM) forecast that 250,000 electric vehicles, which includes BEV and PHEV, will be registered in Germany this year – an increase of 130 percent which would result in a share of 8.9 percent. "In 2020, electric mobility in Germany will benefit considerably from the federal government's innovation premium, which has increased the price competitiveness of e-vehicles and also raised the acceptance of e-mobility," said the institute's head Stefan Bratzel. "However, the automobile manufacturers and the German government must ensure that plug-in hybrids make a positive contribution to climate and environment not only on paper but also on the road," he added.

Recent tests by environmental NGO Environmental Action Germany (DUH) have revealed that many hybrid vehicles' emissions can far exceed those stated by the carmakers when driven with a combustion engine. Many activists also lament that a large number of plug-in company cars are rarely driven in electric mode because users continue to use their company petrol credit card. 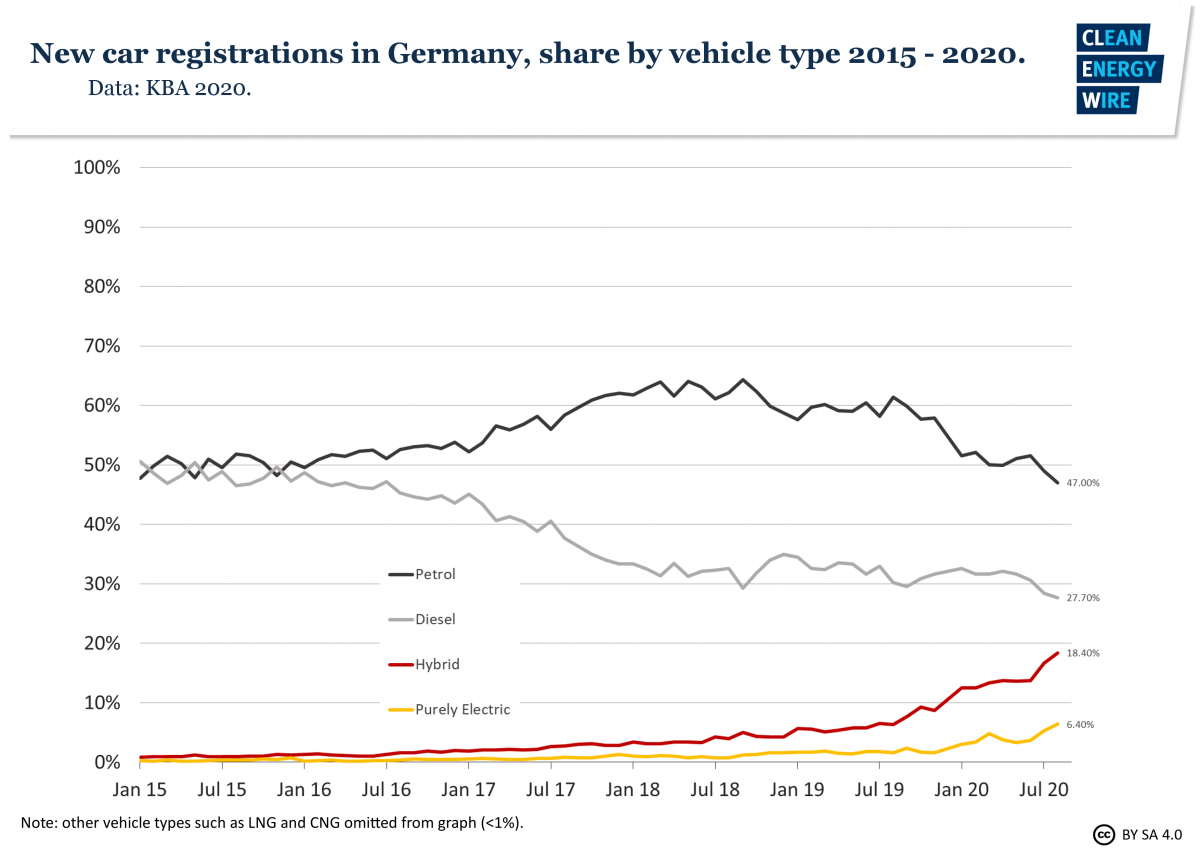