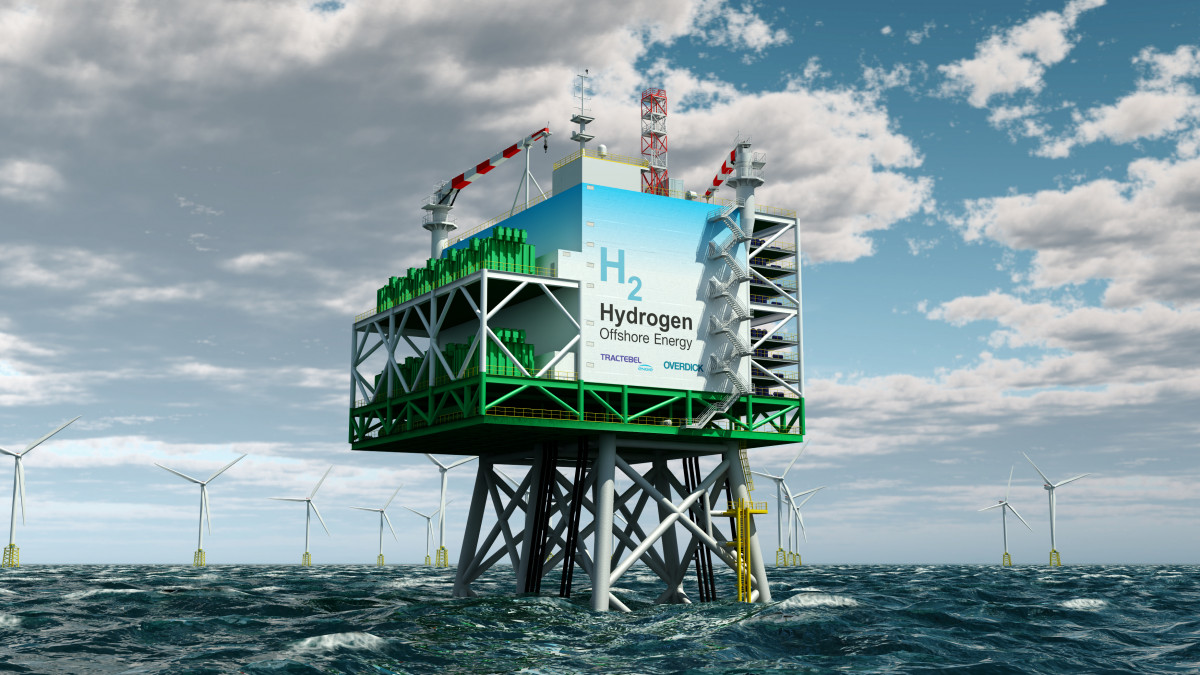 The European Union wants to establish itself as the world leader in hydrogen technologies and will focus on ramping up electrolyser capacities in the next four years. According to the European Commission's hydrogen strategy, the bloc aims to create a multi billion euro market by 2050 that will support up to 1 million jobs and will help to reach greenhouse gas reduction targets in sectors that are otherwise hard to decarbonise. German heavy industry welcomed the EU's approach, but environmentalists and the renewable industry criticised that the strategy included hydrogen made on the basis of fossil fuels.

"The current crisis gives us the opportunity to significantly advance Europe's transformation into a leading market for digital, sustainable and climate-friendly technologies. In this context, hydrogen plays a crucial role," German energy minister Peter Altmaier said.

The Commission paper lays down a three-step plan, which starts with construction of electrolysers to produce green hydrogen for use in industries (steel, chemicals, refineries) up until 2024, followed by the creation of local hydrogen production hotspots, which will be linked to industrial users and buildings in so-called “hydrogen valleys”, by 2030. With increasing demand, these hotspots will be joined to create the backbone of a large European hydrogen infrastructure. Lastly, clean hydrogen technologies will reach maturity and are to be utilised at a large scale in heavy industry, such as steelmaking, between 2030 and 2050.

The Commission also published its strategy for an integrated energy system, which includes a revision of the energy tax directive and suggestions to expand the carbon market and scrap fossil energy subsidies in member states.

To pay for it all, Brussels suggests the use of a tendering system for carbon contracts for difference (CCfD). “Such a long term contract with a public counterpart would remunerate the investor by paying the difference between the CO2 strike price and the actual CO2 price, bridging the cost gap compared to conventional hydrogen production,” the strategy says. Other options are quotas to promote renewable hydrogen.

But while Brussels is open to the production of (blue) hydrogen from natural gas in combination with carbon capture and storage (CCS), Germany’s strategy stipulates that "only hydrogen produced on the basis of renewable energies ('green' hydrogen) is sustainable in the long term." Hydrogen made with natural gas using CCS is highly controversial in Germany and is only to be used "on a transitional basis," the country's strategy said.

The Federation of German Industries (BDI) welcomed the EU strategy and highlighted in its own position paper that the bloc can now “set standards in international hydrogen trade” and should aim to “play a key role in redefining the global energy landscape”. Unlike the German government, the lobby group doesn’t want to exclude the use of blue hydrogen as much as possible, but argues that the category of “climate neutral gases” should include both renewable and decarbonised gases since the latter is needed to achieve short-term industrial scale post Covid-19.

Both the BDI and the German Association of Energy and Water Industries (BDEW) are calling for a quick implementation of hydrogen certificates of origin to ensure a level playing field for trading the new commodity. German industry and energy companies are keen to start hydrogen-related business models, with Thyssenkrupp and E.ON announcing plans to connect their electrolysers and power grid last week.

German renewables association BEE commented that the hydrogen strategy should be linked to a faster expansion of renewable energy sources, foregoing the alleged need for blue or grey hydrogen in the beginning. "A consistent approach must take into account the entire CO2 footprint of hydrogen products and for this reason allows only the promotion of green hydrogen," BEE president Simone Peter concluded.

In the fight against climate change, hydrogen made with renewable electricity is increasingly seen as a silver bullet for sectors with particularly stubborn emissions, such as heavy industry and aviation. Germany, which has set itself the target of becoming climate neutral by mid-century, has set out to become a global leader in the associated hydrogen technologies – not only to launch the next stages of its landmark energy transition, but also to secure a promising growth market for its internationally reputed industry.