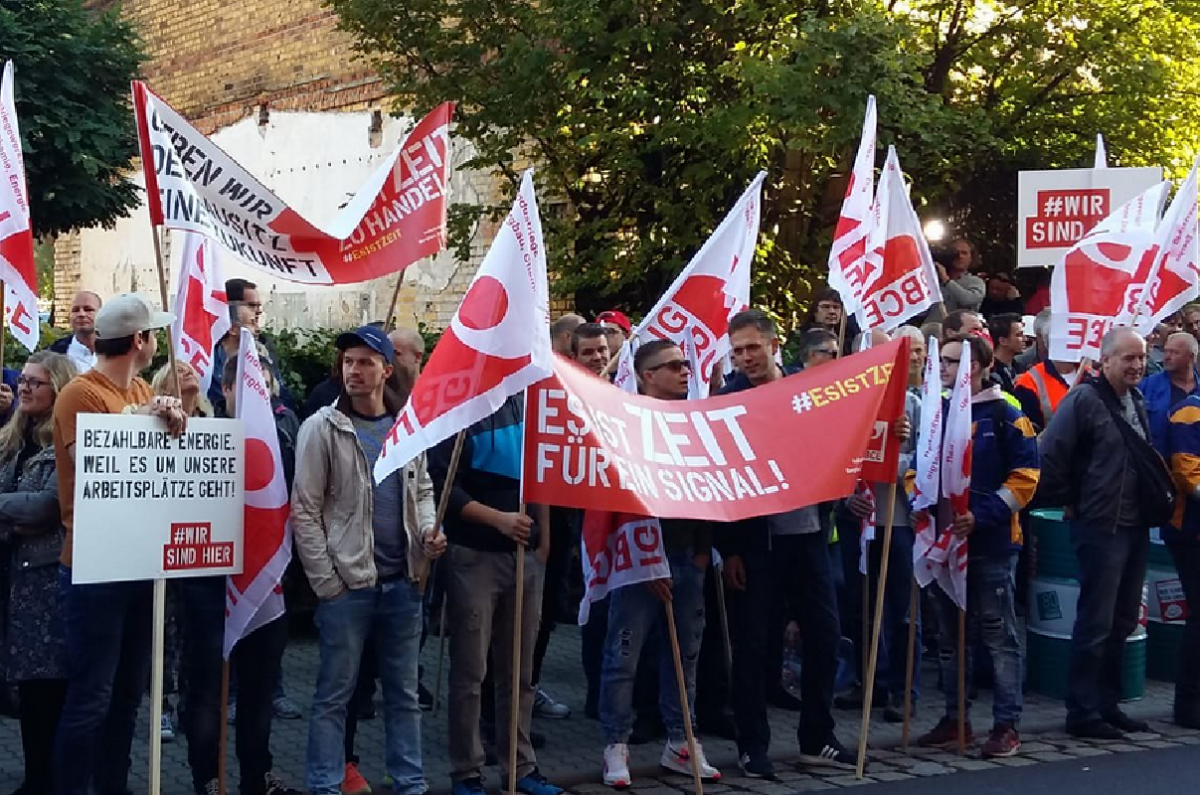 The elections in Germany's eastern federal states Saxony and Brandenburg have dealt a blow to the country's governing parties, CDU and SPD, and brought huge gains for the far-right AfD. Even though the climate change-denying right-wing party failed to reach its objective of becoming the strongest political force in either of the states, it scooped up most of the votes in Germany's eastern coal mining regions, where the governing parties have promised to invest billions of euros to cushion the effects of the country's planned coal exit. Meanwhile, the ascent of the Green Party in national polls is not reflected in overwhelming gains in the east.

The far-right Alternative for Germany (AfD) party has considerably increased its share of votes in east German state elections in Brandenburg and Saxony and landed a sweeping victory in the coal mining districts of Lusatia. Even though the party that rejects climate action and questions human influence on global warming failed to reach its objective of becoming the dominant political force in either of the regions, the AfD nearly doubled its support in Brandenburg to 23.5 percent and almost tripled it in Saxony to 27.5 percent (all figures preliminary). It performed particularly well in the economically deprived Lusatia coal mining region, which straddles both Brandenburg and Saxony, finishing as the strongest party in almost all of Lusatia's constituencies.

The elections in the eastern German states were partly seen as the local voters’ verdict on the German government's coal exit policies. A government-appointed commission earlier this year proposed that the country ends coal-fired power production no later than 2038 and gradually shuts down its lignite (brown coal) mines and power plants to reduce greenhouse gas emissions. Two of Germany's three remaining coal regions are located in eastern states, the Central German mining district and Lusatia, which together directly employ about 10,000 people.

The elections' results are seen as slap on the wrist for Germany's federal government, consisting of the conservative Christian Democrats (CDU) and the Social Democrats (SPD), as the coalition parties were able to maintain their leading positions. It has not made a premature end of the grand coalition more likely and for the time being allows the government of Chancellor Angela Merkel to continue with important forthcoming climate legislation, which Merkel has said will be announced on 20 September.

Facts on the German state elections in Saxony

Facts on the German state elections in Brandenburg

Shortly before the elections, the federal government coalition, adopted a law that would bestow up to 40 billion euros upon coal regions over the next years to cushion the effects of a coal exit and prepare local economies for a post-coal era. From the onset of the coal exit commission's negotiations, Germany's government had been eager to point out that climate action could only be one aspect of national coal policy and sought to reassure coal workers and other sceptical voters in the affected regions that finding viable alternatives to mining would have to be a priority.

But the government's financial promises did not prevent these parties from incurring considerable losses.While the SPD was able to retain its lead in Brandenburg with 26.2 percent and the CDU successfully defended its leading position in Saxony by garnering 32.1 percent of the vote, both parties performed markedly worse than in the previous state elections in 2014. The results are poised to leave the SPD and the CDU with difficult coalition building negotiations, as both have ruled out working together with the AfD and now must consolidate a stable majority in alliances that are likely to involve more than two parties.

Also, the Left Party lost considerably in the eastern elections, halving its share of the vote to around 10 percent in both of the former communist regions that previosuly were considered to be among their strongholds. The pro-business Free Democratic Party (FDP) failed to surpass the five percent threshold in Brandenburg and Saxony and again will not be represented in the two states' parliaments at all. In Brandenburg, the Free Voters (Freie Wähler) party entered parliament for the first time.

The Green Party was able to improve its position in both states but failed to perform as strongly as it did in the European elections. The results -- 10.8 percent in Brandenburg and 8.6 percent in Saxony -- pour cold water on the Greens' aspirations to become a leading political force across the whole country, even though the conservationist party continues to poll strongly in national surveys. Despite not gaining as much in the eastern state elections as some in the party might have hoped, the Green Party could still end up being a part of a new government coalition both in Brandenburg and in Saxony, as the leading SPD in Brandenburg and the CDU in Saxony are in need of new partners.

Ursula Nonnemacher, leading candidate of the Greens in Brandenburg, said her party had "a difficult standing" in Lusatia. She said her party would have a chance to prove that it cares about coal workers' interests in the region if it focuses on better infrastructure and structural economic support amid the phase-out of coal power, should it be part of a new government coalition that is likely to be led by the SPD. In Saxony, forging a coalition between the CDU and the Greens could be more difficult. Before the elections, Green Party leader Robert Habeck said about the state's conservatives that "we've long been opponents and our political overlap equals zero." Yet, Habeck said a coalition with the CDU would still be possible.

For Arne Jungjohann, political analyst at the Green Party-affiliated think tank Green Academy, it seems likely that the party will end up being in a government coalition in both states. "This could accelerate Germany’s coal phaseout on the ground as the Green Party announced joining a coalition only if further expansion of lignite mining is stopped," he told Clean Energy Wire. This, Jungjohann said, would likely add further difficulties to any coalition negotiations. The Greens could be expected to claim the energy and climate portfolio, he added, arguing that the CDU as well as the SPD now would have to stop beating around the bush on coal anyway. "The coal phaseout law is overdue. Now that Saxony and Brandenburg have voted, the federal government should act swiftly."