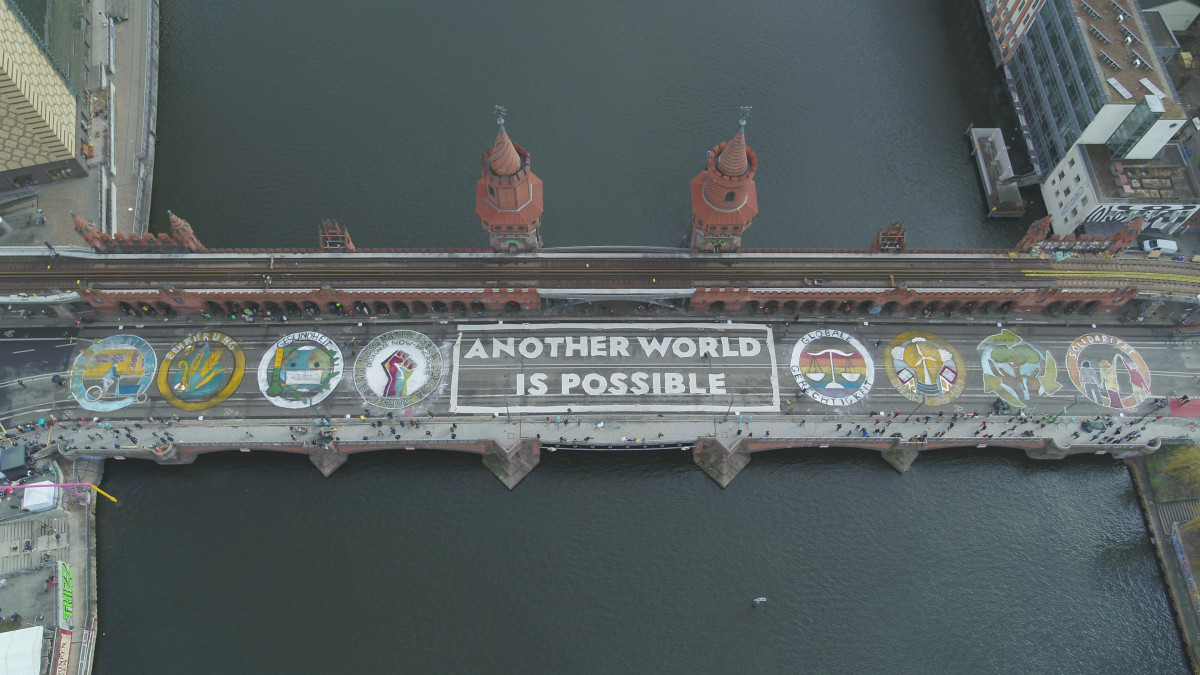 Climate activists from the Fridays for Future movement across the world took to the streets on Friday for their seventh Global Climate Strike. In a year of multiple state elections and a federal election for Germany, activists in over 210 German cities were demanding climate policies that conform to the 1.5°C limit in global warming and also an immediate phase-out from natural gas.

“The climate issue shouldn’t be made electable”

[Please note: This article will be updated later today]

Fridays for Future youth climate activists were taking to the streets Friday in more than sixty countries worldwide for their seventh Global Climate Strike. In Germany, activists led by the Fridays for Future movement in over 210 cities held strikes in the midst of a “super election year”, with one federal and six state elections as well as the selection of a new Chancellor to succeed Angela Merkel. The activists’ slogan #AlleFür1Komma5 ("all for 1,5") referred to the strikes centrail goal, namely highlighting the importance of the 1.5°C global warming limit outlined in the Paris Agreement of 2015. In particular, the activists demanded a complete exit from coal by 2030 instead of the current 2038 and net-zero emissions in Germany by 2035, fifteen years earlier than currently planned. "Global emissions are higher today than before the Corona pandemic. Governments have broken their promises on climate protection and invested billions of public money in coal, oil and gas,” says Fridays for Future spokesperson Jördis Thümmler in a press release. “That is why we are all fighting for 1.5°C. A climate-just and liveable future is possible,” Thümmler adds. In light of the pandemic, many small-scale protests were planned, such as bicycle demos, sit-ins, chalk or art events, as well as ways to participate online. “It's one of the most creative and varied action years that we have had,” Line Niedeggen, a spokesperson of Fridays for Future Germany, told Clean Energy Wire.

Along with Fridays for Future, activists from the newly founded GasExit group protested in several cities across Germany. The group is demanding an immediate gas phase-out, saying that the climate crisis must under no circumstances be “further fueled by the burning of fossil raw materials. “Encrusted fossil structures are artificially kept alive with billions of euros," said activist Hannah Fried. She argued moneywould be better invested in the development of renewable energy. GasExit also demands a just transition in the heating sector, emphasizing that “tenants must not become the victim of failed climate policy.”

Some climate activists were hoping to extend their influence from street protests to inside parliament this year and run for a seat. However, in the state election in Baden-Württemberg at the beginning of March, the "Climate List", a new party formed by supporters of more radical climate action and close to the Fridays for Future movement, failed to lure away many voters from the Green Party. Fridays for Future, meanwhile, remains adamant about continuing to assert pressure in non-partisan ways. “The climate issue shouldn’t be made electable,” Niedeggen said. “It does not work if one party has a plan for 1.5 degrees, but we don’t have a strong coalition to make it happen. That is why we have to make sure all parties are in line with the Paris agreement,” the 24-year-old student said.

In September 2019, the youth climate movement got 1.4 million people in Germany out on the streets for a climate strike, inspired by then 15-year-old Swedish schoolgirl Greta Thunberg. Chancellor Merkel credited the movement for pushing the government to act more quickly and resolutely on its 2030 climate package. Despite the ongoing pandemic, German voters have identified climate as a key concern, and parties across the political spectrum have put sustainability at the heart of their programmes.