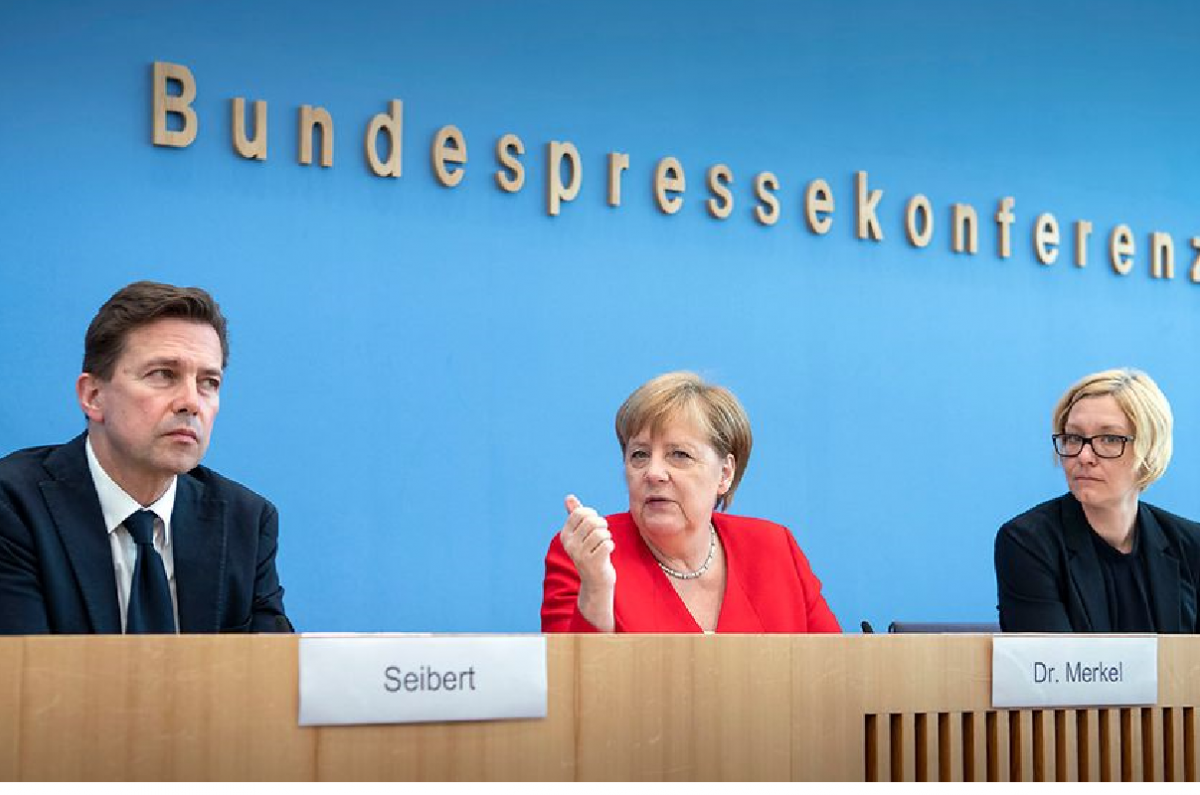 Chancellor Angela Merkel has backed the introduction of price on CO2 emissions as part of a package to reach the country’s 2030 climate targets. In her annual mid-year press conference, Merkel said experts had made a convincing case for a carbon price at the previous days’ climate cabinet meeting, though the discussions were ongoing. The cabinet will take the decision on the measures on 20. September, in time for the climate action summit to be hosted by UN Secretary-General António Guterres in New York. Merkel said Swedish climate activist Greta Thunberg and the Fridays for Future protest movement had prompted the government to speed up its decision-making process and act more resolutely.

Germany’s Chancellor Angela Merkel has backed the introduction of price on CO2 emissions as part of a package to reach the country’s 2030 climate targets. “I advocate such a price,” Merkel said during her annual mid-year press conference, adding that “new paths” had to be tried in order to reach future climate targets. The chancellor said in the meeting of Germany’s climate cabinet on the evening before the conference, experts again made a case for a carbon price as the most efficient tool for emissions reduction, though the discussions between relevant ministers were not yet finished.

She stressed that meeting Germany’s 2030 emissions reduction targets had a high priority for the government and that the climate cabinet would have the difficult task of laying the groundwork for more effective climate policy, as the apparent failure to reach the 2020 target has been a “weak point” of her government. Reaching the next reduction target was not at all up for the debate in the cabinet, Merkel said. But the way in which this can be achieved best and to what degree state intervention is necessary still are very contentious issues, she added.

Merkel’s government has set out to pass a climate action law this year, which will contain the steps needed to meet the 2030 target to reduce greenhouse gas emissions by 55 percent compared to 1990. After initial reluctance, the chancellor has thrown her weight behind the goal of a climate-neutral economy by 2050, which is backed by most countries in the European Union.

“We don’t want to earn any money but reduce emissions”

“The most efficient way to reach emissions reduction targets is a price on CO2”, she argued, adding that this would by no means serve as an additional source of income for the state. “We don’t want to earn any money but reduce emissions,” Merkel said.

A price on emissions would have to be accompanied by “social balance” measures, she argued. This for example would mean accounting for differences in the everyday life of people living in cities and those living in the countryside as well as for differences between neighbouring countries. “We want a high degree of predictability” with respect to the financial burden a carbon price would mean for individual citizens, Merkel said about the possible carbon pricing scheme.

An association of energy-intensive industries in Germany had warned the climate cabinet ahead of its meeting that a carbon price must not become a "job killer".

Germany’s environment minister Svenja Schulze said on Twitter that there had been "intensive discussions” within the climate cabinet on 18 June.” There's still a lot of work ahead of us. I agree with all the advisors of the various ministries that we will hardly reach our climate targets without a socially fair CO2 price." Ahead of the meeting, Schulze had also proposed other measures to combat reduce the country's greenhouse gas output, notably a higher tax on airline tickets to tackle this fast-growing source of emissions.

In a survey among economist by German research institute Ifo published the day after the meeting, most respondents said expanding emissions trading under the European ETS would be their favourite way of introducing a comprehensive carbon price. The ETS so far only exists for energy and industry emissions and would have to be expanded to heating, transport and agriculture to cover all relevant sources of CO2 emissions. A tax on carbon was the second most popular form of a CO2 price for the 160 participating economists, which most said would be easier to implement than an expansion of emissions trading.

Merkel acknowledged that Swedish climate activist Greta Thunberg and the Fridays for Future student protest movement have pushed the government to speed up its decision-making process and act more resolutely. “They’ve accelerated our actions,” Merkel said, but added that also the “unusual weather patterns” Germany have seen last year had “woken up” many people. A prolonged drought and heatwaves had gripped Germany and Europe in 2018, catapulting climate change to the top of political concerns of many voters.

School strike week 48. The climate crisis doesn’t go on summer holiday, and neither will we. Many thousands out in Berlin today. Thank you all!! #fridaysforfuture #schoolstrike4climate #climatestrike pic.twitter.com/BZR5Qnu7x7

Just a few blocks away from Merkel’s media conference, Greta Thunberg addressed thousands of students of the Fridays for Future movement at a climate protest event in Berlin. The “climate crisis doesn’t go on summer holiday, and neither will we”, Thunberg wrote on Twitter. She urged to keep up the pressure on politicians to act now to “save the living conditions for humankind”.

Meanwhile, Merkel cast aside allegations that her governments was staving off climate protesters with vague timetables. She said the cabinet would take a decision about the measures on 20. September, a “decisive day” for German climate policy. This means the possibly crucial decision for Germany’s emissions reduction path would arrive just in time for the climate action summit UN Secretary-General António Guterres will host in New York. At the same time, the government was working on putting the coal exit commission’s proposals into law by September and a coal reduction path before the end of the year.