German energy minister wants round table on future of coal 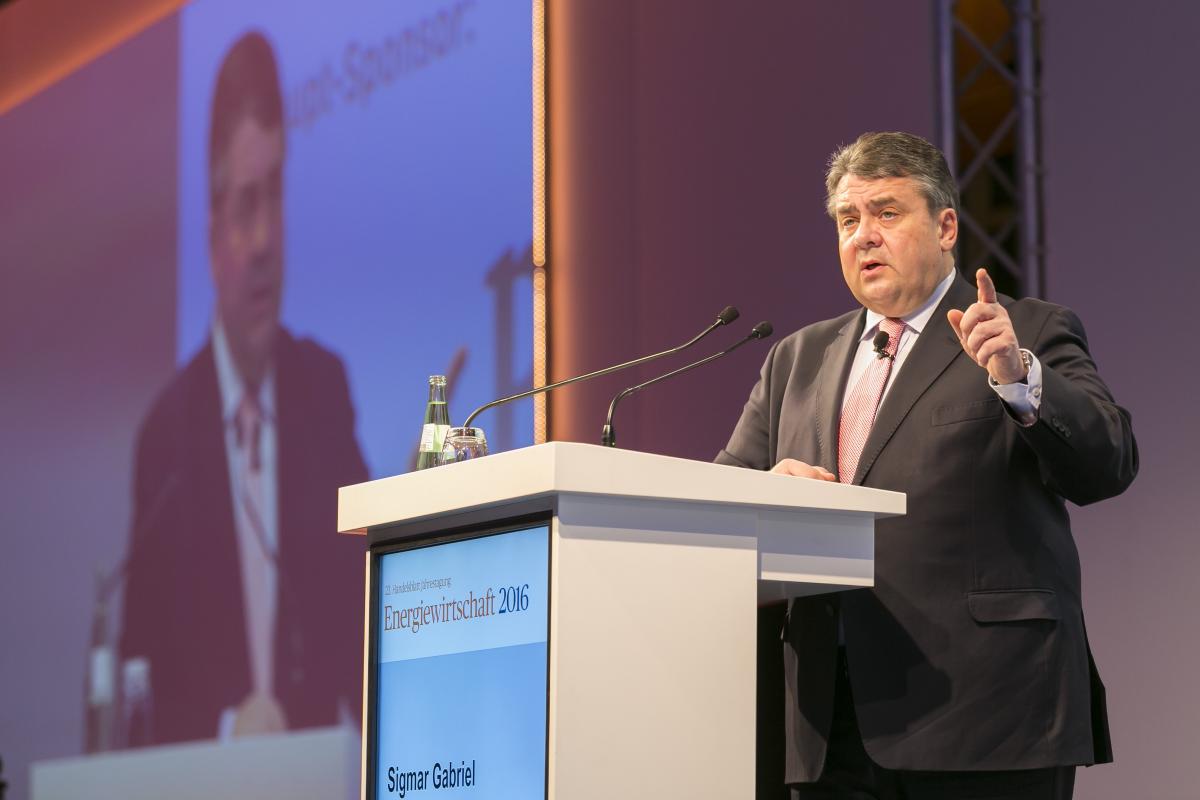 Germany should avoid “political and public earthquakes” in the coal exit debate, said Energy Minister Sigmar Gabriel in Berlin. Photo: © EUROFORUM/Dietmar Gust
Germany’s energy minister Sigmar Gabriel wants to establish a round table on the future of coal in the country of the Energiewende this year. He said only factual discussions, rather than emotional debates, could provide the long-term solution needed by stakeholders. Major utility RWE claimed there was no need for such a debate, while unions called for a commission to provide a plan for a socially sustainable reduction of lignite coal.

Energy minister Gabriel said talks about the future of coal could not be determined solely by the issue of climate protection. Discussions also need to take into account many other issues, such as supply security and affordability. This is why the talks should incorporate many players, including representatives from the power sector.

Only a factual debate with all stakeholders could provide long-term solutions, Gabriel said. Germany should avoid “political and public earthquakes”.

“I have resolved to do this, instead of letting things slide,” Gabriel said on Tuesday at business daily Handelsblatt's annual energy industry congress. “We have to make sure that we have this debate with all parties involved.”

The widely celebrated Paris Agreement has intensified the debate about how Germany can achieve its endangered climate targets. Think tank Agora Energiewende argued last week that Germany needed a round table to organise a coal phase-out by 2040.

Gabriel said it was too early to develop masterplans for 2050 because they were often mainly determined by ideology. “Sometimes I’m quite happy to know what is going to happen next year. This is why I ask the parties involved to start talks, without promising yet more masterplans.”

Gabriel said his remarks should not be interpreted as a rejection of Agora's proposals. But he did not contradict when the moderator said his comments suggested a certain "reservation" regarding the study.

The government aims to pass a Climate Protection Plan 2050 by mid-2016. It should provide a "solid basis for decarbonising the economy”, according to the environment ministry. Many climate activists and some government officials say it should contain details on how Germany will phase-out coal, particularly since the country is set to miss its climate targets for 2020. But industry representatives have called for the plan to be dropped.

RWE COO Rolf Martin Schmitz immediately rejected the idea of a round table, arguing there was "no need" for it. But he added he was pleased Gabriel wanted a discussion on a coal exit, rather than a masterplan.

Schmitz also said it did not make sense to discuss a coal exit because the government’s plans for the future power market design would not work given low electricity prices. He argued these would not offer enough incentives to add necessary capacities to the power market.

In contrast, Greenpeace energy expert Tobias Münchmeyer welcomed Gabriel's announcement. "With a socially acceptable coal exit by 2040 at the latest, the German government can show it takes the Paris Climate Agreement seriously", he said in a statement.

DGB, the umbrella association for German unions, called for a commission to formulate a plan for a socially sustainable reduction of lignite coal, according to a report in Frankfurter Rundschau.

Gabriel said he was not prepared to talk about a coal phase-out in the Eastern German mining region of Lusatia without offering a perspective for the future. “Whoever wants to talk about an exit in Lusatia, must also stand up for well-paid jobs in the region.”

He also reminded his audience, mainly consisting of business representatives from the power sector, that Germany’s climate targets required action in many other areas, not just power. He said the pressure on the power sector was increasing, while it remained low in transport and agriculture, among others.

Gabriel said more effort should be made to get the European Emissions Trading System (ETS) on track. He said it was difficult to understand why we need national plans despite the fact there was broad agreement that the ETS was a better instrument to achieve climate targets.  Gabriel said fixing the ETS should be the first priority, followed by a national discussion about how to achieve Germany’s climate targets.

Environment minister Barbara Hendricks, who fought for a strong climate agreement in Paris and is scheduled to speak at the Handelsblatt energy conference on Wednesday, has said Germany is capable of exiting lignite-fired power generation by 2040. Polls in 2015 found that a majority of Germans are in favour of a coal phase-out.