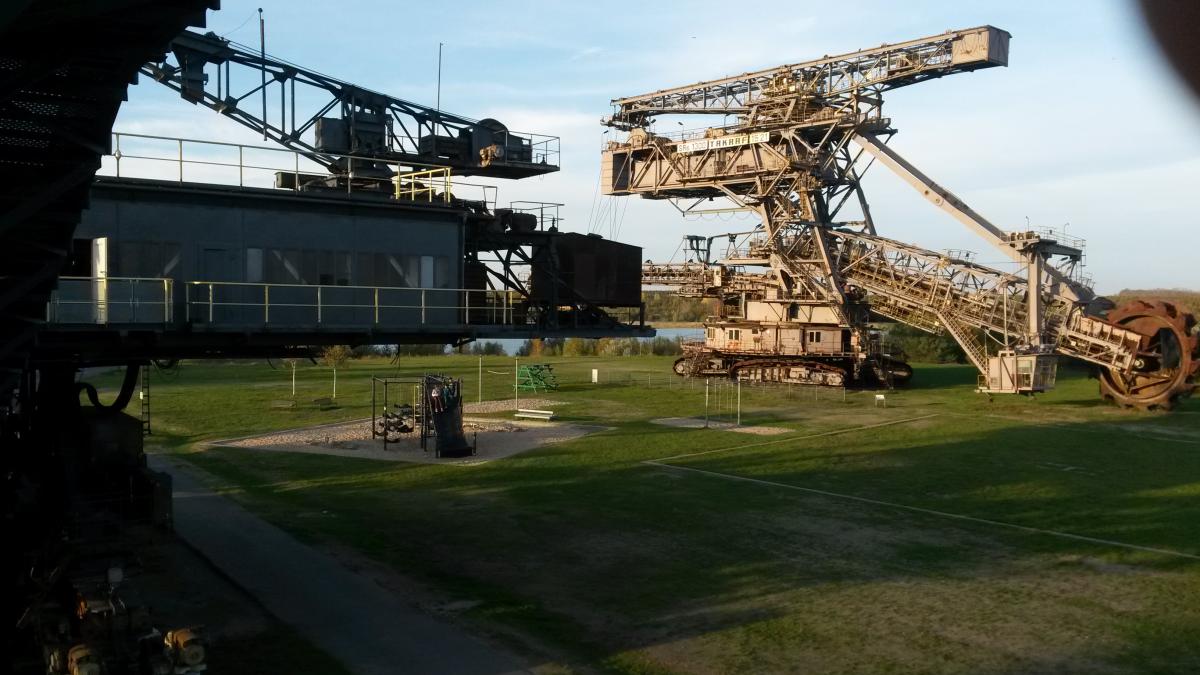 If the Bundesnetzagentur’s assumptions become a reality, more German lignite-mining operations could go the way of mines at Gräfenhainichen which were shut down in 1991. Foto: Eva Freundorfer, CLEW.
Analysts have welcomed a new planning framework for the German grid that works on the basis of less lignite being burned in Germany, saying grid development must serve the country’s climate targets.

Germany's grid regulator, the Bundesnetzagentur, has adapted the scenarios used to plan future grid development, to assume less use of large lignite-fired power plants. Experts and environmentalists applauded the changes as necessary in support of the government’s latest re-commitment to climate protection targets.

Despite Germany’s ambitious CO2-reduction targets, a first draft of the framework presented by grid operators in April 2014 worked on the assumption that lignite would be kept in the energy mix, and that two more power stations burning this most carbon-heavy of fossil fuels would be added in the coming years.

Since Germany set its current greenhouse gas reduction targets of 40 percent fewer emissions in 2020 compared to 1990, the country’s move towards a low-carbon economy while phasing out nuclear energy – known as the Energiewende or energy transition – has seen a surge in the share of renewable power in the energy mix.

The national transmission grid, operated by four large transmission grid operators (TSOs) must adapt to this new energy landscape. One of the major challenges comes as a result of the bulk of renewable power generation being concentrated in the north of the country, while demand from business and industry is greatest in the south and west.

At least every three years, the TSOs compile a draft scenario framework to plan grid operation and development, detailing various possible trajectories of power generation, technologies used and electricity demand over the next 10 to 15 years. The latest 2025 framework was approved by the Bundesnetzagentur in December 2014.

The German Institute for Economic Research (DIW) released a report last week on the role of grid planning in cutting emissions, saying that “grid expansion should not only be about securing supply but should also serve to help meet climate targets.”

The report’s co-author Christian von Hirschhausen called the revised framework a “major u-turn”. In an interview published by DIW, Hirschhausen explained that for the first time, the grid agency has specified sectoral climate targets for grid development. This resulted in the removal of new lignite-fired power plants from the draft scenarios, with the number of lignite-fired generation units reduced from around 65 to around 35.

Compared to a first draft of the scenario framework from April 2014, lignite capacity was assumed to be up to 7 gigawatt less in 2025, meaning that one third of the current lignite-based generating capacity would be cut, DIW researchers calculated.

The scenarios assume a limited lifespan for power stations currently in operation. A spokesman for RWE – which operates several lignite-burning plants in North-Rhine Westphalia, many of them more than 35 years old – told the Rheinische Post the company considered the scenarios unlikely as it had invested heavily in the modernisation of its lignite plants, meaning they could operate for longer.

But the DIW said the Bundesnetzagentur worked on the basis of a fixed service-life of 50 years for all lignite plants, rejecting the TSOs' assumption in the previous draft that the service-life of lignite-burning plants would be extended in relation to the duration for which lignite-mining has been approved in Germany.

Oliver Krischer, deputy leader of the Green Party parliamentary group in the Bundestag, also welcomed the new grid-planning scenarios. “The list of power stations published with the framework shows that in order to achieve climate protection targets and get rid of over-capacity, ancient power stations must be taken offline step by step,” he told the Clean Energy Wire.