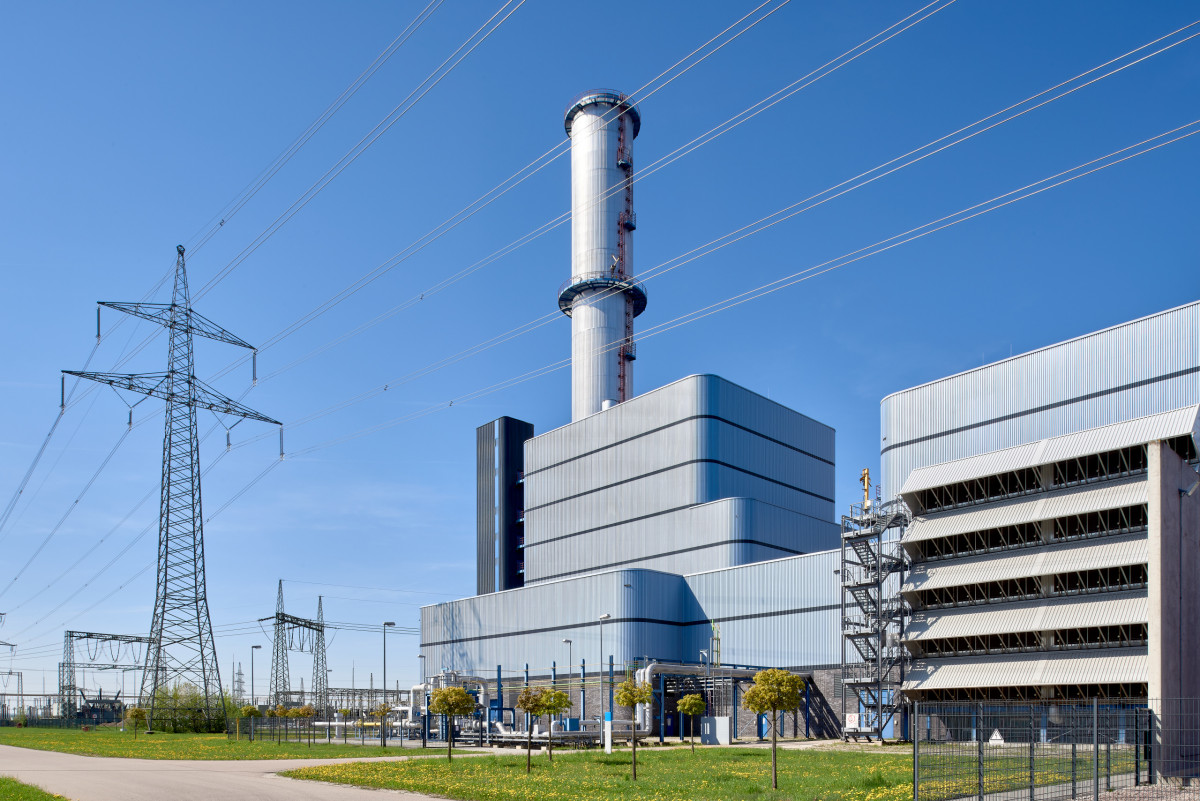 Economy minister Robert Habeck and environment minister Steffi Lemke have reiterated Germany’s opposition to labelling nuclear power as a sustainable activity, but did not react to provisions on gas projects the European Commission adopted on 2 February. Lukas Köhler, vice-chair of the governing FDP’s parliamentary group, welcomed the decision to include gas in the EU taxonomy for sustainable investments and said it was a success of the government coalition that certain requirements for new gas plants have been softened compared to an earlier draft. Utility associations highlighted the need for gas plants in the energy transition, and criticised that the sustainability criteria proposed by the Commission would be almost impossible to fulfil. This article compiles reactions from German politicians, business representatives, scientists and NGOs to the Commission’s proposal.

The German government has reiterated its opposition to putting a green label on nuclear power, but politicians from the governing coalition and utility associations welcomed the planned inclusion of certain gas projects in the EU taxonomy for sustainable investments.

“Like a number of other EU member states, the German government clearly rejects the inclusion of nuclear energy in the taxonomy,” said environment minister Steffi Lemke after the European Commission presented the final version of its technical amendments to the taxonomy on 2 February. Under it, investments in certain gas and nuclear power plants would be labelled as sustainable, a move that has laid bare differences among EU member states about the path to a decarbonised energy system.

Lemke and economy minister Robert Habeck, both from the Green Party, did not comment on provisions on gas in their joint press release. However, Lukas Köhler, vice-chair of the governing FDP’s parliamentary group, welcomed the decision to include gas as a transition fuel. He called the sustainability requirements for gas projects ambitious, and said that the removal of “unrealistic” targets for hydrogen blending, which had been included in the first draft a month earlier, is an “important success” by the German government coalition, which the FDP had pushed for.

The government will now assess the Commission’s proposal, said Lemke and Habeck. It is unclear whether Germany will oppose the act in its entirety once member states discuss it in the EU Council. At the final vote in the EU Council, Germany might ultimately abstain from a decision, news agency Reuters had reported earlier.

Q&A: EU sustainable finance taxonomy and the dispute about nuclear power and gas

Kerstin Andreae, head of utility lobby group BDEW, said Germany needs hydrogen-ready gas plants as it exits coal and thus welcomed that the Commission “has rightly recognised that investments in hydrogen-capable gas-fired power plants are absolutely necessary for the transition to a completely climate-neutral energy supply in the European Union.”

Most Germans do not agree with the idea that sustainable financial products should invest in nuclear and gas, said a survey commissioned by price comparison website verivox. Only 21 percent of about 1,000 respondents supported the Commission’s move to label the two technologies as sustainable.

The EU taxonomy is the centrepiece of a broader sustainable finance package that aims to better align the financial system with environmental, social and governmental (ESG) goals in policymaking. It is a classification scheme that establishes a hierarchy for investments according to their effect on the ESG goals. It is meant to serve as a “common language” for banks, insurance companies, businesses, governments and other investors to gauge the – positive or negative – sustainability impact of economic activities along widely accepted criteria.

A row over the sustainability of nuclear power and natural gas has emerged as the most controversial question the taxonomy has opened so far. Each member state of the European Union determines its own energy mix, so some countries pushed for the inclusion of nuclear in the taxonomy, others for natural gas as a transition technology.

The member state governments in the EU Council and the European Parliament now have four to six months to object to the act in its entirety, otherwise it takes effect. Another hurdle for the delegated act is possible legal action by EU member states like Austria once the act takes effect.

In a joint press release with environment minister Lemke, Habeck said the two had “repeatedly made clear that we think the inclusion of nuclear energy in the taxonomy is wrong.” He added: “The whole thing undermines the good concept of the taxonomy and runs counter to its goals.” The government would now debate how to deal with the Commission’s proposal. The two ministers, however, said the government should reject the proposal as “we don’t see changes that are necessary for us” compared to an earlier draft.

Lemke said she considers the act in its current form to be “a major mistake that will severely damage the taxonomy as a whole and endanger our climate targets.” She added the EU needed a credible sustainability standard for financial markets “that effectively prevents greenwashing” and directs the necessary investments to renewables expansion and a sustainable energy transition in general. “The Commission's decision means that for every additional billion that flows into nuclear power, there will be a billion less available for investments into the transition. For this reason, we need to ensure that the standard for European green bonds, which is currently under negotiation at EU level, will exclude nuclear power,” she said.

It is a “good decision” to include gas as a bridging technology in the taxonomy, said Lukas Köhler, vice-chair of the parliamentary group of the governing pro-business Free Democrats. “Coal phase-out in 2030 would otherwise be utopian,” he wrote on Twitter. He called the sustainability requirements for gas projects ambitious, and said that the removal of “unrealistic” targets for hydrogen blending, which had been included in the first draft, is an “important success” by the German government, which the FDP had pushed for.

Michael Bloss, climate spokesperson of the Greens group in the European Parliament

The Greens’ Bloss said the Commission is pursuing “an insane agenda” with its proposal. This “fraudulent labelling” for sustainable financial investments “is at the expense of the energy transition and investors,” he said, adding that the Greens would now do everything they can to stop the labelling in Parliament.

Andreae said Germany needs hydrogen-ready gas plants as it exits coal and thus welcomed that the Commission “has rightly recognised that investments in hydrogen-capable gas-fired power plants are absolutely necessary for the transition to a completely climate-neutral energy supply in the European Union.” She welcomed several changes compared to the earlier draft, such as the removal of interim steps for the share of CO2-free gases in power plants’ fuel mix, but said the requirements are still very ambitious.

BEE president Peter said neither nuclear power nor fossil gas power plants are sustainable. “On the contrary, they are costing us more money every year for nuclear waste disposal and climate damage,” she said. Both technologies had been a major cost driver in the recent past. “If the last few weeks have shown one thing, it is that renewable energies are cheaper than fossil and nuclear energy sources. On days with strong sunshine or wind, the electricity prices on the stock exchange fell considerably. Sending the wrong signal to the financial markets now misses the signs of the times to invest in climate-friendly and clean technologies.”

Liebing welcomed the removal of interim steps for the share of CO2-free gases in power plants’ fuel mix, which he said means more flexibility and makes the switch to hydrogen more feasible. “And yet, unfortunately, the concrete design of the delegated act makes the financing of necessary new power plants more difficult. Despite all the improvements, the proposed sustainability criteria are too restrictive from the point of view of the municipal sector and, overall, almost impossible to fulfil. This applies above all to the emission limits proposed by the Commission and to the capacity limits for new power plants,” he said.

Analyst Schroeten said the proposal makes a “mockery” of the Green Deal’s promise of a sustainable future, and highlights what he considers the German government’s central role in the decision: “The German government has prevailed with its demand to weaken the gas criteria. This is not worthy of a self-declared climate government.” To preserve the credibility of the taxonomy, the European Parliament must now object to the proposal.

Economist Kemfert called the proposal a “setback for climate action” in an interview with public broadcaster Dlf. “The fact that we are now investing in backward-looking technologies of the past is preventing us from making the transition. It is also holding us back again. These typical bridge technology debates always cost us at least ten years,” said Kemfert.

The decision downgrades the EU’s Green Deal to “mere greenwashing”, said Kaiser. “With this classification, the EU Commission contradicts scientific findings as well as the recommendations of its own experts. It sets back the energy transition in Germany by years.” Kaiser called on the German government to join Austria and Luxembourg in their plans to take legal action against the decision.

Immer called the proposal “state-imposed greenwashing” and said the German government supported this “decision that turns the taxonomy into a farce at the expense of the young generation.” Money that is urgently needed for renewable energies in the coming years can now flow into gas-fired power plants, which, contrary to the European Commission's claims, are not a bridging technology, Fridays for Future believes.

The Neue Osnabrücker Zeitung calls the European Commission’s decision a case of “false labelling” that greenlights technologies that cause more CO2 and methane emissions and hazardous nuclear waste. “That’s the Green Deal the EU is aiming for?,” the newspaper asks, adding that investors hopefully “will not fall for this sham” and put their money in truly sustainable projects.

The Frankfurter Rundschau comes to a similar conclusion: “This has not been about an objective assessment of climate and environmentally-friendly technologies but about industry and power politics,” the newspaper writes. Especially Germany and France have pushed hard for integrating their own energy strategies into the taxonomy, as France needs fresh money for its ageing nuclear plant fleet and Germany wants to create good business conditions for gas, which the self-styled “coalition for progress” has defined as a “bridge technology.”

The Frankfurter Allgemeine Zeitung, on the other hand, writes that criticism of the Commission’s course of action has taken “bizarre forms.” Opponents of gas and nuclear are right “in principle” that these are not sustainable technologies and “ideally” should not receive investments under that label. But the reality in the EU is far from being “ideal” and getting coal-heavy states like Poland to switch to gas would already be a major step forward. “This is even more true if, despite all reservations, states replace fossil fuels with nuclear power,” at least as far as emissions reduction is concerned. Likewise, the transition’s “poster child” Germany would need to use more gas for an interim period to have sufficient backup capacity on the way to a fully renewable system, the newspaper says. The dispute over the two technologies would reveal a major flaw of the taxonomy itself: “Investments cannot be classified objectively. This to a high degree remains within the scope of political preferences.”