Germany registers more than 20,000 pure electric cars in a month for first time

In reaction to the new registration data, the Centre of Automotive Management (CAM) increased its e-mobility forecast for this year. It said it expected 300,000 BEV and PHEV to be registered, up from a previous forecast of 150,000. "The year 2020 marks a turning point for electric mobility, with new registrations in double digits for the first time," said the CAM's head, Stefan Bratzel. "The German government's innovation premium, which has increased the price competitiveness of e-vehicles and additionally raised the acceptance of e-mobility, is a major factor in this development." But he warned that the density and reliability of charging infrastructure remained a hurdle in the medium term.

Registrations of cars equipped with a petrol engine declined almost 18 percent to 120,645, but their share remained high at 45.5 percent. Diesel registrations fell 6.4 percent to 67,901, a share of 25.6 percent. Average CO2 emissions fell 13 percent compared to a year ago, to 134,3 grams per kilometre. The take-up of electric vehicles has been slow in Germany in comparison to many other markets. But thanks to new government incentives, registrations have picked up sharply in recent months. Germany has been struggling to lower emissions in the transport sector, which have remained broadly stable for decades as gains from more efficient engines have been eaten up by heavier cars. 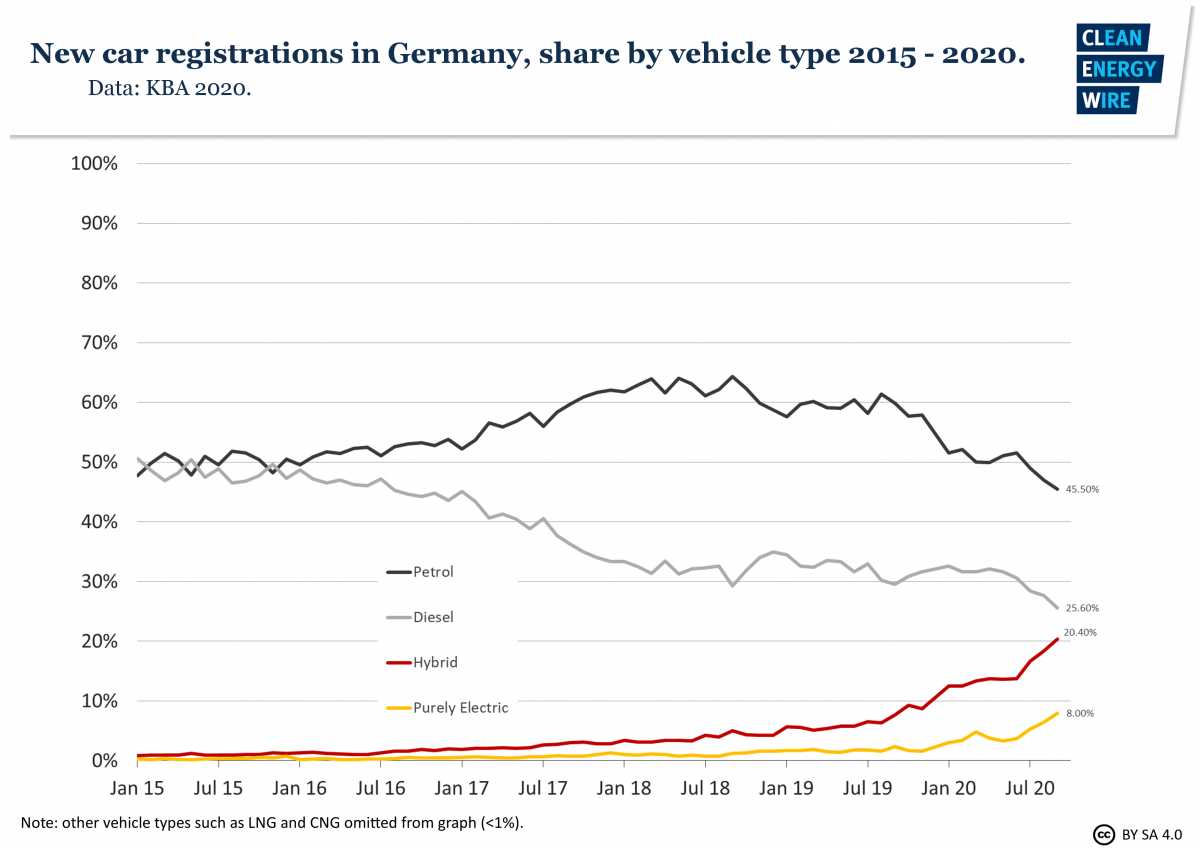