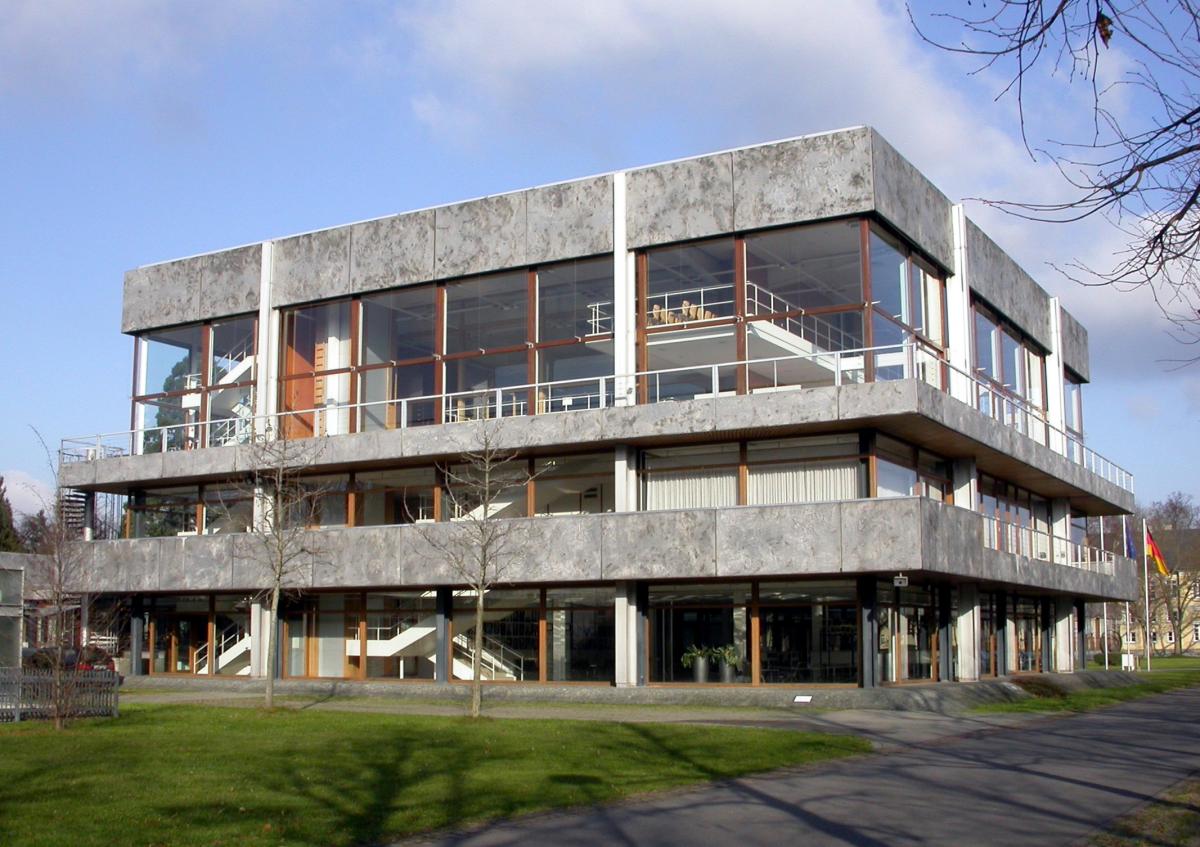 Germany's Federal Constitutional Court in Karlsruhe. Credit: Tobias Helfrich
According to Germany’s constitutional court, the government’s 2011 decision to speed up the nuclear power phase-out was in line with constitutional requirements. Nuclear power plant operators argued the move amounted to expropriation and demanded large sums in compensation, but this claim was rejected by the judges. However, the court partially acceded to the companies’ objection, ruling that an amendment accompanying the accelerated exit had violated property rights. While this means the utilities are eligible for some compensation, the government still regards the judgement as backing its decision.

Germany’s accelerated nuclear phase-out in 2011 was “essentially constitutional," the country’s constitutional court has ruled. But nuclear plant operators are eligible for partial compensation for losses incurred after the decision to speed up the exit from nuclear power production following the Fukushima nuclear incident, the Bundesverfassungsgericht in Karlsruhe explained. The lack of a compensation scheme for the utilities’ investments made in “good faith” in 2010 amounted to a violation of their property rights by the state, it argued.

The court ruled that the decision to acclerate the nuclear exit was aimed at “minimising the residual risk of nuclear power generation” in order to protect the German people and the environment, and motivated by “common welfare” and therefore “legitimate.”

However, the judges decided that plant operators had the right to legally enforce a claim for compensation for investments made prior to the hurried nuclear exit.

The nuclear power exit had initially been agreed under a Social Democrat-Green Party coalition government in 2002. In 2010, the governing Christian Democrats and the Free Democrats extended plants' service lives by an average of twelve years and allowed them to feed more power on to the grid. Several months later, this decision was revoked in reaction to the Fukushima disaster.

According to the ruling, investments made after the extension was granted had been “devalued” by the government’s repeal. The judges found the legal amendment to accelerate the exit should have included a settlement for written-off investments, and called on legislators to enact a new regulation by mid-2018.

“The companies' billion-euro demands are done for”

Plaintiff RWE said in a press release that it appreciated the court “partially followed” the utility’s interpretation of the law. “Germany’s nuclear exit will not be affected by today’s ruling,” the company added. RWE Power CEO Matthias Hartung said the company would now examine the judgement in detail and did not comment on how much compensation the company would demand in light of the judgment.

E.ON said in a press release that it was ready for “constructive negotiations” over the implementation of the ruling, which “possibly could take some time.” The company said it did not expect to receive any compensation in the near future. Like RWE, it did not indicate sums demanded.

Germany’s environment minister, Barbara Hendricks, said she was “very satisfied” with the court’s decision. The judges had confirmed the legality of the hasty 2011 exit and also approved of the fixed decommissioning dates for the nuclear plants. “The companies' billion-euro demands are done for,” Hendricks said.

“A good day for the nuclear phase-out”

According to a report by Frankfurter Allgemeine Zeitung, the utilities’ compensation demands before the ruling amounted to roughly 19 billion euros. Patrick Graichen, director of the energy policy think tank Agora Energiewende*, says this figure will be substantially lower after the judgement.

“The court criticised that investments in the few months between October 2010 and June 2011 have not been compensated,” Graichen said. The losses incurred due to this omission and due to the shorter life span of the nuclear plants would be “in the range of 1 to 2 billion euros at most.”

“Today is a good day for the nuclear phase-out,” Greenpeace nuclear energy expert Heinz Smital told Clean Energy Wire. He called the court’s judgement “a rebuff of the companies’ excessive compensation demands,” adding that today’s lower wholesale energy prices would have diminished their returns on investment regardless.

In the ruling, the judges explained that companies did not necessarily have to be compensated financially but could receive extensions for the decommissioning of certain plants instead. Smital said Greenpeace “decidedly disapproved” of this alternative, pointing to the “outstanding motives of common welfare” the court had cited for endorsing the decision for a speedy nuclear exit.