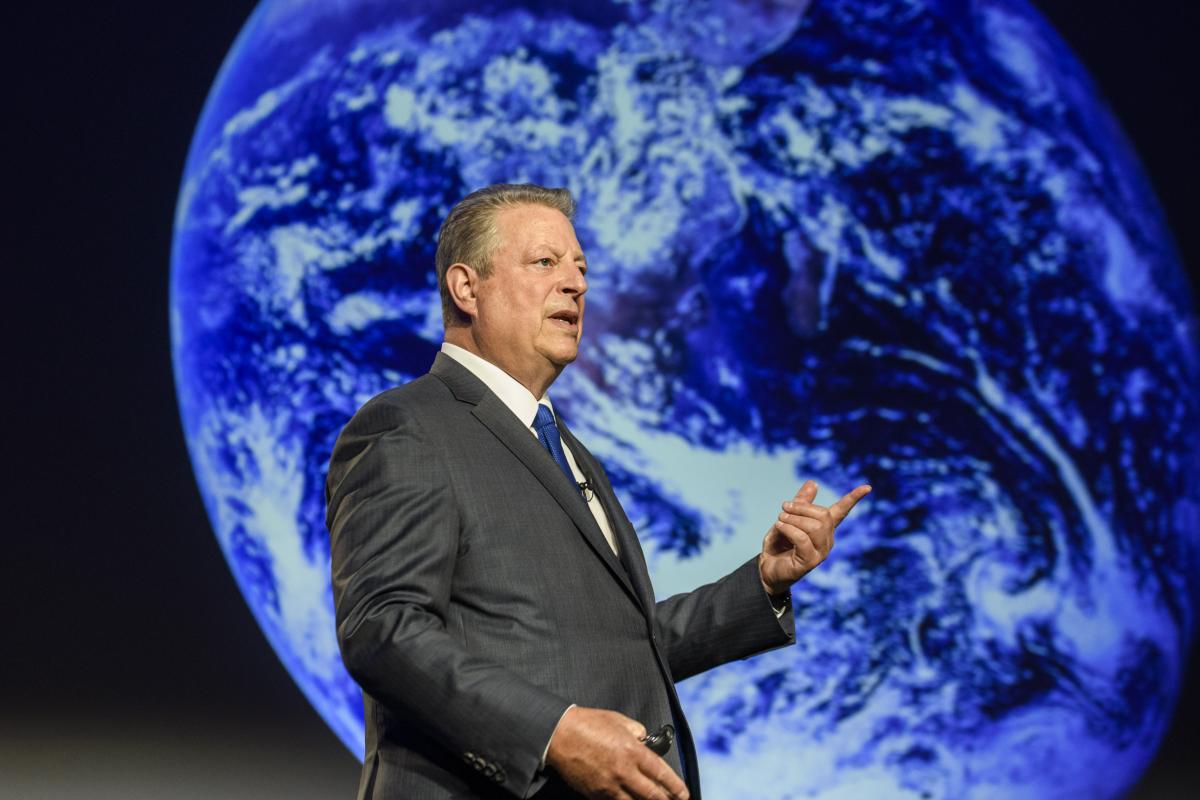 Germany has provided inspiring visionary leadership on energy and climate change for many years, but is now at risk of being left behind, former US Vice President Al Gore said on the first working day of the country’s coal exit commission. During a visit to Berlin, the renowned climate activist called on the commission’s members to make a decision “truly of historic nature” and phase out fossil power sources for good. Despite the rapid shift towards renewable energy sources in recent years, Germany has been struggling to reduce its greenhouse gas emissions, not least due to its influential coal industry. But in their first statement, the coal commission’s leaders say that this has to change in order for Germany to set an example of how the Paris Climate Agreement’s objectives can be met.

For many years, Germany has been an inspiring global leader on energy and climate policy - but the country must now make the right decisions to phase out coal or risk falling behind, former US Vice President Al Gore said during a visit to Germany’s capital, Berlin, from 26 to 28 June. On the first day of his visit, the commission tasked with planning the country’s coal exit held its inaugural session. “It is not an accident by any means that we are here in Berlin on the first day the coal commission is meeting that will chart the future course of Germany,” Gore told a crowd of more than 600 climate activists at a training organised by Climate Reality, an NGO the politician-turned-activist has founded. “What Germany does is crucial,” he said, adding that Germany's climate leadership by now had become an "old narrative."

Gore praised Germany’s “very long and very proud tradition of a forward-looking approach to the challenges of energy and the environment.” However, he said the country has failed to reduce its greenhouse gas emissions for four years, so “now comes a time where Germany is at risk of being left behind.” Gore acknowledged that this impression might be at odds with many people’s perception of Germany, as the country’s policies had helped a great deal in getting renewable energy sources off the ground.

Germany’s energy transition from coal and nuclear power towards renewable sources - known as the Energiewende - has seen the share of wind and solar power and other renewable energy capacity in the country’s energy mix grow to about one third of its total power consumption thanks to financial support granted to investors. But emissions reduction in Europe’s industrial powerhouse has stagnated during the past decade, leading the government to officially wave goodbye to its 2020 climate target and focus instead on meeting its emissions reduction goals by 2030. The coal commission has a crucial role to play in this process.

“This will be the litmus test”

After the group held its first working session at the federal ministry for economy and energy (BMWi), the commission’s leaders seemed to acknowledge the global dimension of their endeavour that would also be considered a test for Germany’s entire Energiewende project. “This will be the litmus test for everything that is yet to come,” said co-leader Matthias Platzeck (SPD), former state premier of Brandenburg, an important coal mining region in eastern Germany.

Platzeck said the commission would have to come up with credible economic perspectives for coal workers and mining regions. This would help the authorities garner societal support for the phase-out, and would also prove that the government is able to initiate changes in other important sectors, particularly in transport and agriculture. Platzeck’s colleague, former Saxony state premier Stanislaw Tillich, said the experiences Germany is about to gain with the coal commission could serve as an example for other coal regions across the world that embark on a phase-out of this major, traditional energy source. 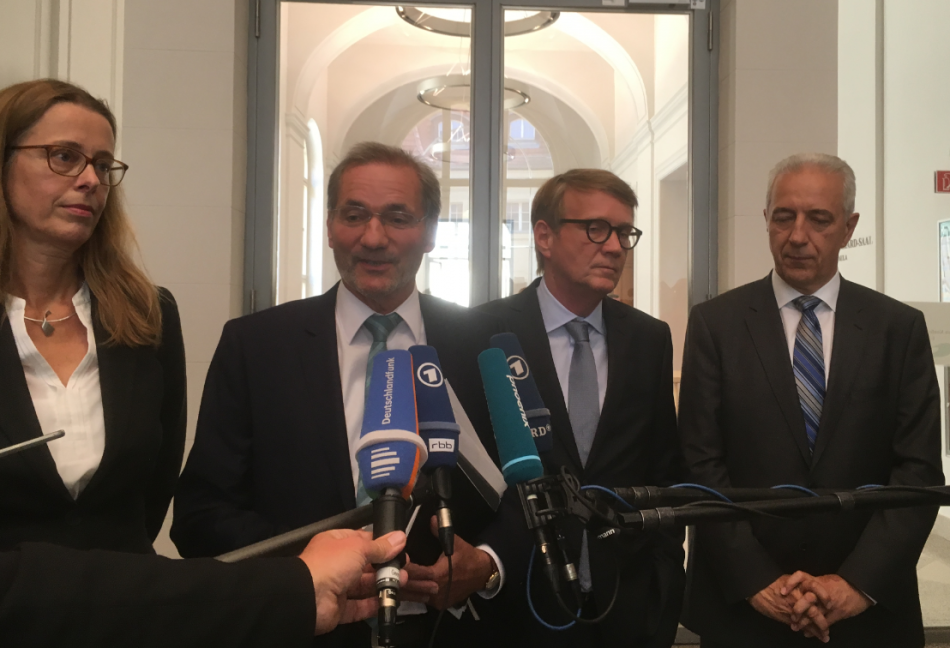 The commission is tasked with charting a coal exit path by the end of 2018 and presenting short-term measures to reduce CO2emissions ahead of the next UN climate conference, COP24, to be hosted by Poland. The commission’s co-leader, climate economist Barbara Praetorius, said the group would work throughout the summer to uphold the timetable, and would identify the most productive and acceptable solutions from a multitude of proposals on the coal regions’ future. “I’m optimistic that we can stick to our schedule,” she said.

Back at Climate Reality’s training event, some two miles away from the ministry building, Gore said that Germany’s decision to phase out nuclear power was partly responsible for its lagging record in emissions reduction. “But, of course, the political and economic power of the coal industry has also played a role.” Gore called on the members of the coal commission to decide the path to phase out coal - a decision “truly of historic nature”. Gore said he plans to meet with several members of the commission during his stay in Berlin.

A system based on renewable energies is “the way of the future,” Gore said. Already today, there are five times more jobs in the wind and solar power industry than in coal in Germany. “Other progressive European governments are now moving faster than Germany in creating these new jobs,” said Gore. “We have to look for future opportunities that we need to seize and that Germany needs to seize.”

“If we don’t do this right, Germany’s time of climate leadership is over”

During the early phase of its Energiewende, Germany had harvested the low-hanging fruits by bringing renewables to the market, said Christoph Bals, policy director at the NGO Germanwatch, during a panel discussion held after Gore’s address. Today, the country is at risk of missing its climate targets, because changing the coal and transportation sectors – on which Germany’s entire culture, jobs, and industrial basis depends – is a far more difficult task.

“In the last century, the entire prosperity of Germany was built on coal and steel. Today, the transport sector is the country’s biggest job machine,” said Bals.

This is why the coal commission must find the right answers. “It’s a crucial time for Germany. If we get this right, Germany can again play a strong leadership role in the climate debate. If not, its time is over.”

Due to resistance from many sides, Germany’s politicians currently lack the courage to move forward. “There is the big fear that the right-wing populists, the AfD [Alternative für Deutschland], might win even more votes because of this transition,” said Bals. “That is the main fear stopping politicians from moving forward at the moment.” To ensure progress, one needs to show that the population’s reaction is positive, especially in affected regions.

Bals said that he hopes Germany will be able to present “at least a rough plan” on how to phase out coal at the COP24 in Katowice in December. “Together with an announcement by the EU to have more ambitious targets for 2030, this would send a strong signal at a time when the US government is leaving the game.”