Factsheet
Germany has launched a highly anticipated task force on phasing out coal power, the most prominent blemish on the former climate action pioneer country’s emissions reduction record. The coal exit commission is supposed to find economic perspectives for coal workers and regions, spell out measures to reduce carbon emissions in line with Germany's climate targets and name an end date for coal-fired power production. 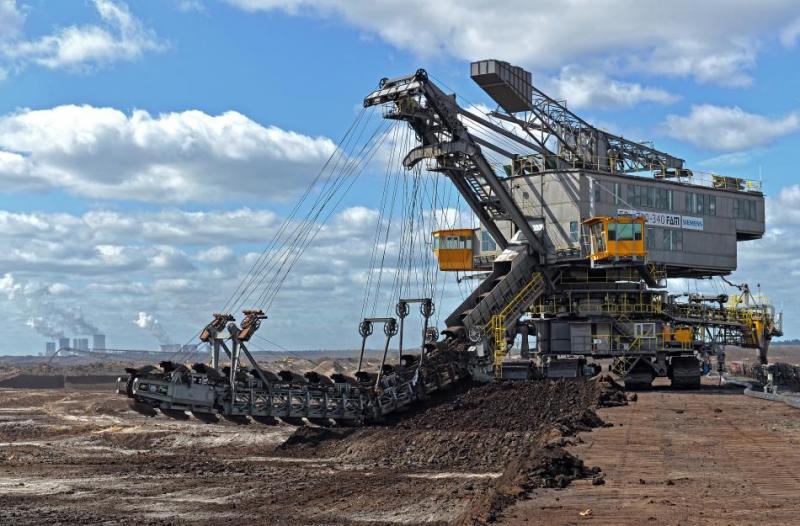 Initial deadlines to publish recommendations before the COP24 in Poland and the final report by year end were scrapped in late November. They are now scheduled for release after the last planned commission meeting on 1 February 2019.

The commission additionally will have the following 24 members:

Additionally, the commission has decided to split itself up into two seperate working groups, one focussing on "energy industry and climate goals" and the other one on "economic development and jobs in the region." The groups are open to all members of the coal commission.

- Identify measures to ensure Germany meets its 2030 climate target by reducing emissions from the energy sector by 61 to 62 percent, compared to 1990 levels

How did the commission come about?

The idea of launching a commission to manage the phase-out of coal by reaching a broad consensus was first introduced in the Climate Action Plan 2050 in November 2016. It was called the “Commission for growth, structural economic change and regional development” but the government later changed the last aspect to “employment”. The re-brand underlined the body’s central aim of facilitating a transition away from coal with as little economic fallout as possible. This was echoed in the government’s decision to set up the commission under the management of the Federal Ministry for Economy and Energy (BMWi), rather than the Environment Ministry (BMU).

The commission transfers responsibility for planning the controversial phase-out from government to an external body, which is to include representatives of the federal government and parliament, the federal states, of local authorities for coal regions, and the private sector. It is to develop an overarching approach to managing the coal phase-out’s technical, legal, economic and social impacts. In the German government’s coalition treaty, the governing coalition between Chancellor Angela Merkel's conservative CDU/CSU alliance and the Social Democrats (SPD), agreed to set up a “special commission” to plan a coal exit strategy. This is not the first time the government has used this model; a similar commission was set up to manage financing of the nuclear phase-out.

The CDU/CSU-SPD government formed following the failure of the “Jamaica coalition” talks between the conservatives, pro-business FDP and the Green Party, which included intense debates over the future of coal in Germany. Shortly before the collapse of the Jamaica talks, Chancellor Angela Merkel’s conservatives agreed to retire 7 gigawatts (GW) of coal power capacity by 2020. However, they withdrew this offer in talks to form a government with the SPD.

What is the commission supposed to do for coal region economies?

The commission’s official mandate opens with a clear commitment to the federal government’s general aim of "creating full employment and equal living conditions throughout Germany." This highlights the body’s central task of ensuring that a coal phase-out does not inflict substantial economic upheaval on regions that have been economically dependent on coal for decades. 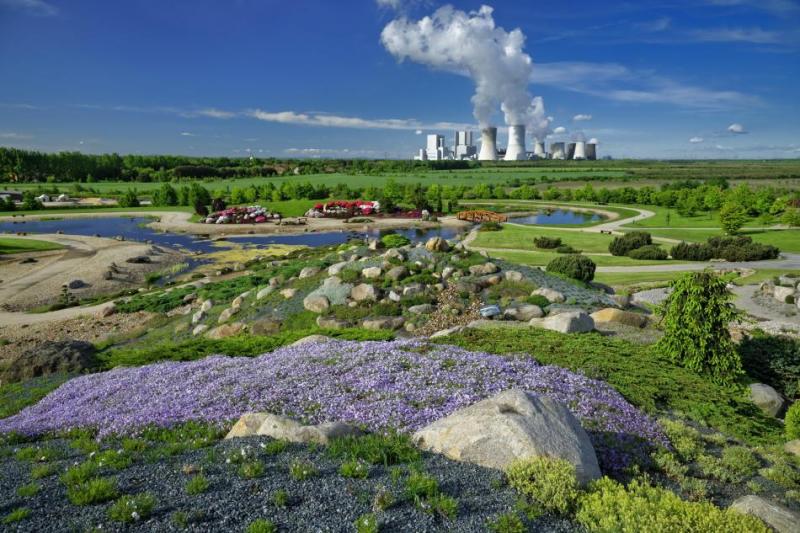 "Implementing the Climate Action Plan will accelerate the structural change in many regions and economic sectors,” the paper says, warning that disruption will be particularly felt in the energy sector. The commission therefore is supposed to present alternatives to coal for affected regions, and develop ideas for better local transport connections, the training of skilled labour, settlement of research facilities, entrepreneurial opportunities and other measures to boost economic competitiveness. It shall come up with a plan to pay for these measures with a combination of national and EU funding.

The commission is expected to make green energy a bedrock of the regions' economic perspectives. As well as Germany’s economy and energy ministry and the environment ministry, two further ministries will work with the commission’s steering group – the ministries for labour (BMAS) and for the interior (BMI). The ministries for transport (BMVI), finances (BMF), agriculture (BML) and education & research (BMBF) also dispatch state secretaries to an inter-ministerial committee.

Industry organisations, such as the Federation of German Industries (BDI) or the Association of German Chambers of Commerce and Industry (DIHK) together with labour organisations, such as the German Trade Union Association (DGB) and the Trade Union for mining, chemicals and energy industries (IG BCE) will to participate and contribute to plans for the coal regions’ economic perspective. The commission's findings will then be presented to a state secretary committee.

To put those figures in perspective, Germany’s wind power industry alone employed around 160,000 people in 2016. The entire renewable energy generation sector provided jobs for roughly 340,000 people, or half the German energy sector's workforce. Still, while renewable energy is a growing industry, it won’t necessarily offer opportunities for those who currently enjoy stable employment in the fossil fuel sector. [See the factsheets Coal in Germany and German onshore wind power for background]

Germany’s coal mining areas, especially the Rhine-Ruhr area in the west and Lusatia in the east, have seen times of great prosperity and supported the entire country’s economic growth. But they no longer are among the most affluent regions. The economies of entire municipalities are dependent on coal, and coal companies often are the biggest local employers. Taking coal out of the equation will also impact suppliers and service providers, and have knock-on effects on the wider economy as many cities and municipalities have organised their infrastructure and finances around the fossil power source. 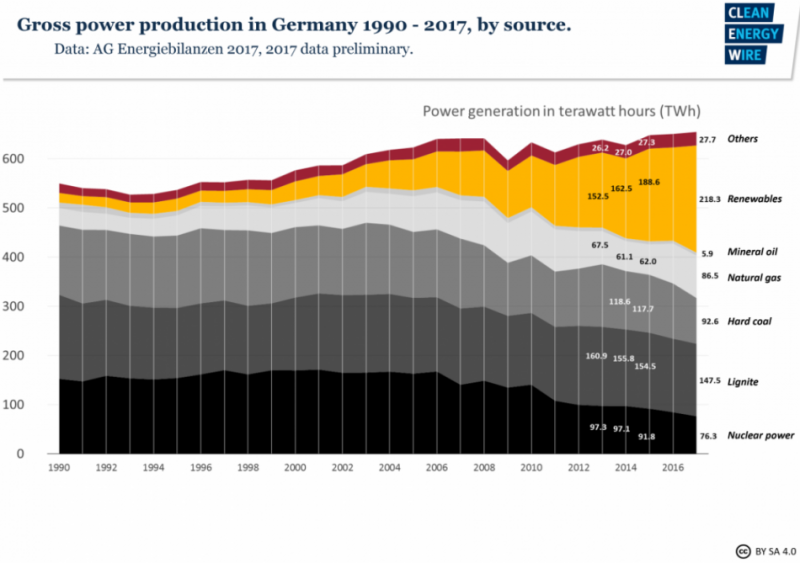 What responsibility does the commission have for climate targets?

The commission works to fulfil Germany’s Climate Action Plan 2050, which outlines a strategy to achieve the country’s targets under the Paris Agreement. The plan sets out concrete emissions-reduction targets for individual sectors of the economy and says the energy sector must cut its CO2 emissions by 61 to 62 percent (compared to 1990 levels) by 2030.

The coal commission has been tasked with identifying how much of that goal can be achieved by using less coal. However, Jochen Flasbarth, state secretary in Germany’s environment ministry (BMU) told the Tageszeitung newspaper that the target for coal emissions would be “roughly the same” as for the energy sector as a whole. 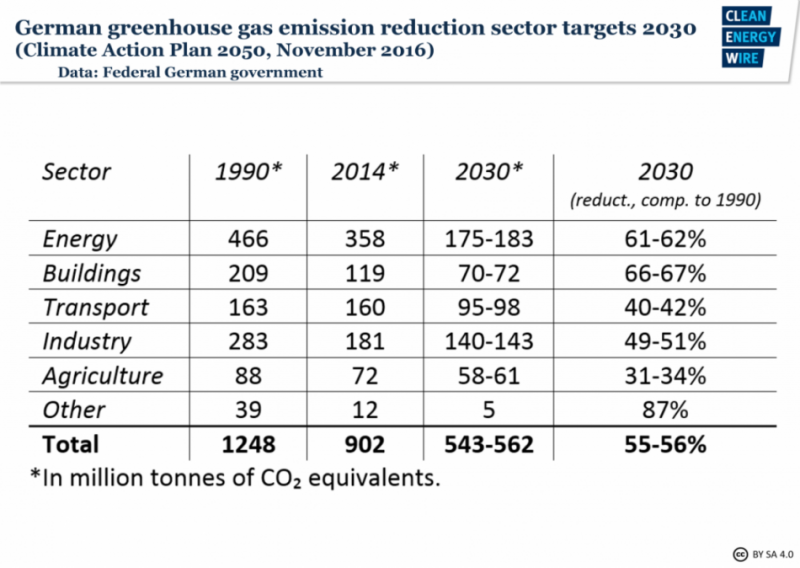 The commission is also supposed to come up with ways to close the gap to Germany’s 2020 climate target “as far as possible” before the COP24 in Poland. As of 2017, Germany had cut its CO2 emissions nearly 28 percent compared to 1990 levels, but most observers, and the environment ministry, see hitting 40 percent three years later as impossible.

How does the commission operate?

A leaked document on the commission's standing orders seen by the Clean Energy Wire provides insight in the way it will make and communicate its decisions. The document confirms that the commission has four leaders and 24 regular members, all of whom have voting rights. In addition, three more members, all from parliament, take part without voting rights. The leaders are supposed to both represent the commission to the public and coordinate its work internally. They are supposed to “act jointly” and to “strive for common solutions” as much as possible.

The commission can make use of the involved ministries’ research capacities and request reports on specific topics. It can also appoint external experts and additional members to take part in selected meetings.  The commission can make decisions as long as more than half of its members with voting rights are present at a meeting. Decisions are adopted if there is a two-third majority in favour of them.

The commission reports to a state secretary committee and submits its final report directly to the government, which will then disclose it to the public. The members will aim to find mutually agreed upon solutions for all crucial questions, since “its success ultimately depends on finding a broad consensus.”

How much of Germany’s carbon footprint comes from coal?

Coal was the largest source of German energy-related carbon emissions in 2016. The country still is the world’s largest producer and consumer of lignite. Lignite and hard coal combined covered close to 37 percent of German power production in 2017, and were responsible for over 80 percent of emissions in the power sector. Power generation as a whole produced about a third of Germany’s total emissions.

According to WWF Germany, the 2020 climate target could still be met if 7 GW worth of old lignite plants were shut down, and a minimum carbon price established. At the beginning of 2018, there were nearly 47 GW of coal capacity installed in Germany.

What do critics say?

Green Party leader Annalena Baerbock said the commission’s focus on economic stability was out of step with Germany’s commitments under the Paris Agreement, and outmoded concerns were likely to prolong the use of coal in Germany too far. She also criticised that the commission does not include any members of opposition parties for a task that the government has described as a national effort.

The Left Party's energy policy spokesperson, Lorenz Gösta Beutin, criticised that there are not enough representatives from eastern Germany present in the commission. Apart from the two co-leaders Tillich and Platzeck, who hail from eastern regions, eastern Germans with their special experiences in economic disrpution brought about by reunification are not adequately represented, he said.

WWF Germany’s Michael Schäfer criticised the appointment of state premiers Platzeck and Tillich as heads of the commission, saying they would be biased towards industry at the expense of the environment. The pair stand for “coal policy that cannot be reconciled with German and international climate targets,” Schäfer said. He called for a clear mandate to phase out coal as quickly as possible. 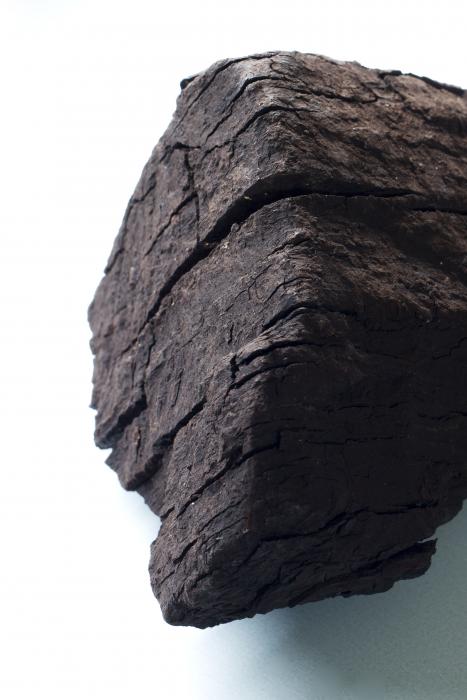 Together with other environmental organisations, WWF Germany has called for “a clear exit path” that also contains a 2025 climate target to mark progress towards the 2030 goals.

Greenpeace climate expert Karsten Smid said the participation of several ministries in the commission was counterproductive to a quick solution. He said the structure “risks continuing to beat around the bush over a coal exit”. Smid said the large number of people on the commission made a clear objective even more important.

What will happen after the commission?

The commission’s work will inform the passages on energy-related emissions in Germany’s Climate Protection Act (CPA), which Environment Minister Svenja Schulze promised to introduce in 2019. The law “will set the rules for how we fulfil the 2030 target and how this can be monitored,” Schulze said.

Apart from questions over emissions reduction, employment and supply security, the commission’s report will assess the phase-out’s impact on power prices, supply security and competitiveness. However, Schulze said the Paris Agreement was “the big goal” government had in mind when setting up the commission.

In its coalition treaty, the government also says it wants to replicate the commission to solve delicate matters in other areas of climate action. Similar bodies are to be set to cut emissions from the construction and transport sectors.